10 Things You Probably Didn’t Know About the Vatican 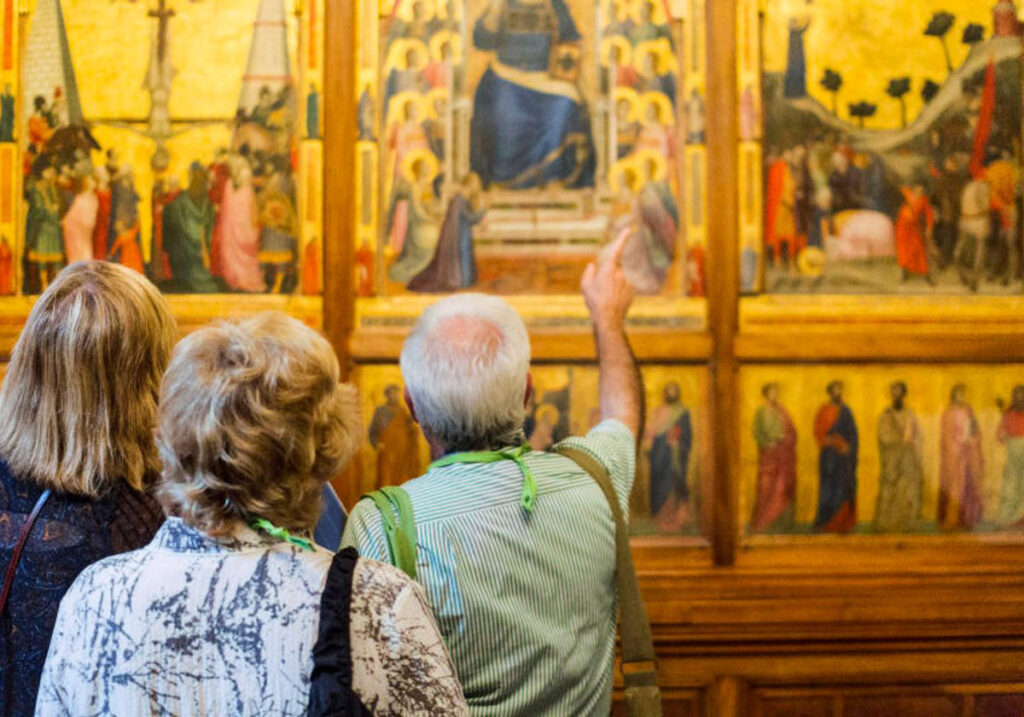 Home to the Sistine Chapel, St. Peter’s Basilica, and the Vatican Museums, the Vatican—officially known as Vatican City—is one of the most popular tourist attractions in Rome.

Located on Vatican Hill in central Rome, travelers come here as part of a religious pilgrimage, to view some of the most famous works of art in the world, and to learn about the unique history and background of the Roman Catholic Church’s headquarters.

Whether it’s exploring the dome and crypts of St. Peter’s Basilica or taking a private, pre-dawn look at the Sistine Chapel, going on a guided tour of the Vatican with Walks Rome gives you an in-depth look at the fascinating history and culture of this city-state.

Here are 10 fun facts about the Vatican you probably didn’t know.

1. Vatican City is technically a country

Even though Vatican City is located within the country of Italy, it’s actually its own separate city-state. While it may not have all the same hallmarks of other countries (for example, you won’t get a passport stamp when you enter, and it doesn’t have prisons or hospitals), it does have its own football team and the world’s shortest railway.

It even has its own form of military. Known as the Swiss Guard and identifiable by their bright, colorful uniforms, the 135 men who make up the Swiss Guard carry on a legacy of protecting the pope that stretches back to 1506 and Pope Julius II.

2. It’s also the smallest country in the world

Both in terms of size and population, Vatican City is the smallest country in the world. At only 109 acres, it’s one-eighth the size of Central Park in New York City.

The majority of the city-state is encircled by the Vatican Walls, which share a two-mile border with Italy. Not only that, but it’s also the only full country to be a UNESCO World Heritage Site. 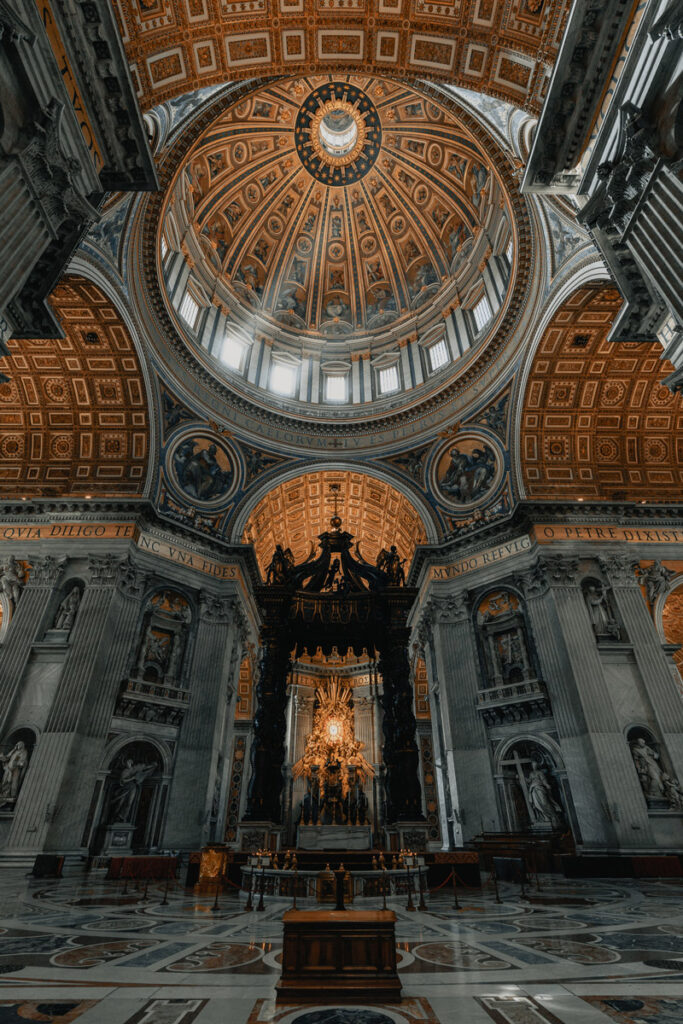 While the Vatican annually receives millions of visitors, less than a thousand people in the world can claim it as their home country. Vatican City has an official population of roughly 800 citizens.

4. It’s home to the largest cathedral in the world

Founded by Pope Julius II in 1506, the Vatican’s 54 public museums house and showcase many of the incredible works of art that the Catholic Church has either amassed or commissioned over the centuries.

Officially, the museums protect some 70,000 works of art, but typically only 20,000 or so are on display at any one time. That still leaves art lovers with thousands of priceless works of art to admire and appreciate, from Renaissance classics to the frescoes of the Raphael Rooms.

6. It drinks more wine and has more crime than anywhere else on Earth

Vatican City, a hotbed of crime and drinking? Technically yes, but it’s not exactly what you think.

Statistically, its incredibly small population means it has the most crimes per capita. Most of these crimes are petty theft or pickpocketing carried out by tourists.

It also turns out that Vatican residents enjoy partaking in wine, with the highest per capita consumption of wine in the world. Each person drinks approximately 74 liters of wine each year. Once again, it holds the record because of its small population, as well as the immense amounts of wine needed for religious ceremonies like the Eucharist. 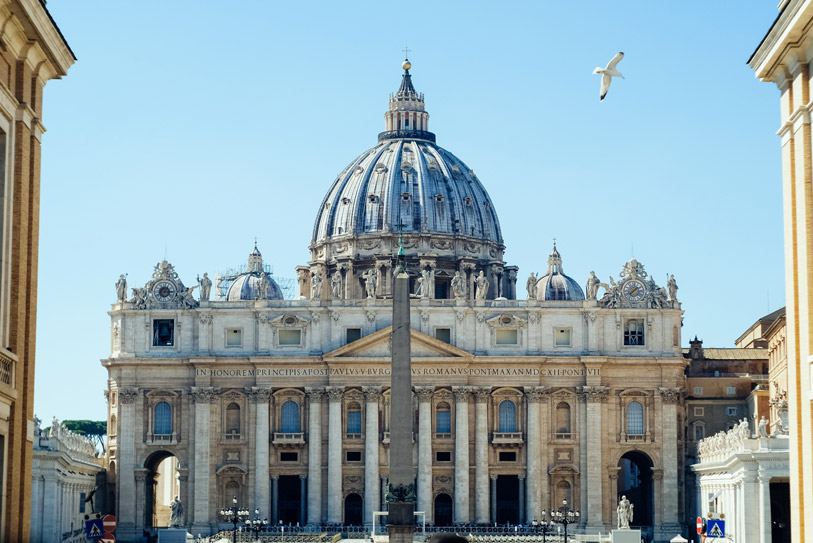 7. It owns a telescope in Arizona

The Vatican doesn’t just look to heaven in theory. It does so literally through its own astronomy program.

However, light pollution has made it difficult to use the local Vatican Observatory near Lake Albano, so in 1981 the Vatican purchased the Vatican Advanced Technology Telescope on Mt. Graham in southeastern Arizona. From there, the Vatican conducts astronomical research on a variety of subjects.

As one of Rome’s most famous destinations, Vatican City can get pretty crowded. The museums alone receive more than 25,000 visitors in a single day.

To avoid crowds, it’s best to visit early or late in the day, in the middle of the week, or in the winter, which is the low season for tourism in Rome. Another way is to go with a Walks Rome tour that includes skip-the-line priority access. 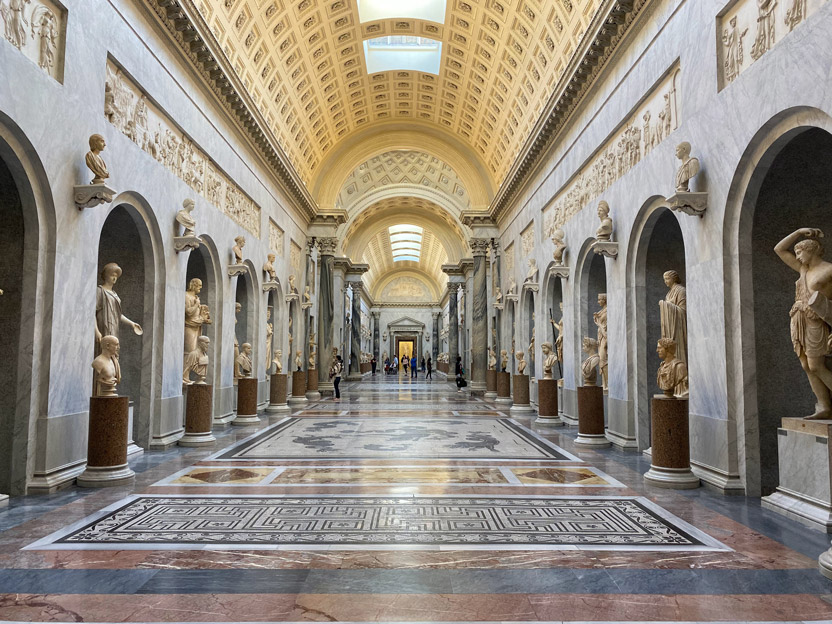 It’s true! As an official city-state, Vatican City has only been around for less than a hundred years. It became its own sovereign state in 1929, created by none other than Benito Mussolini. Of course, as the seat of the Roman Catholic Church and home to each elected pope, the Vatican’s history dates back to the 4th century CE.

10. It has an ATM with instructions in Latin

The official language of the Holy See is Latin, so there’s an ATM with withdrawal instructions in Latin. Nonne frigus est? (How cool is that?)

Don’t worry, though: Italian is still the official language of Vatican City.

Visiting the Vatican, seat of the Roman Catholic Church

Ready to learn even more about Vatican City? Going on a Walks Rome tour of the Vatican is the best way to get the most out of your visit, with an expert guide leading and teaching every step of the way.

Not only that, but exclusive skip-the-line access and private tours allow you to spend more time exploring the Vatican and less time waiting in line.