Skip to content
Things To Do / In God’s Own Country – Yorkshire!

In God’s Own Country – Yorkshire!

Things To Do » In God’s Own Country – Yorkshire! 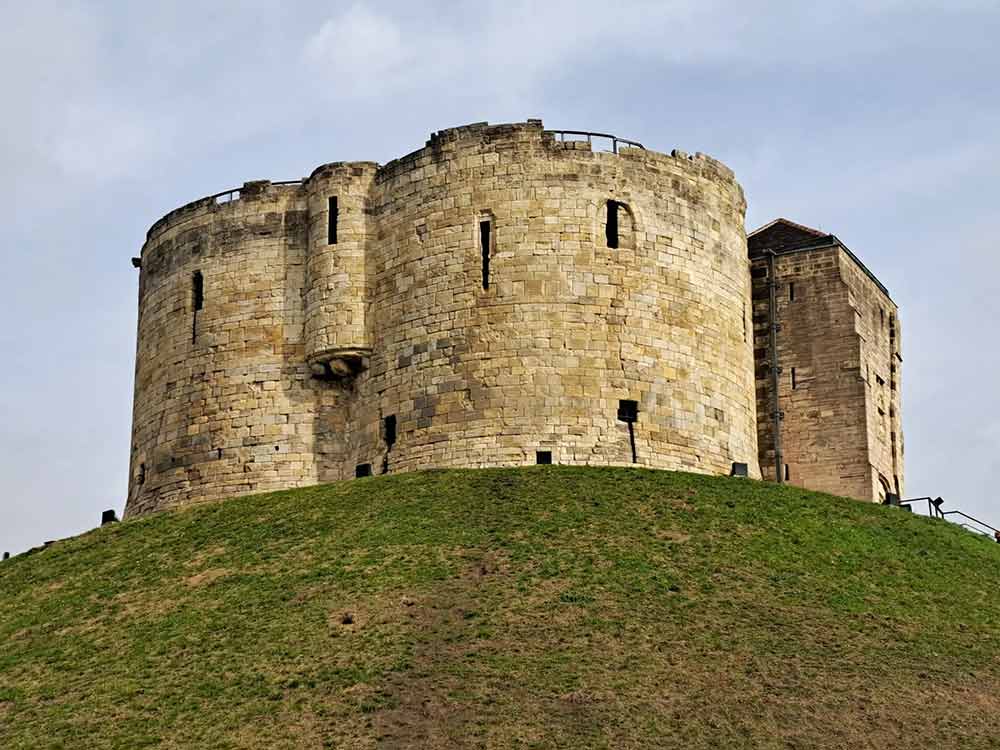 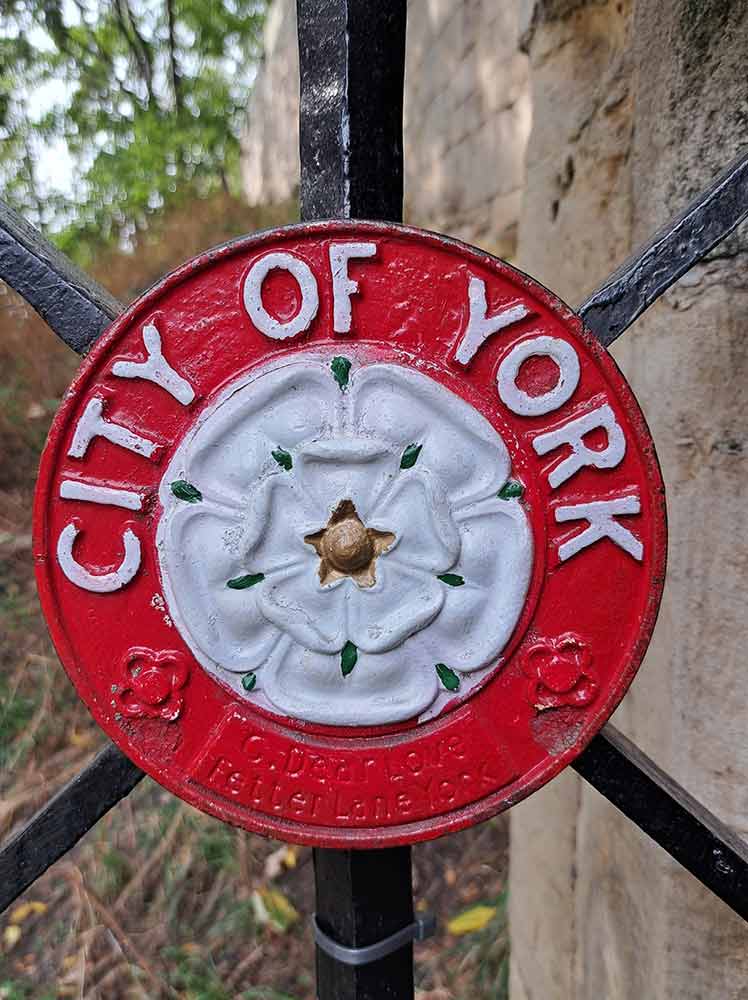 Seven days exploring the City of York & North Yorkshire
It has been over twenty years since I first visited the beautiful Yorkshire capital of York, some vague memories of walking the roman walls & travelling on a time machine back to the streets of Viking York complete with the sounds & smells of the city at the JORVIK Viking Centre and a very brief visit to the majestic Minster, so I was very excited to be given the opportunity to explore this fascinating city once more.

I had spent the first part of my road trip to Yorkshire visiting the North coast taking in the coastal towns of Whitby & Staithes. Whitby never disappoints, fish & chips at Papa’s on the quayside, an exhilarating stroll along the harbour walls battered by light wind & rain and gazing at the wide selection of sweets & jet gemstones for sale in the shop windows. I even managed to climb the one hundred & ninety nine steps up to the Abbey, yes I counted them all, now in the care of English Heritage. Taking a drive out one day I stopped off at the delightful coastal village of Staithes, somewhere I had wanted to visit for many years. Parking up at the top of the village, my wife & I enjoyed a gentle stroll down the steep village road and along to the harbour walls. The sound of the crashing waves, the towering cliffs & restless grey clouds made for a simply stunning spectacle!

A short drive south across the North York Moors, found us stopping off at Goathland or ‘Aidensfield‘ as it later became in the television series ‘Heartbeat’. Younger visitors may even remember its role in the ‘Harry Potter’ films, but I had stopped off at this windswept moorland village to marvel at the incoming steam locomotives at the Heritage railway station. What excitement when not one but two steam giants rolled in to the station. My day was complete! With the glorious Yorkshire Dales & stunning North York Moors right on its doorstep, York has a great deal to offer the visitor. World-class museums and one of the best racecourses in the country, any visit to York needs some serious planning because there is so much to do! The city was even voted the best place to live in the UK by the Sunday Times quite recently! Praise indeed!

I would be staying at The Principal York just a few steps from the train station, the perfect base from which to explore the city. The Hotel opened in 1878 as the Royal Station Hotel, the North Eastern Railway Company’s flagship hotel designed as an integral part of the station. Blending the grandeur of late-Victorian architecture, Award-winning interior architects Goddard Littlefair have refurbished and restored the hotel’s rooms and public spaces to create 155 elegant, comfortable bedrooms & suites in balanced, neutral tones.

From the exterior, The Principal looks like a palace of Scarborough brick and on the interior, it has a luxurious and sophisticated style. As you step into the Hotel you will feel like royalty and very comfortable with the warm reception you will receive at the reception desk. My luxurious room had the best view of York Minster I could have wished for! York does architecture really well and the Principal Hotel is no exception. Despite the extensive renovations there are still many original details to savour such as the stunning Victorian staircase. All of the public areas, such as the garden room and reception were elegant & sophisticated and my bedroom was vast with a very tall ceiling, showing off its unique history & exceptional heritage. They really don’t build hotels like this anymore, so the Principal Hotel York is a rare gem indeed! 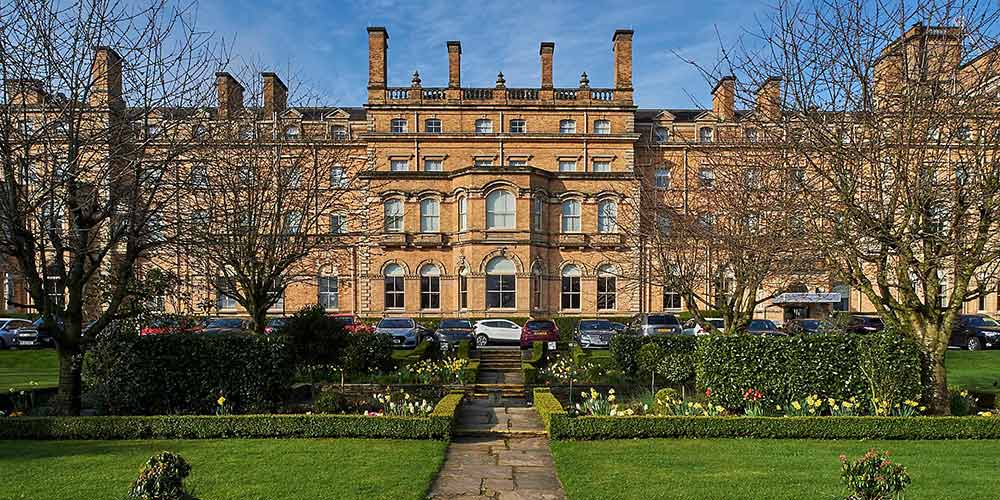 Clifford’s Tower is the largest remaining building of York Castle, northern England’s greatest medieval royal fortress. I made my way up to the spectacular roof deck offering some terrific views over the city. I loved the soundscape interpretations telling the story of Clifford’s Tower bringing its dramatic and sometimes tragic story to life  from speakers inside the seats!

York Art Gallery. Works by the some of the great names of British Art including L.S. Lowry, J. M. W. Turner & David Hockney sit comfortably alongside some of the best ceramic art in the world. At the back of the building, I took a walk into the Artists Garden & the Edible Wood, with its current exhibition of ghost figures & topiary animals, before exploring the rest of the beautiful York Museum Gardens. An oasis of calm!

York Minster. If you visit York you have to visit the Minster, it can be seen from every part of the city & beyond! It is a masterpiece of stained glass and stone having been at the centre of Christianity in the north of England since the 7th century. Make sure you check out the exquisite, handcrafted stone craftsmanship and supreme collection of medieval stained glass. I sat for a while in the Chapter House & The Quire looking for the hidden creatures in amongst the incredible wood carvings. The Great East Window, telling the story of creation to the apocalypse is the largest single expanse of medieval stained glass in the country and was absolutely stunning! The Rose Window, badly damaged by fire in 1984 is now fully renovated and it is today one of the finest in the country. If you have the time, unfortunately I didn’t, go down into the Undercroft Museum & explore the remains of a Roman barracks or if you are fit & healthy enough climb the 275 steps up the Central Tower to enjoy some incredible panoramic views of the city.

I love locomotives! As a child I remember standing under railway bridges as the steam engines hurtled past underneath, coughing & spluttering! The National Railway Museum offered me a journey back through time. I was able to get up close to some real icons of the golden age of the railways including Mallard, the world’s fastest steam locomotive and a two hundred year old Stephenson`s Rocket! Walking around these giants of the steam age I discovered how the railways had shaped our world, from the splendour of royal train carriages belonging to Queen Victoria and authentic mail trains complete with post! I found the Open Store containing over 10,000 ephemera, memorabilia, station signs, furniture & other railway objects fascinating.

Having walked for what seemed miles around the city I was more than happy to step on-board my York City Cruise with City Experiences by Hornblower at Lendal Bridge on the River Ouse for a sightseeing cruise which was both entertaining & informative. For about forty five minutes I was entertained, informed, and amused by the on-board commentary! We decided to sit up on the top deck but on the return journey retreated to the comfort of the downstairs enclosed space. I discovered all sorts of fascinating facts about the city and the impact the river Ouse has had on its development. From the impact of flooding over the centuries to its prosperity as an inland port, bringing precious goods from across the globe into York, including the humble cocoa bean, that super-charged York’s world-famous chocolate industry. Some of my fellow cruisers took advantage of the facilities onboard our cruise, treating themselves to a wide range of refreshments at the on-board bar. Stocked with a selection of local beers, wines, spirits, soft drinks, hot drinks and snacks there was plenty to choose from!

York has, since Roman times, been defended by walls of one form or another. Substantial portions of the walls remain, and York has more miles of intact wall than any other city in England. The walls are generally 13 feet (4m) high and 6 feet (1.8m) wide. Before going up onto the walls I was invited to the City Walls Experience, formerly known as the Henry VII Experience, located in the southern gatehouse at Mickelgate Bar which was about five minutes’ walk from my Hotel, The Principal. Historically the main entrance to the city for anyone arriving from the south, at least six reigning monarchs are known to have passed through this gate, so I was in very exclusive company! A restoration of the Bar was completed in late 2017 and the City Walls Experience opened this year in 2022!

Created by the team behind the award-winning JORVIK Viking Centre, I explored all three floors of this important gatehouse and discovered a great deal about how York came to be a walled city and how the famous walls have evolved and changed since the first embankments were built by the Romans. The top floor featured a central map with displays highlighting the features from different periods in history that are still visible today, as well as those that have been lost to time. From Royalty to soldiers and even a policeman lived here, some very good video presentations brought their stories to life.

I had a wonderful few days exploring the City of York but there is so much more for me to do in the city I have already started to plan my next visit. See you there!

The Travel Locker – Travel for everyone