How Venice is Innovating in the Face of Climate Change

Europe » How Venice is Innovating in the Face of Climate Change 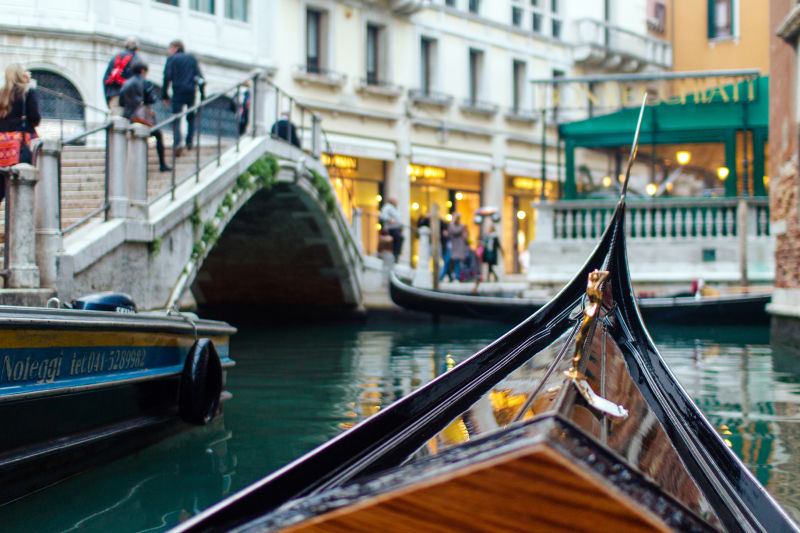 Similar to many coastal cities across the globe, the global climate crisis has exacerbated Venice’s already-delicate climate system. The historic city is experiencing above-average rising sea levels in the Adriatic, along with drastic storm surges—caused by exceptional tides—leading to exceptional floods in the Venice lagoon.

The continual rise in the mean sea level presents an existential threat to the Floating City, classified as a UNESCO World Heritage Site of Outstanding Universal Value, and officials are struggling to protect and preserve its most precious historic buildings and bridges.

The catastrophic flooding in St. Mark’s Square is increasingly becoming an everyday occurrence—so much so, in fact, that city officials don’t usually bother to remove the makeshift boardwalk outside St. Mark’s Basilica, which allows tourists to take in the golden mosaics and other important sites when St. Mark’s Square floods.

Climate change also has a direct effect on the local economy: More often than not, the flooding completely blocks business to many small shops and restaurants, particularly those close to St. Mark’s Square. 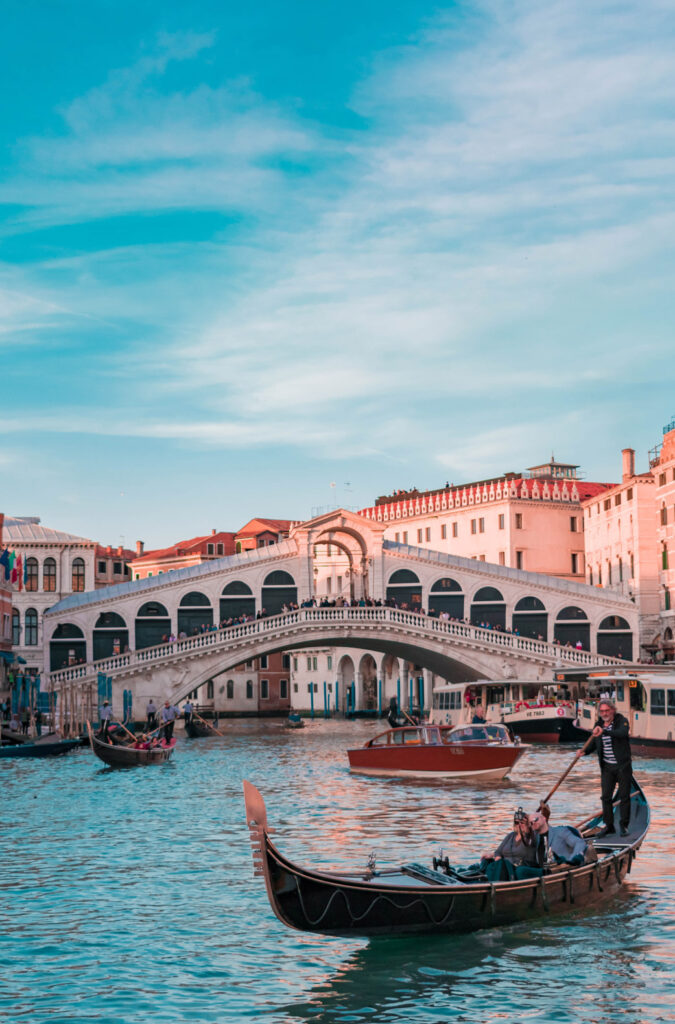 What causes Venice to flood?

Flooding in the City of Canals is nothing new—coastal flooding has always been part of this historic floating city, built on log piles atop a cluster of 118 small islands. The city’s maze-like network of bridges is spread across countless canals filled with marshy lagoon water, which often strays above sea level.

Over the centuries, regular high tides and periodic flooding elicited near-daily adaptation, and today’s Venetians have come to terms with the so-called acqua alta (literally “high water”) with élan. Every proper Venetian—and savvy tourist—knows that a trusty pair of rubber boots and a sturdy slicker are indispensable components of a wardrobe here, particularly during high tide and nasty storm surges.

The acqua alta has been generally tolerated and occasionally romanticized, the general consensus being that it’s a relatively small inconvenience for the privilege of living in or paying a visit to this picturesque Italian city on the Adriatic Sea.

A number of important factors are at play. One factor is a naturally occurring phenomenon: For many years, the city’s ground level has been gradually sinking by about 1mm annually, due to the shifting of the soft geological floor of the shallow Venetian lagoon.

Although naturally occurring, this sinking has been exacerbated by decades of local industrial groundwater pumping from the aquifer beneath the lagoon, a practice that is now banned. But ultimately, climate change is by far the major cause of flooding in Venice.

When will Venice be underwater?

The European Geosciences Union predicts that in Venice’s worst-case scenario—a sea level rise of an astonishing 3 feet and 11 inches—could occur by the end of the century, and Venice’s lowest spot, St. Mark’s Basin, could be wiped out by 2050, according to the non-profit organization Climate Central’s Coastal Risk Screening Tool.

Do a quick Google Image Search for “Venice flooding climate change” and you’ll quickly understand just how damning this prediction could be, given the current damage already underway.

What measures are being taken to curb flooding in Venice? 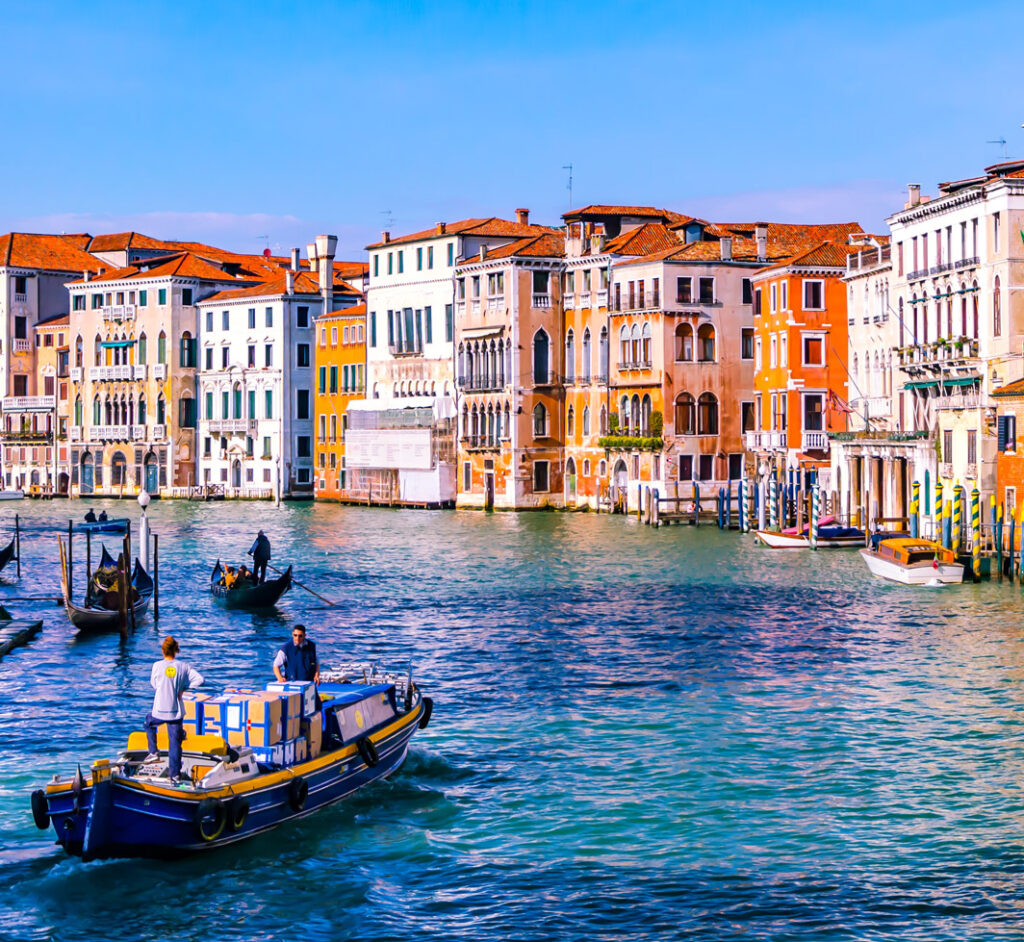 Venice’s unique topography poses a challenge to climate scientists, who have been working with local officials to protect the marshy lagoon water and prevent exceptionally high sea levels, as evidenced when Italy banned cruise ships from St. Mark’s Basin.

The regular high tides are eliciting a drastic measures, including the use of moveable underwater barriers and the installation of protective shields for important monuments. In an attempt to safeguard one of the city’s most important historic sites, for instance, officials are erecting a large glass wall around the base of St. Mark’s Basilica, and additional measures are being considered for the future.

The Roman government recently funded an extensive, €6 billion barrier system dubbed MOSE (Modulo Sperimentale Elettromeccanico)—an impressive undertaking, though many large waves are still breaking through. And the project isn’t entirely free of controversy: Proponents of the barrier system are adamant that it effectively prevents flooding, but scientists are also concerned that not enough attention has been paid to the effect the system could have on the brackish lagoon water. The raising of the barriers, they argue, robs the marshes of the essential sediment required to sustain them.

Still, while scientists are working on ways to protect marshy lagoon water, local officials are pouring more public funds into the MOSE barrier system project to expand and improve its efficacy.

How can I travel to Venice responsibly?

Venetians will have to adapt in order to preserve Venice’s buildings from slowly sinking and to keep the rising seas in check. It’s not exactly a small order, but visitors can do their part to help.

Support the domestic economy by booking in at independent hotels, dining at restaurants owned and run by Venetians, and give your shopping euros to local vendors. See the major attractions, but venture off the beaten path—and opt for small tours rather than larger affairs.

City Experiences has a number of tours that cap participation at 25 people, and many group excursions that are smaller still, from the Dine Around Venice: Authentic Food Experience, which accommodates just 12 voracious eaters, to the Venice Boat Tour with Grand Canal & Tower Climb, which maxes out at nine.