The History of Alcatraz as a National Park 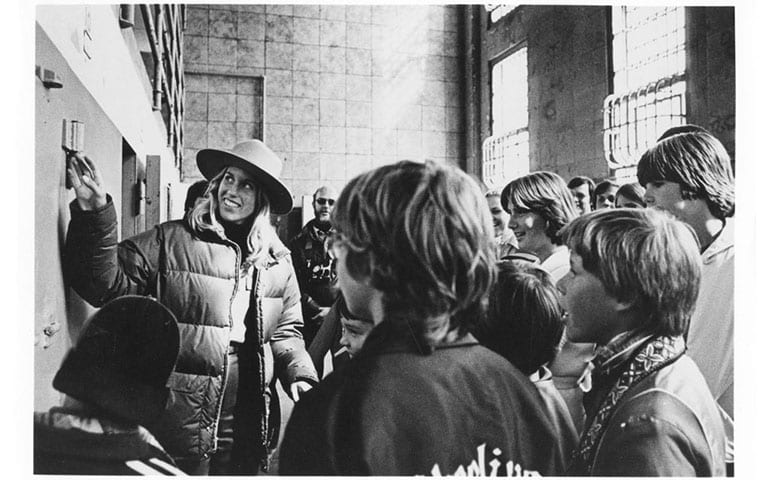 Golden Gate National Recreation Area (GGNRA), a unit of the National Park Service, was established by Congress in 1972 as part of a trend to make national park resources more accessible to urban populations and bring “parks to the people.” Alcatraz Island was included as part of this new National Park Service unit because of its unique natural resources and human histories and was opened to the public on October 25, 1973.
Over the last 45 years, Alcatraz has become one of the most popular visitor destinations in the world, attracting more than 1.7 million people from around the world each year who come “to meet” some of the America’s toughest criminals eye-to-eye.
Prior to 1973, visitors had never been allowed on the Island before and the response was overwhelming – more than 50,000 people visited Alcatraz during the first year it was open. Historians estimate this was more people than had set foot on the Island during all of its previous recorded history.

The history of Alcatraz continues: American Indians return each October and November to hold a sunrise ceremony commemorating their 1969 occupation of the former prison; the Alcatraz Lighthouse, oldest in the west, still sends out its beam; the Island is considered an ecological preserve, home to one of the largest colonies on the northern California coast; and the Island’s foghorn still sends out its throaty roars as summer fogs creep in through the Golden Gate to cloak Alcatraz Island in mist and mystery.
The National Park Service (NPS) is a federal agency within the U.S. Department of the Interior charged with managing the preservation and public use of America’s most significant natural, scenic, historic and cultural treasures. The NPS manages the Golden Gate National Parks as well as 394 other park sites across the U.S. For more information visit www.nps.gov/goga.