Getting a Grasp on Paris’s Best Arrondissements

Europe » Getting a Grasp on Paris’s Best Arrondissements 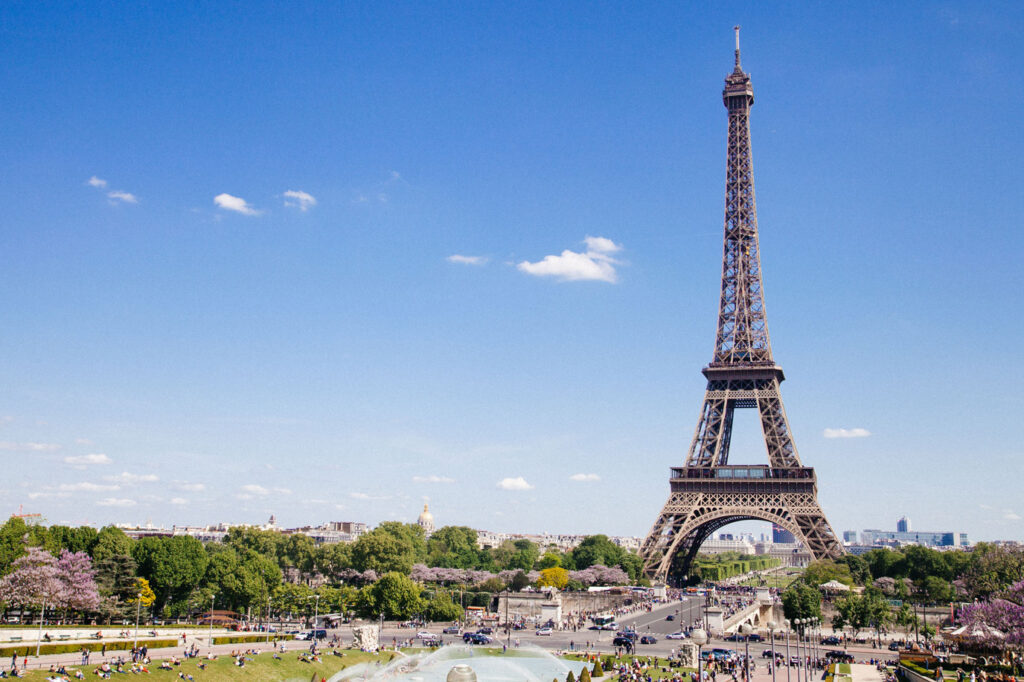 Paris boasts 20 historic districts called arrondissements, each with its own unique appeal and flair.

The arrangement dates to 1860, when French Emperor Napoleon III divvied up the municipal districts, coiling each around Paris’ historic core—located, appropriately, in the 1st Arrondissement.

Even if you’re just visiting the major tourist attractions, it’s not always clear where one district ends and another begins, so let our Paris arrondissements’ guide be your compass. We’ve got the lowdown on the best Paris neighborhoods, from the city center to the Left Bank to the Latin Quarter.

To truly experience the arrondissements of Paris, take a walking tour

You won’t get to all 20 Paris arrondissements in one fell swoop, but a walking tour can help you cover as many as possible in a short amount of time. If you have the hours to spend, Walks’ Paris in a Day tour lets you skip the line at the Louvre and the Eiffel Tower; visit Notre Dame, the Sacré Coeur Basilica, and Montmartre; and cruise down the Seine at sunset. 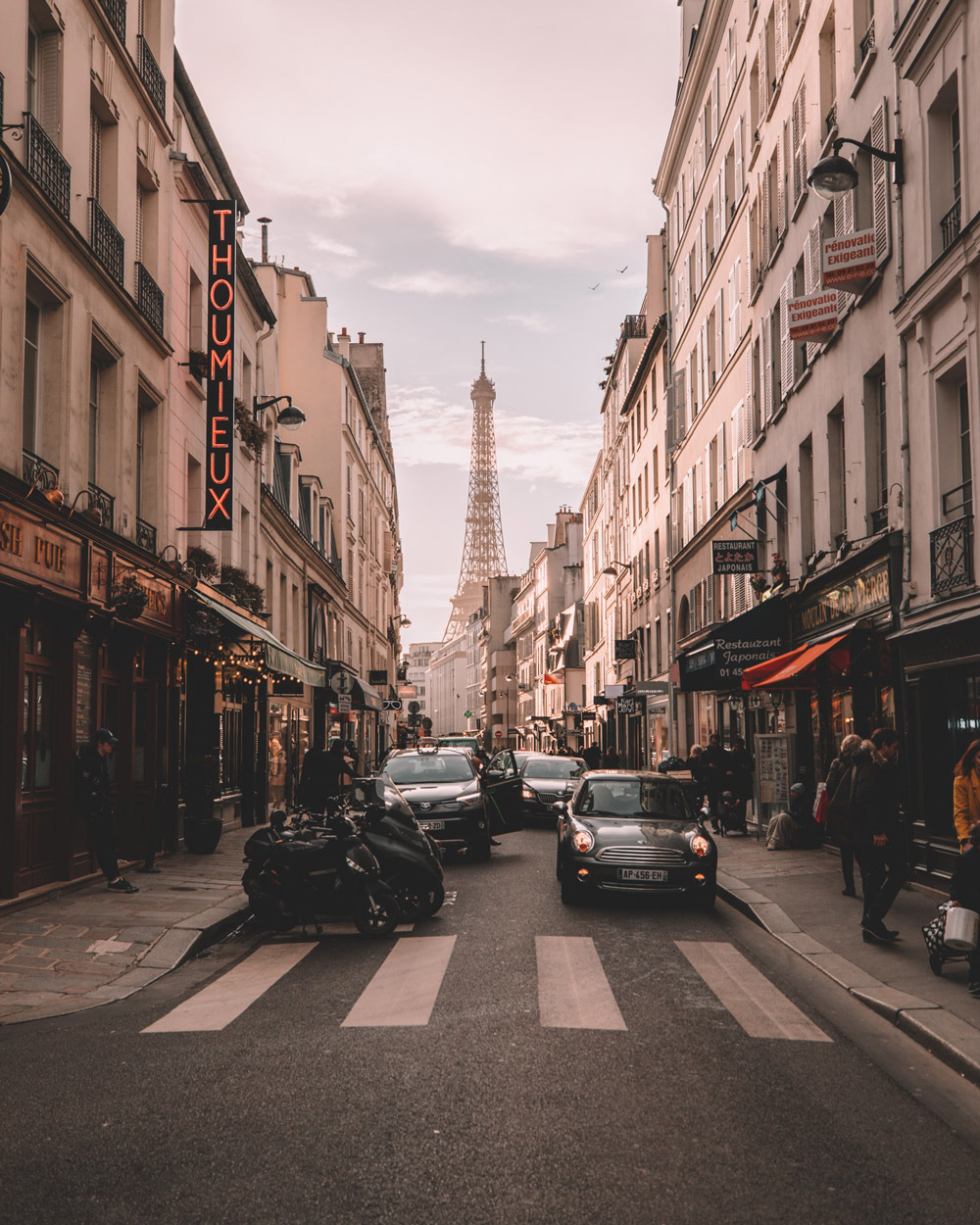 Each Paris arrondissement has its own vibe

Which Paris arrondissement is the nicest? It’s really a toss-up—the French capital is one of the most beautiful cities in the world, so it all depends on what you’re there to see.

If you’re looking for luxury, head to the 1st Arrondissement, one of the most pristine parts of the city. Here you can admire the well-preserved architecture—particularly the classic hôtels particuliers (historic townhouses) around Place Vendôme—while you browse the luxury designer shops.

For a less well-heeled look at the city’s history, head to the 5th Arrondissement and roam the bustling streets of Le Marais—a moniker literally meaning “the swamp.” (Not to worry—there’s nothing swampy about the neighborhood today.)

The best things to see and do: a Paris arrondissements guide

Situated mostly on the posh Right Bank of the Seine river, the 1st Arrondissement is chock-full of luxury boutiques and museums, as well as historic architecture and restaurants. You won’t want to miss the Jardin des Tuileries and Palais Royal Gardens, or the Musée du Louvre, of course. (To see the latter sans crowds, check out Walks’ Closing Time at the Louvre tour, which hits the museum’s highlights as well as offering easy access to the Mona Lisa.) 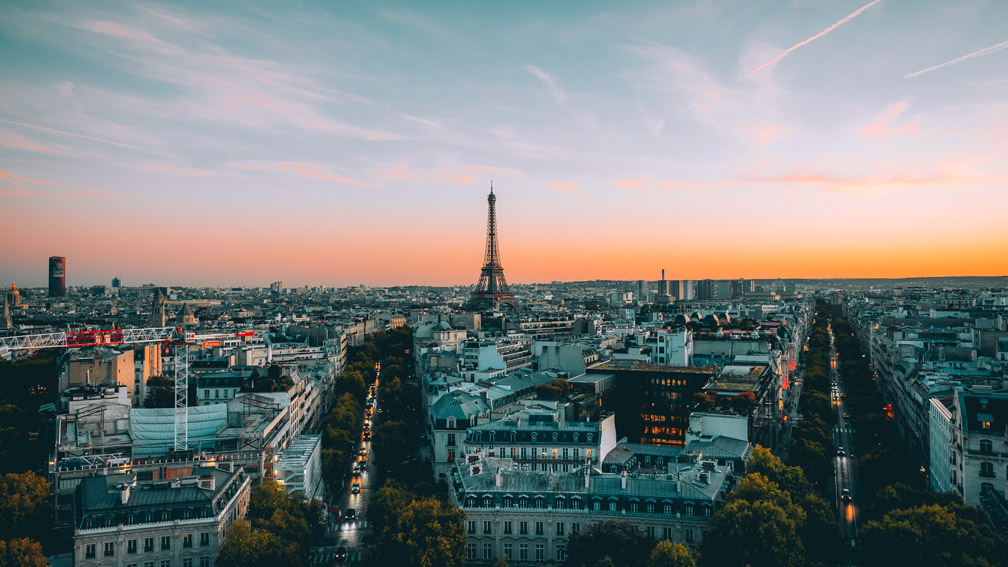 The 1st Arrondissement is also home to a bevy of sumptuous old-school institutions. The Ritz Paris is haunted by the likes of American novelist Ernest Hemingway, French fashion designer Coco Chanel, and French writer Marcel Proust; there’s also Maison Goyard, the trunk and luggage atelier, as well as the world-renowned pastry shop and tea room Angelina.

The Pinault Collection showcases contemporary art, and the almost-always-bustling Forum des Halles has shopping and quick bites. You’ll also want to take a peek into the massive Sainte-Chapelle, just a stone’s throw away. (The Heart of Paris walking tour lets you skip the line at the chapel, and see Notre Dame, Île de la Cité, and other tourist attractions too.)

This district is Paris’s smallest, though no less interesting—here you can roam through an array of historic covered passages from the 19th century. Stocked with everything from chic boutiques and bookshops to cafés and antique shops, these passages can salvage any rainy day. The oldest is Passage des Panoramas, and it’s not to be missed.

You can also dine at Chartier, one of the city’s first “bouillons”—charming, working-class brasseries with some of the cheapest sit-down food in the city.

You could easily spend an entire day and night in this hip, bustling district, often dubbed the Haut Marais (Upper Marais). You can visit art galleries, catch a street performance or two, window shop and people watch, or head to one of the several petit museums, such as the Picasso museum or the Carnavalet Museum, where you can learn all about Parisian history. 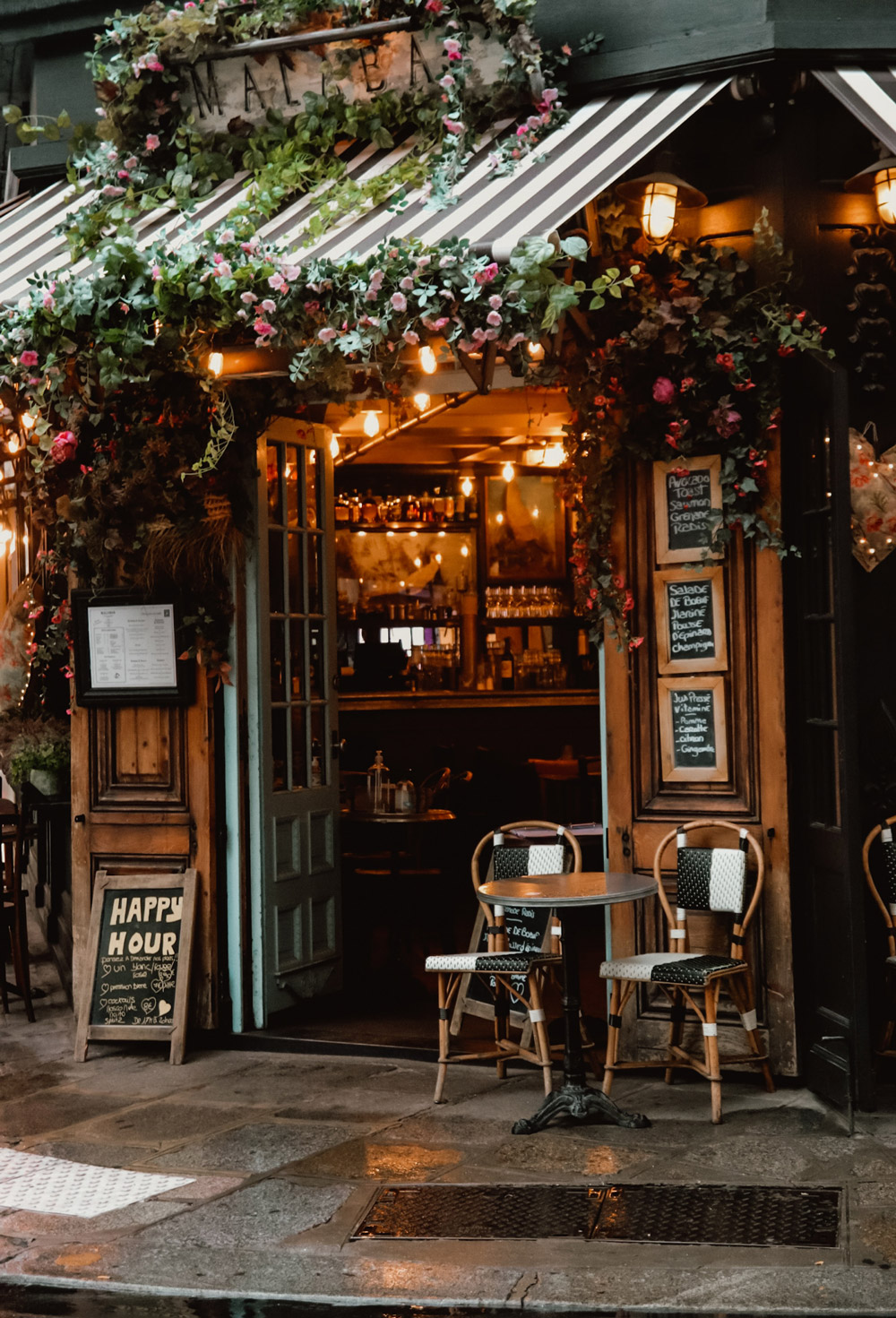 The 4th Arrondissement is home to the trendy Le Marais district of Paris and also includes the Île St-Louis and the eastern part of the Île de la Cité. The Hôtel de Ville (city hall) is here, and also in the area is the Centre Pompidou, a stellar modern art museum worthy of a chunk of your time.

Over the past 10 or 15 years, Le Marais has transformed from a laid-back place with grungy jazz bars, cigarette-ridden cafés and galleries, and excellent cheap kosher food to the still charming, but admittedly gentrified, Paris arrondissement it is today. (There’s still great kosher fare; you’ll just have to wait in line to get it.)

To get a proper taste of this Paris arrondissement, sign up for the Ultimate Food Tour from Devour Tours, a three-and-a-half-hour extravaganza that kicks off with buttery, fresh-baked croissants in Le Marais.

On the Left Bank, the Latin Quarter and Sorbonne university call the 5th arrondissement in Paris home. Here you’ll be greeted by an endless array of cafés, restaurants, bars, nightclubs, record shops, and bookstores (don’t miss the bouquinistes along the Seine, those classic green stalls selling used books). The Paris Latin Quarter Tasting Tour lets you sample the best bits, from locally made wine and cheese to absinthe served in a bar by Hemingway’s house.

You’ll want to peek inside the Musée de Cluny with its fabulous medieval collection, particularly the famous Lady and the Unicorn tapestries, and visit the graves of France’s bravest and best at the Pantheon. And you might want to pay a visit to the Jardin des Plantes with its impressive Museum of Natural History.

If you’re looking for the Paris of novels, paintings, and classic films, this is the Paris arrondissement for you. It’s up to its gills in classic brasseries, such as Brasserie Lipp, and literary cafés, such as the popular Les Deux Magots, where the likes of Hemingway and Fitzgerald hung out.

This district of Paris also boasts one of the city’s most gorgeous parks: the Jardin du Luxembourg, a great place for a picnic.

The Left Bank is also home to the 7th, one of the richest Paris arrondissements. It’s not particularly snooty though—the district has a rather laid-back, neighborhoody vibe, with many great galleries and museums.

Not to be missed are the Musée d’Orsay and the Musée Rodin, not to mention the Musée du Quai Branly – Jacques Chirac and the historic Hôtel National des Invalides. You just might also spy that little-known landmark built by a certain engineer named Gustave Eiffel—the Eiffel Tower.

Situated on the Right Bank of the Seine, the 8th arrondissement is home to the famous Champs-Éysées and the unmistakable Arc de Triomphe. The Place de la Concorde is here as well, known for its Egyptian obelisk, its fountains, and its notorious victims (Louis XVI and Marie-Antoinette were guillotined here, among others).

Really though, this is the Paris arrondissement for luxury shopping, thanks to flagship stores for Dior, Chanel and other powerhouses of the fashion world.

This district of Paris is a must for foodies and architect lovers alike. The majestic Palais Garnier opera house is located here, which served as the setting for The Phantom of the Opera.

Over on the Rue des Martyrs, gourmands will discover oodles of boulangeries and pastry and cheese shops wedged between great little spots for quick—or not-so-quick—bites of unfussy food. The 9th is also home to two impressive art nouveau department stores: Le Printemps and Galeries Lafayette. 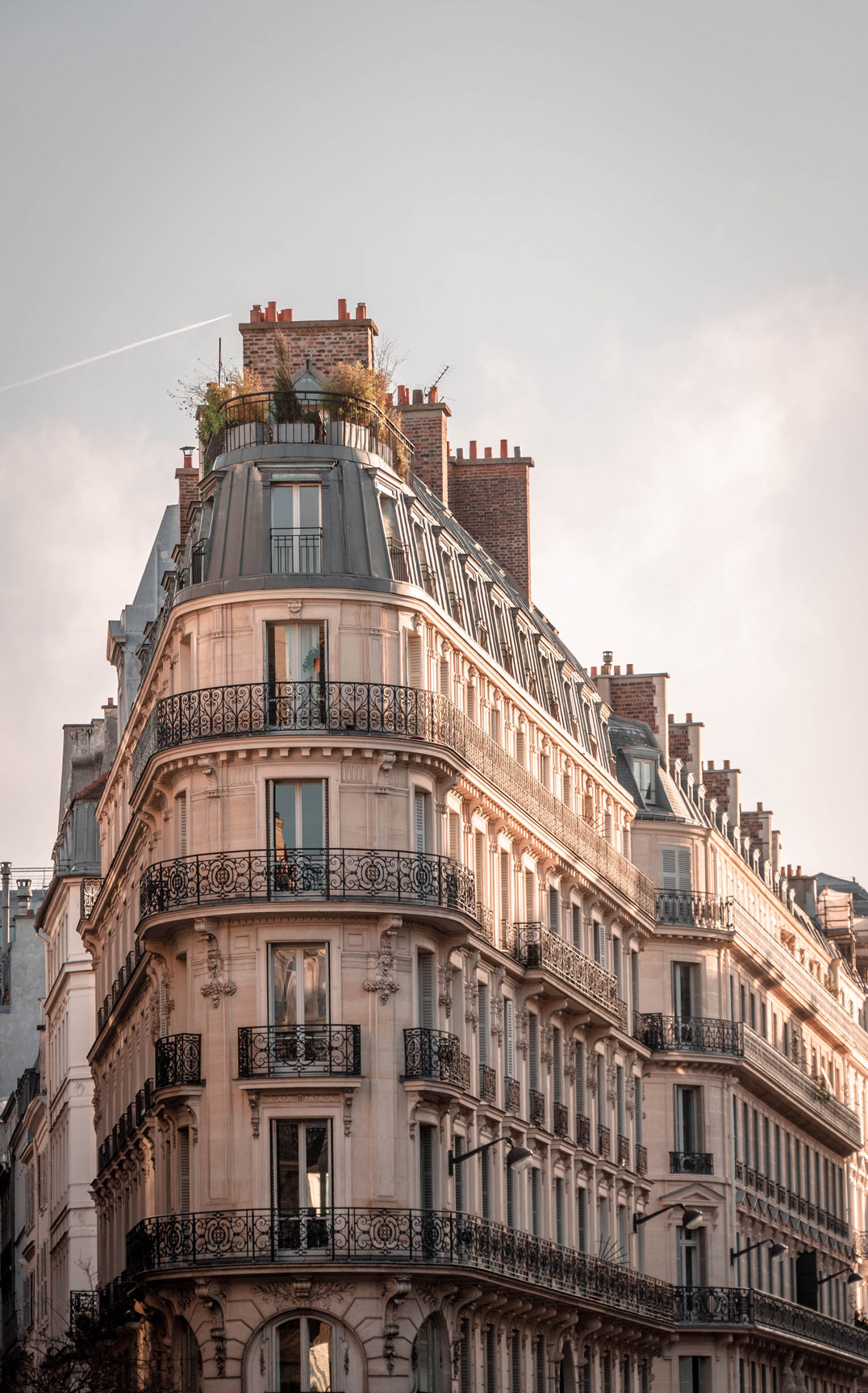 The 12th district of Paris is definitely lived in. Here you can discover great shops, cinemas, and markets, including the ever-popular Marché d’Aligre.

It’s also home to L’Opéra Bastille, situated across the street from Place de la Bastille, and the shopping village of Bercy, which has many local and handmade products for sale.

Although this is primarily a residential district of Paris, it’s worth the trek to visit the bone-ridden catacombs, the creepy underground resting place of many unknown souls. Known as the Empire of the Dead, the catacombs are one of the city’s most popular tourist attractions, so consider a skip-the-line tour walking tour to get in the door quickly.

One of Paris’s most iconic neighborhoods, Montmartre rests in the 18th district of Paris. It’s a steep hike (or funicular ride) up from Paris proper, and well worth the trek for the panoramic views alone.

But of course, that’s not all there is. The city’s only hilltop village boasts an array of small businesses serving up delicious fare, from locally sourced gourmet groceries to charcuterie and beer brewed in this very arrondissement of Paris. The three-and-a-half-hour Montmartre Like a Local food tour lets you sample the best of the bunch.

While you’re here, you can pay a visit to Sacré-Cœur basilica, one of the city’s most recognizable churches, check out neighborhood-centric collection at the Musée de Montmartre, or take a breather in the Renoir gardens. This is an excellent place to buy contemporary art or have a portrait made of yourself.

For most visitors exploring the arrondissements of Paris, the main draw of the 20th is Cimetière du Père Lachaise, where you’ll find the graves of such luminaries as Oscar Wilde, Édith Piaf, Jim Morrison, Marcel Proust, and Frédéric Chopin, among many, many others.

Are there any Paris arrondissements to avoid?

Generally speaking, most of the French capital is safe, even as a tourist—at least during the day. As with any large city, the train stations tend to get a touch seedy after nightfall and particularly after midnight. Even during daylight hours, it’s best to avoid hanging out too long around the Gare du Nord, the Gare de l’Est, and the Gare de Lyon if you don’t want to be bugged by panhandlers or pickpockets.

There are a couple of arrondissements of Paris you might want to avoid, such as the St. Blaise district in the 20th and the Chateau Rouge neighborhood in the 19th. Montmartre is generally a safe spot these days, even after nightfall, but it’s the general consensus that the northernmost part of the 18th Arrondissement should be avoided, particularly at night.

Other arrondissements aren’t necessarily seedy or dangerous—it’s just that not all Paris arrondissements were created equal in terms of beauty, green space, dining options, cultural offerings, and fantastic spots to stay.

The 15th, 16th, and 17th Arrondissements in Paris don’t really have much in the way of activities for tourists, other than restaurants and cafés. The 13th and the 11th have their own charm, with quirky spots to grab a coffee or get a bite to eat, as well as some superb local street art—but those probably won’t be on the average visitor’s must-see list.