A Journey into the Rich History of America

Experience two of the Nation’s most significant icons. 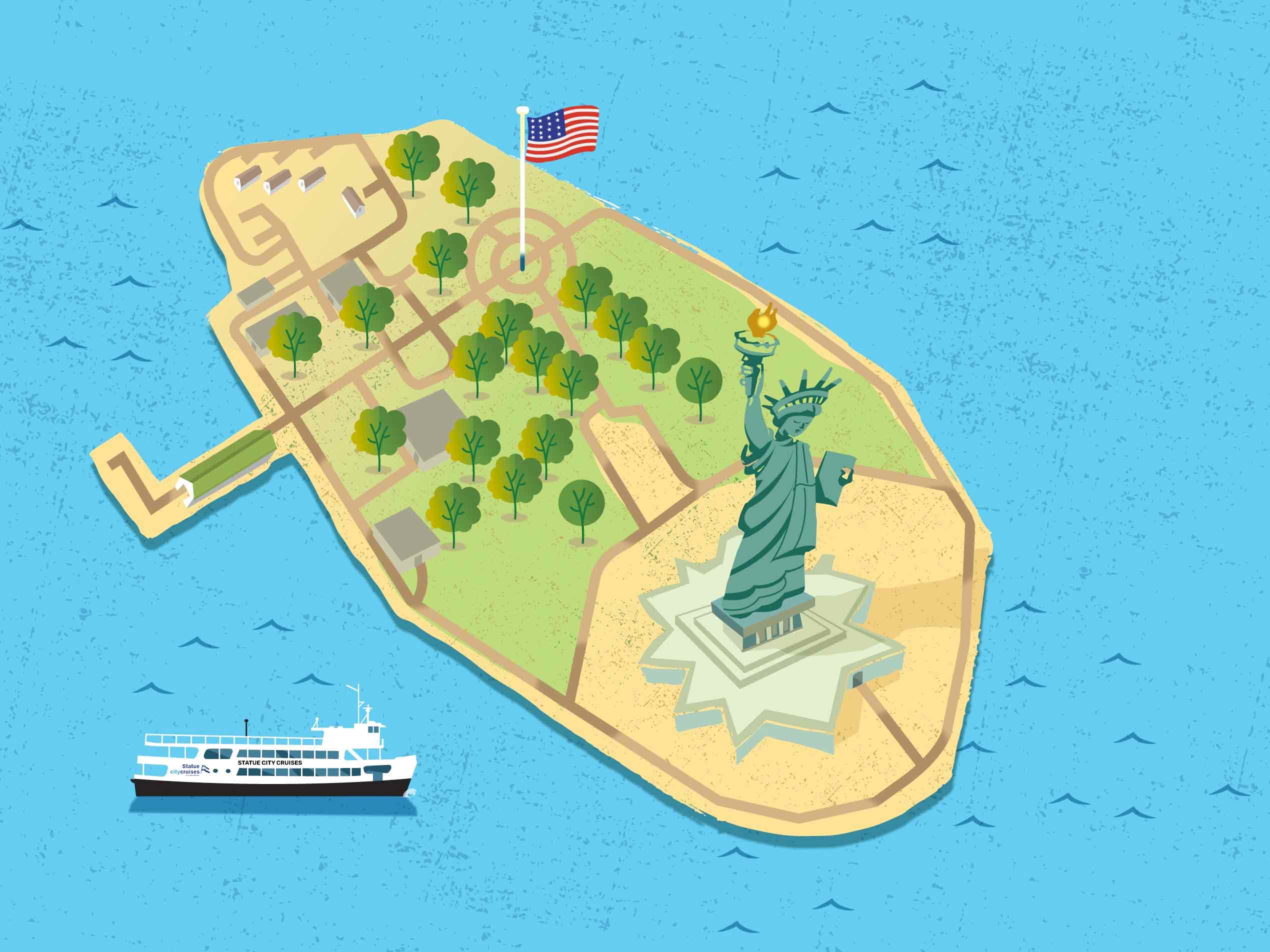 Did You Know?8
The Torch4
The Crown3
The Exterior6
The Tablet2
Did You Know?7
The Pedestal1
The Statue5

The Statue if Liberty faces Southeast which was strategically placed at Fort Wood. The statue’s position was perfect for ships entering the harbor.

Did You Know?
The torch that the Statue of Liberty holds in her right hand symbolizes enlightenment. The statue’s official name is Liberty ‘Enlightening the World’. The torch was replaced in 1986 with a copper flame covered with 24K gold.

Did You Know?
The seven spikes on the crown represent the seven oceans and seven continents of the world.

Did You Know?
The exterior colour of the Statue of Liberty is 3/32 thick which is equivalent to the thickness of two pennies. The colour stems from patina, which is the result from the change of colour in copper.

Did You Know?
In the left hand of the Statue of Liberty she carries a tablet evoking the law and is inscribed in Roman Numerals with the date of the Declaration of Independence (July 4, 1776)

There are 154 steps from the pedestal to the crown.

Did You Know?
The height of the pedestal stands at 27 meters (89 feet) tall

The Statue of Liberty is a universal symbol for freedom given to the United States on October 28, 1886 as a gift from the people of France. The statue was designed by Frederick Bartholdi, a French sculptor, and framed by Gustave Eiffel, the same gentleman who designed the Eiffel Tower. Today, the statue is visited by millions of people a year and continues to remain an icon for freedom as well as a welcoming symbol to immigrants arriving to America. 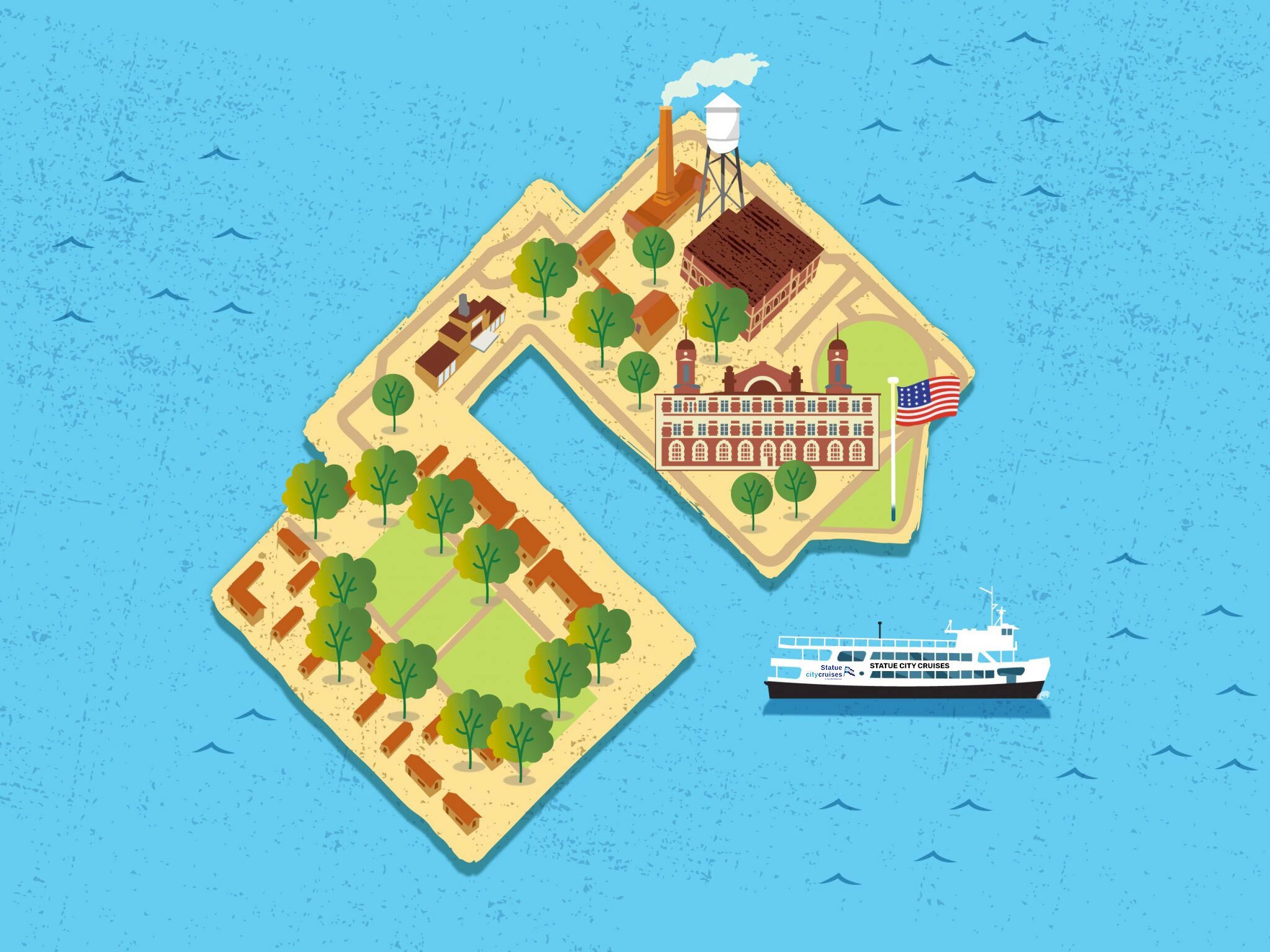 THE AMERICAN IMMIGRANT WALL OF HONOR

Did You Know?
The wall is the only place in the United States where an individual can honor his or her family member. The wall currently features 700,000 names situated outside of the Great Hall at Ellis Island.

Many females who entered Ellis Island alone were detained because they were risked for not finding family relatives or to support themselves.

Between 1924 and 1958, Ellis Island was only used a detention center for immigration and not used the same way

Ellis Island, also known as the ‘Island of Hope and Tears’, was the largest gateway for millions of immigrants looking for a new beginning and a new life for their families in America. Ellis Island was once America’s busiest immigration station that operated for over 62 years (1892 until 1954) and saw millions of people from around the world. Today, Ellis Island Immigration Museum Wall of Honor hosts 700,000 names inscribed on the wall of many who once passed through the island. Million of visitors travel to the island by Statue City Cruises to explore one of America’s greatest historical sites.