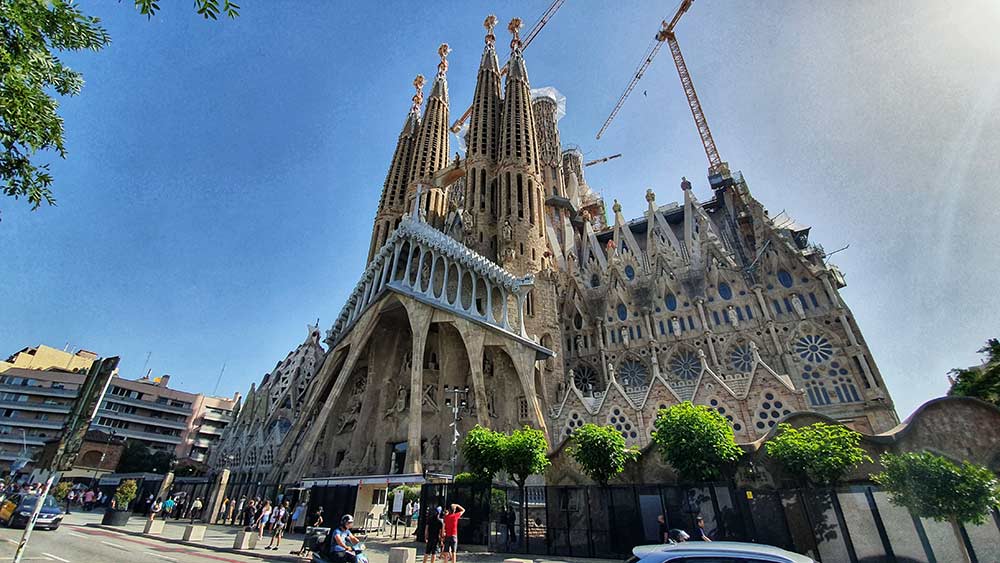 Located in the heart of Barcelona, Spain, the Sagrada Familia is one of the city’s most iconic and most visited monuments and attractions. Designed by renowned Catalan architect Antoni Gaudí, the Sagrada Familia is not only famous for its unique blend of Spanish Gothic, Art Nouveau, and Catalan modernism architectural styles but also because this grand cathedral that dominates the Barcelona skyline isn’t even finished yet. It’s been under construction for nearly 150 years, making it the biggest unfinished church on Earth.

There is a fascinating story behind this legendary UNESCO World Heritage Site.

Discovering the Sagrada Familia: history and fun facts about the crown jewel of Antoni Gaudí

Officially called the Basílica i Temple Expiatori de la Sagrada Família, this captivating architectural masterpiece has been in the making for 144 years. With sky-piercing bell towers and dramatic interiors, the cathedral is instantly recognizable for its three grand façades: the Nativity Façade, the Passion Façade, and the Glory Façade. Each depicts a different significant moment in the life of Jesus Christ, from his birth from the Virgin Mary in the Nativity Facade to his death and resurrection in the Passion Facade.

The idea for the creation of a new cathedral in Barcelona came from a local bookseller and philanthropist, Josep Maria Bocabella, who was inspired by a visit to the Vatican in 1872. Construction began on March 19, 1882, and actually, the first architect attached to the project wasn’t Gaudí. Construction started under the watch of Francisco de Paula del Villa, who quit in 1883 and was replaced by Antoni Gaudí.

As one of the pioneering figures in the Catalan Modernism movement, Gaudí brought his signature style to the project, giving the cathedral its famously eclectic blend of architectural movements. Although he had other major works like Casa Milà and Park Güell, Gaudí dedicated most of his life to the Sagrada Familia, making it his crowning achievement. But he didn’t live to see it even remotely finished.

At the time of Gaudí’s death in 1926, barely a fourth of the basilica had been completed. He was buried in the crypt of his greatest masterpiece and it’s even possible to visit his final resting place while exploring the cathedral. 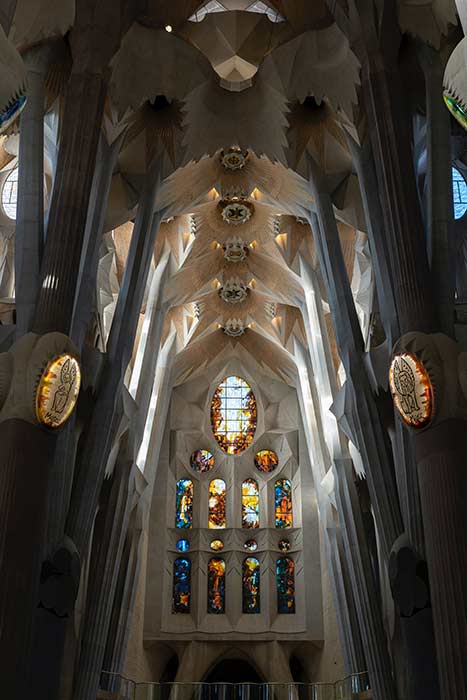 Why is the Sagrada Familia unfinished?

Even after Antoni Gaudí’s death, construction continued thanks to donations and private support. In 1936 at the onset of the Spanish Civil War, there was a delay in construction when members of the Iberian Anarchist Federation broke in and destroyed many of Gaudí’s plans and models, requiring 16 years to recreate his original vision.

With the exception of the Spanish Civil War and delays at the start of the COVID-19 pandemic in early 2020, construction has been ongoing and continuous from 1882 to today. It was consecrated and declared a minor basilica in 2010, officially opening to the public. While the cathedral may look near completion with its grand interior of soaring ceilings and stained glass windows and extraordinary bell tower, much work still remains. 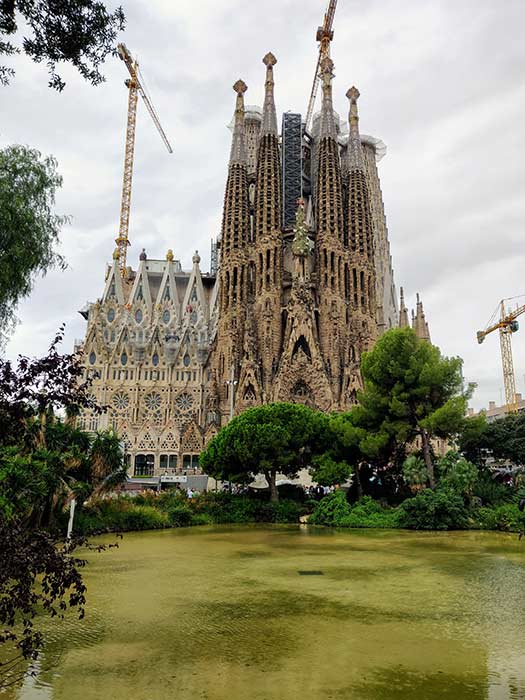 Why is the Sagrada Familia so controversial?

Before or during your visit, you may hear that La Sagrada Familia is actually a point of controversy. But how can the most-visited monument in Spain be controversial?

The Sagrada Familia has been a topic of debate since its inception, as many took issue with the fact that the church was commissioned not by the official archdiocese but by the bookseller. Other concerns include how ongoing construction impacts local tourism, the quality of life for Barcelona residents, and the fact that it may overshadow Barcelona’s official cathedral.

Some people argue that the continued work isn’t fulfilling Gaudí’s original vision, and many people also simply think its unique design is ugly. Author George Orwell even called it one of the most hideous buildings in the world.

Love it or hate it, one thing is for certain: the Sagrada Familia is a wholly unique site and no visit to Barcelona is complete without taking the time to explore it and learn about its ongoing history.

When will the Sagrada Familia be finished?

Currently, Antoni Gaudí’s masterpiece is slated for completion in 2026. Poetically, this will also mark the 100-year anniversary of Gaudí’s death. If you want to see the cathedral while it’s still under construction, you only have another three years. So start planning your trip now!

Discover the best of Barcelona

The rich history of the Sagrada Familia means it is quite popular among tourists, which also means long lines. With City Experiences’s skip-the-line Sagrada Família Tour, you can breeze past the masses and gain exclusive access to Gaudí’s masterwork.

Visiting the world-famous Sagrada Familia is just the tip of the iceberg of what to see and do in Barcelona. Go on a tapas tour, taste the unique culinary traditions of Barcelona and see other Gaudi masterpieces.