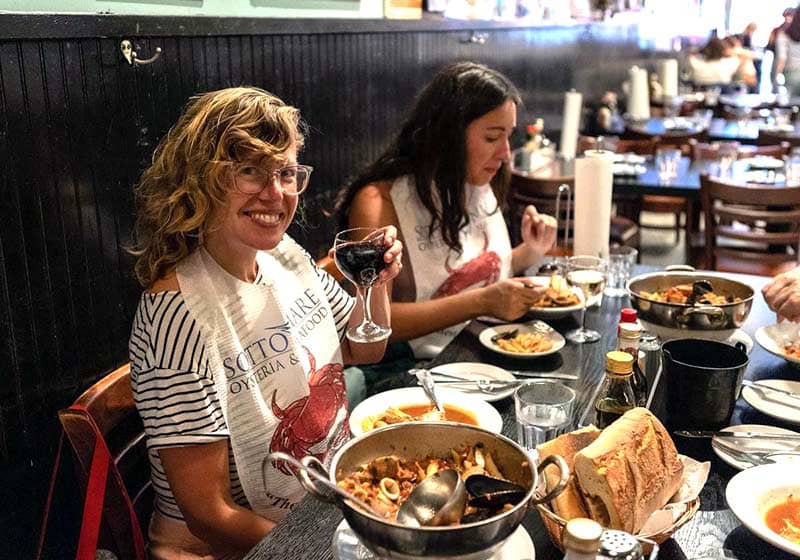 Located close to Chinatown in northeastern San Francisco near Telegraph Hill, the Financial District and Russian Hill, North Beach was once home to one of the most important Italian immigrant communities in the United States.

Although there isn’t actually a beach to be found there today, the neighborhood is still called North Beach because there actually was a beach there before it was filled in the 19th century. In spite of this, the name managed to stick.

Today, North Beach is a vibrant neighborhood teeming with excellent Italian restaurants and cafés, delightful boutiques and bookstores, and terrific live music venues, most of which are clustered around Columbus Avenue.

Although the area’s Italian-American population has drastically declined since the 1950s, to this day its Italian heritage is still very visible. Aside from the quaint Italian signage and storefronts, not to mention the many neighborhood mom-and-pop shops, North Beach boasts endless delicious Italian eateries, such as the ever-popular Golden Boy Pizza and Italian Homemade Company.

One of the best ways to dive into the San Francisco Italian District of North Beach is to join City Experiences’s Half Day by the Bay: North Beach, Fisherman’s Wharf & Scenic Bay Cruise.

On this three-hour tour, you’ll spend the afternoon exploring the history and culture of North Beach and Fisherman’s Wharf with an expert local guide, who will take you to see some of the area’s most iconic landmarks on foot. After the walking tour, you’ll round off the afternoon with an hour-long cruise to take in spectacular views of the Golden Gate Bridge and Alcatraz Island.

If you’re a foodie, you’ll love our Ultimate San Francisco Food Tour: North Beach, Chinatown & Beyond, a three-hour extravaganza that lets you eat your way through some of San Francisco’s most thrilling neighborhoods.

You’ll learn the history behind some of the areas’ most historic restaurants and cafés, with 10-plus tastings along the way. A bonus for lovers of Italian cuisine: You’ll get to tuck into some authentic cioppino, a hearty Italian seafood stew that’s been steadily served at an iconic North Beach joint over many decades. 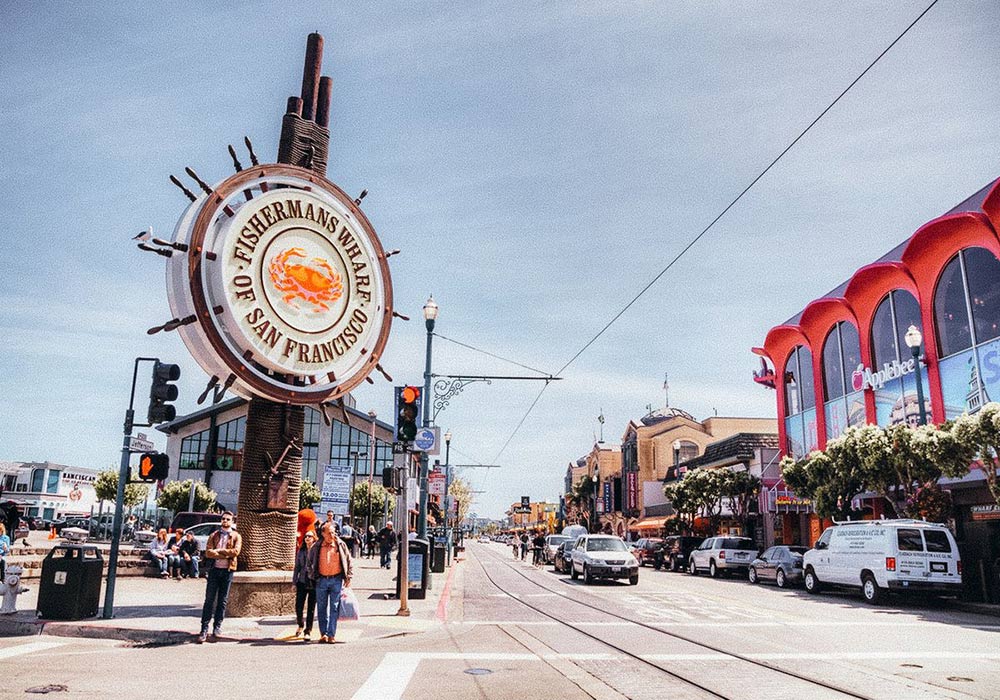 How did North Beach come to be San Francisco’s Little Italy?

Long before Italian immigrants flocked to the area and remade it in their own character, North Beach was an immigrant neighborhood. In the late-19th century, immigrants from Ireland, Russia, Germany, France, and Eastern Europe settled in North Beach, each leaving indelible marks on the neighborhood they called home.

After the great fire and earthquake of 1906, most of the latter moved away, even as Italian migration to the area rapidly increased. By the 1920s, North Beach had been essentially transformed into San Francisco’s Little Italy, with most of its residents proudly claiming Italian ancestry. 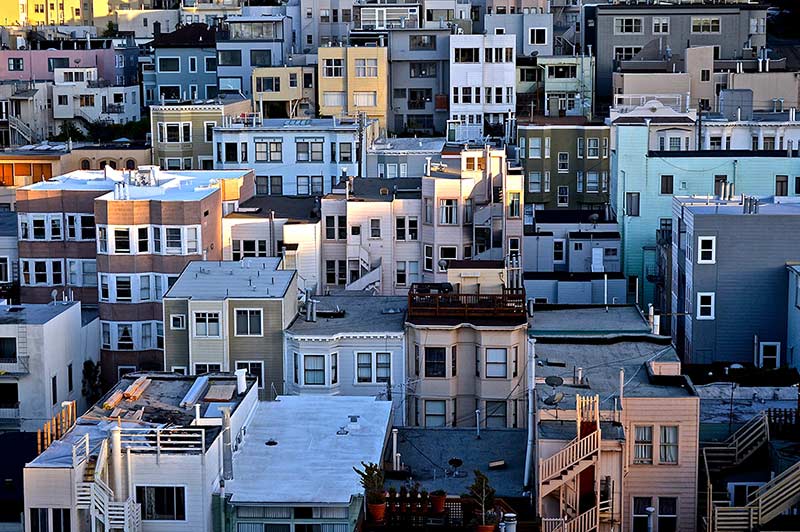 How did Italian immigrants help shape the neighborhood of North Beach and the city as a whole?

In the 20th century, the North Beach Italian community played a prominent role in shaping the economy of San Francisco.

Banca d’Italia (today known as Bank of America) was the first Italian bank on American soil. Established in 1904 by Amadeo P. Giannini, the son of Italian immigrants from Liguria, Banca d’Italia started business out of a converted saloon.

After the San Francisco earthquake of 1906, Giannini managed to recover money locked in the bank’s vault—a tremendous stroke of luck. As such, the bank was one of the few that was able to continue to make loans after the disaster, when loans were in particular demand. Banca d’Italia also was the first to give out loans to low-income immigrant families, during a time when loans were mostly the purview of the wealthy.

Over the years, San Francisco has had many politicians with Italian heritage, including three Italian American mayors. 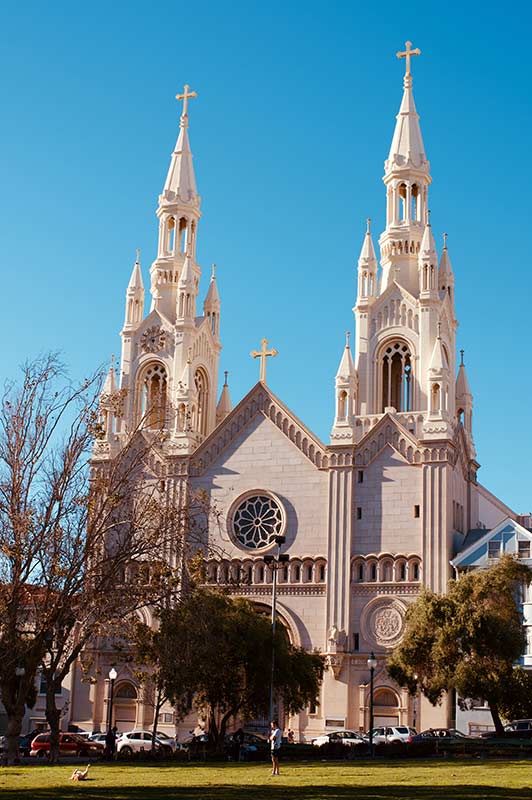 Who are some of the most famous people from Little Italy, San Francisco?

Italian-American director Francis Ford Coppola fleshed out the bulk of his iconic screenplay for The Godfather in Caffe Trieste, an Italian café that opened in 1956. One of North Beach’s most beloved spots to get a solid cup of coffee, it also lays claim to being the first coffeehouse to serve espresso on the West Coast.

As if that weren’t enough to write home about, the café also boasts a close association with the Beat Generation subculture, one of America’s most important literary influences. Beat writers and poets Allen Ginsberg, Neal Cassady, Jack Kerouac, and Lawrence Ferlinghetti all got their buzz at the Italian café, and the latter even set up his famous City Lights bookstore just around the corner.