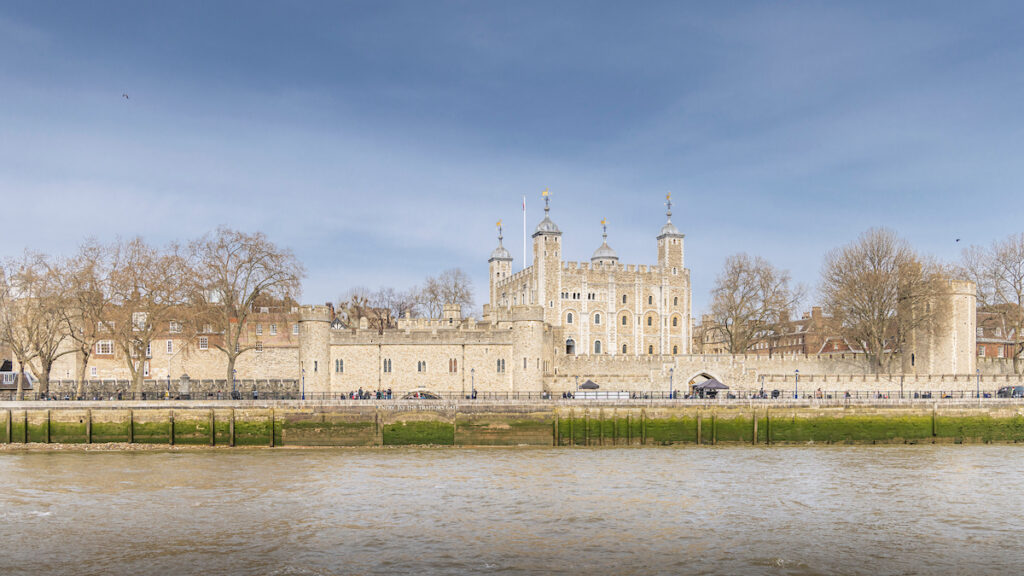 Are you a big fan of the James Bond franchise? With the new James Bond movie, No Time To Die, soon to be hitting the big screen, this got us thinking about how you can have your own James Bond experience right here in London.
From seeing the SIS building up close to speeding along the river on a Thames speedboat, this article will look at some of the top James Bond filming locations in London that will get you geared up for the launch of the newest film of the franchise.

Image credit: Roman Boed, Flickr
In Tomorrow Never Dies, watch James Bond pull up outside Somerset House in his super sleek Aston Martin DB5. This Neoclassical building has a different purpose in the movie, instead housing the War Office. The large and lavish courtyard also makes an appearance in Goldeneye, as a make-believe courtyard in St Petersburg.
Frugal Flexitarian blogger Fiona told us why Somerset House is such a standout building in London.
“Stunning from every direction, 18th Century Somerset House looks out across the Thames to the East of Waterloo Bridge – and to the Strand just a little East of the Savoy. It’s a beautiful building close up, with an ice rink in the central courtyard in winter and fountains in the summer. Excellent exhibitions and some fabulous restaurants make this a must-visit historic building.”

Making its debut in Skyfall was The National Gallery. Here, in Room 34, James Bond first meets Q while he is looking at Turner’s The Fighting Temeraire painting. Was this painting chosen at random or was there a deeper meaning behind it? You decide.

Films: Octopussy, A View of Kill, License to Kill, Skyfall
Whitehall, the actual home of the British government, has been featured in a handful of James Bond movies, with Bond having been briefed for various missions ‘inside’ its walls. In Skyfall, the area outside was closed for filming, where we see Bond running down the road past the buildings. Towards the end of the movie, Bond is also seen on a rooftop gazing over the district before he meets Moneypenny.

Films: Goldeneye, The World is Not Enough, Die Another Day, Skyfall

Image credit: Herry Lawford, Flickr
Rules is London’s oldest restaurant, having been established in 1798. This sophisticated restaurant makes an appearance in Spectre with M, Q, Moneypenny and Bond all sitting down to discuss business. Why not visit yourself for some good food and a martini like the real Bond? Just don’t forget to order it ‘shaken, not stirred’.
Fiona explains what makes Rules a fantastic restaurant for Bond fans as well as foodies.
“If you ever want to understand English food, Rules is somewhere you need to visit. Most of the food reminds me of the sort of things my mother used to cook – and you’ll feel as if you are part of the set of Downton Abbey when you eat there. It has a slightly haphazard feel to it but if you crave dishes like potted shrimps, roast rump of Lake District lamb and steamed Golden Syrup pudding, head to Maiden Lane on the edge of Covent Garden and step back in time.”

In Goldeneye, London’s much-loved St Pancras Station was re-invented as St Petersburg Station. After arriving on a train at platform 5, Natalya makes herself scarce to avoid being caught by the authorities.
Samara, blogger at Gift Goonie, told us what makes this station one of London’s best.
“I go to St Pancras station when travelling to visit family and I have to say it’s my favourite station. Not only is it beautiful to look at, but it’s also got a great deal of shops and lovely places to eat while you wait for your train. It’s also a great place to pick up little gifts for family just before boarding.”

Film: Spectre
An unusual-looking building, City Hall only made its debut in the Bond franchise in the 2015 movie, Spectre. Its curved iconic spiral staircase was re-imagined as the interior of the MI5 data centre.
A Virtual Postcard blogger Sage told us what makes this unique building so impressive.
“City Hall is well worth a visit when exploring London’s South Bank. It’s not just impressive outside, the seemingly never-ending spiral staircase inside is pretty extraordinary too. It’s a great demonstration of a sustainable and virtually non-polluting office building in the city too!”

On London’s ‘wibbly-wobbly’ footbridge, Moneypenny and Bond meet near the ending of Spectre.
“The Millennium Bridge is my favourite bridge in London, as you can walk across it without fear of traffic, and get a spectacular view of the Thames from either direction,” Says Becky from Pinks Charming. “It’s a beautiful bridge architecturally, and provides the perfect crossing between Saint Paul’s Cathedral and the South Bank, bringing you straight to the Tate Modern gallery.”

Film: Spectre
This opulent, five-star hotel was featured in Spectre. With luxurious views of Big Ben and the Houses of Parliament, the hotel offers the perfect setting for the suave James Bond. Step into their steakhouse, Gillray’s, for some of the most distinctive views of London (martini optional).
“I stayed in the London Marriott Hotel County Hall for my 40th and it was fantastic,” says Joanne, blogger at Opposable Thumbs. It’s a former council office so the rooms and the architecture are all very distinct and fascinating to explore. You can sit in the bar and see Big Ben across the river or work out in the gym and see the people up close riding the London Eye as they go round in their pods. It also has one of the biggest swimming pools to be found in a central London hotel. I loved it and wouldn’t hesitate to go back.”
Has reading about these Bond filming locations made you want to go on your own spy adventure? With our A View to Bond’s London experience, you can experience the sights on a thrilling speedboat ride, including a tour of some of the above filming locations and places associated with the franchise. Our Shaken Not Stirred adventure is also worth looking into if you’d like to complement your speedboat experience with a visit to ICEBAR London for a cool cocktail in -5°C temperatures.