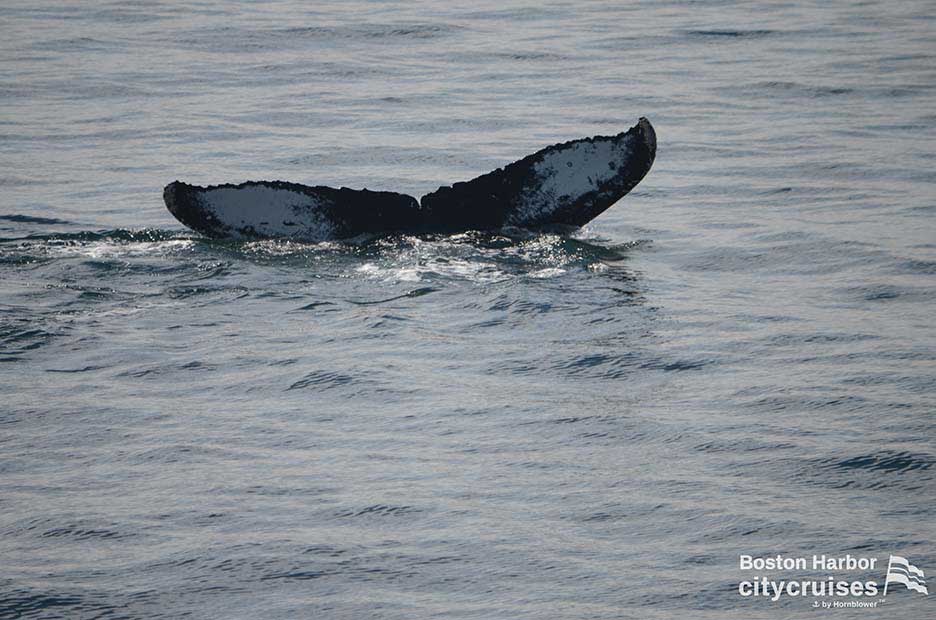 Please find the Naturalist Notes for the weekend of 3-26-22 from the onboard team of naturalists for our New England Whale Watching tour in partnership with the New England Aquarium.

Yesterday kicked off our first two whale watches of the season! As always, we are excited to share our sightings and photos from our trips! Below are our recaps of each trip:

Aboard the Sanctuary, we headed off for our first whale watch of the season to the Stellwagen Bank National Marine Sanctuary. There is always much anticipation of what we might find after many months off the water – and yesterday truly started off with a spectacular start! Not too far from Boston, we began to see the stealthy movements of many minke whales and sei whales – with practice you can start to tell the difference as the sei whale has a taller/more falcate dorsal. We soon were surrounded! In the midst we also spotted a few grey seals, but more impressively we spotted about 100 northern gannets throughout our trip, diving for food all around us. At one point it felt like it was raining diving gannets! This is a fantastic sign that bait was plentiful. If that wasn’t enough, we saw a splash in the distance, which turned out to be a kick feeding female humpback, named Reflection. Reflection displayed extra power in her kicking, where she would first thrust her head forward to give her tail kick an extra oomph! This would make quite a big splash, which was then followed by a half moon pattern of bubble nets. We also spotted another traveling humpback pair – 3.14 and a mystery unknown whale. We left the whales excited for more, and excited for the rest of the season!

Even the most experienced whale watchers couldn’t have asked for a better first day of the season! In the afternoon we traveled back toward Stellwagen Bank and spotted our first whale by noticing some splashing a few miles ahead of us. Reflection’s kickfeeding wowed us all as she arched her back and lunged through schools of fish. There were several minke whales doing some feeding of their own amidst diving gannets and 2-3 sei whales making brief appearances as well. A pair of humpbacks, Sensor and an unknown, lazed about the surface but caught our attention later on as one of the whales began to splash and roll. When we approached for a closer look, we discovered this whale was exhaling just underwater, creating air pockets that bubbled above him/her. We wondered if this was social behavior sending signals to the other Sensor, practicing kickfeeding, or something else altogether. We enjoyed some last looks around in the beautiful late afternoon light and made our way back to Boston.

What a great way to finish the first weekend of the season!

The Sanctuary headed to the Northwest Corner of Stellwagen Bank and was quickly rewarded with an abundance of wildlife! No matter where we looked there was a flurry of activity, from the 7-8 humpback whales spotted or the pod of Atlantic white-sided dolphins that hung by our vessel the entirety of the trip. We started with a group of three humpbacks, which included Lavalier and an unnamed whale we have not seen before: GOM – 1921. Another association of two was spotted nearby, as well as a couple individuals that included Arroyo.  It was very interesting to watch the dynamic associations, as these groups of humpback whales consistently split up and rejoined in various groupings throughout the trip. At one point, Arroyo and another unidentified whale surfaced in the pod of dolphins – trumpeting loudly. This pod of dolphins swam around our bow for the majority of the trip, and we were even lucky to spot a dolphin calf. We also had a very charismatic grey seal, who frequently popped up between our vessel and the whales – seemingly wanting to be the center of attention. The real star of the show came at the end with GOM – 1921, who lobtailed and lazily waved its fluke while upside down.

What a great spring day!

After the rain and fog cleared this morning, we headed to the NW corner of Stellwagen bank in search of wildlife. We first spotted several minke whales surrounding us, including several northern gannets. We also had some curious grey seals check us out! Their heads are more football-shaped compared to the harbor seal. Check out their very distinct look in our photos! We also spent time with female humpback Lavalier – great to see her still on the bank since last weekend!