The Best Things to Do in New Orleans 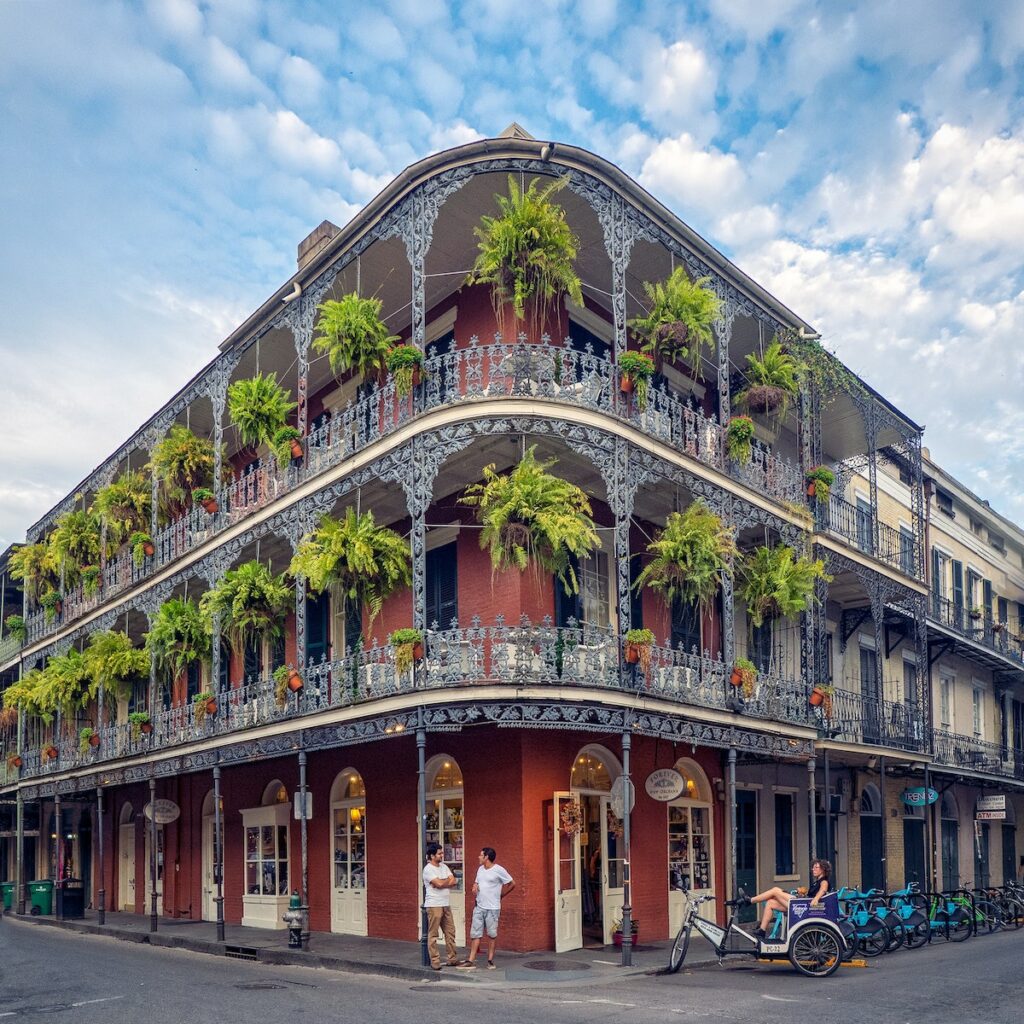 When you think of New Orleans, you think about an exciting and inviting city, spectacular restaurants, jazz, Mardi Gras, Bourbon Street, and so much more. The city is known as the Birthplace of Jazz, The Big Easy, and the Crescent City.

“Situated on a bend of the Mississippi River 100 miles from its mouth, New Orleans has been the chief city of Louisiana and the Gulf of Mexico’s busiest northern port since the early 1700s.” This eclectic city was founded by the French. It was then ruled by the Spanish for 40 years. Then in 1803, it was bought by the U.S. in the Louisiana Purchase.

Fast forward to the 1900s and New Orleans saw its streetcars become electric and its jazz come up in its clubs and dance halls. This great city seems to overcome challenges and come back every time and show what it’s made of. 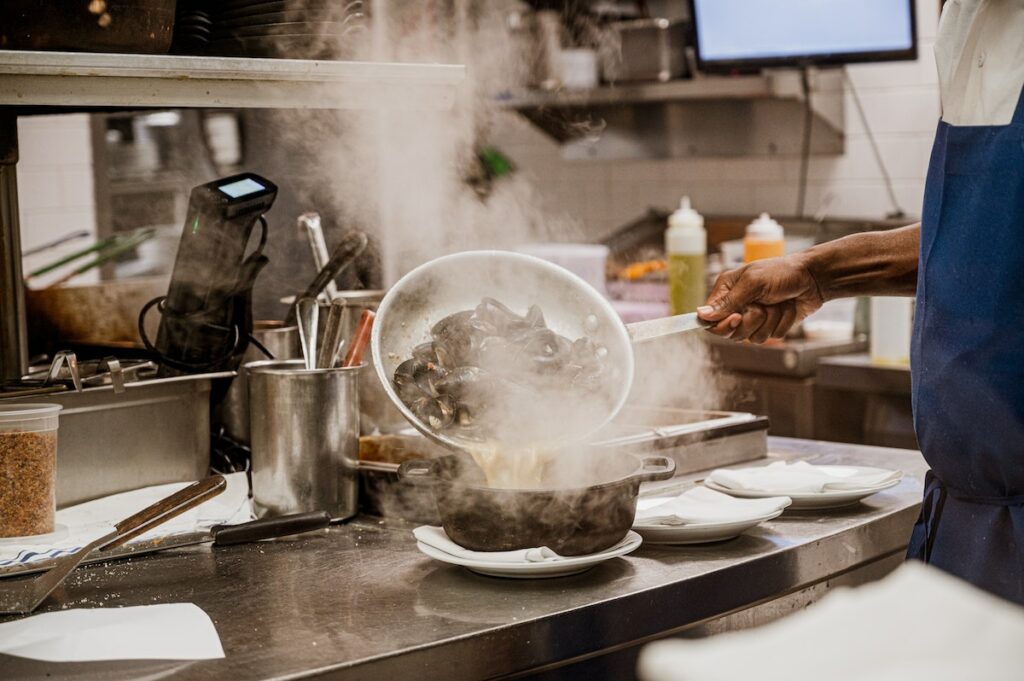 This city is known for some of the best restaurants as well as distinctive foods. Check out Commander’s Palace located in the city’s Garden District. The restaurant has been wowing guests since 1893 with its “Haute Creole cuisine.” Some of the world’s top chefs, from Emeril Lagasse to Paul Prudhomme, have helped make Commander’s Palace the taste of the town.

Head on over to Herbsaint. From its start in 2000 on St. Charles Avenue in the Central Business District, the restaurant is a favorite with families, tourists, and people strolling in after work. The seasonal menu is a mix of French, Southern and rustic Italian. And Chef Donald Link’s restaurant group has many James Beard awards.

Brigtsen’s is a lovely spot situated in the Riverbend neighborhood and housed in a “century-old Victorian cottage.” The restaurant is known for its modern Creole food. You’ll feel like you’re with friends in their home while tasting some of the finest cuisine that New Orleans has to offer. 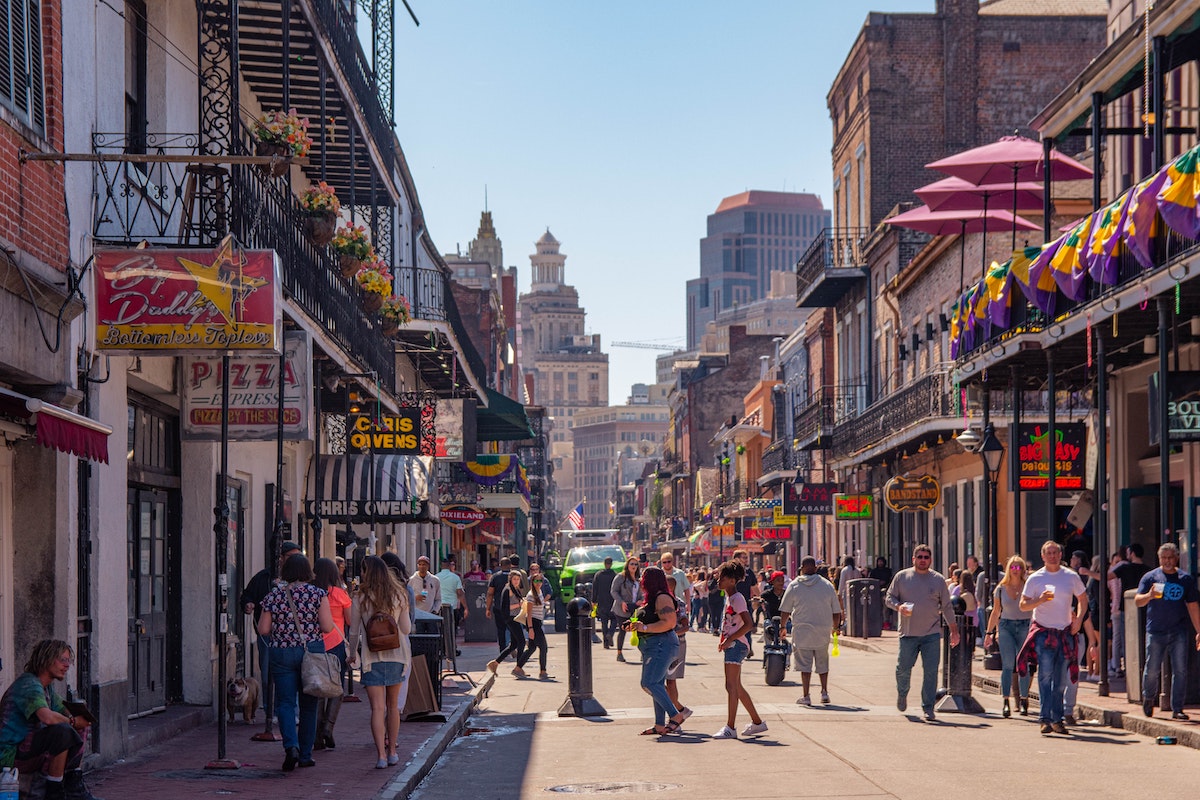 Head On Over to Bourbon Street

Bourbon Street is full of life, it “embodies the life of a party town.” It’s noisy, open all night, lit by neon lights, filled with sounds of music, and is home to crowds of people. “With its windows and doors flung open to the wandering crowds, it should be no surprise that the famed sidewalk strolling libation known as the ‘go cup’ was invented on Bourbon Street, according to Tulane University historian Richard Campanella.”

When you’re on Bourbon Street, check out Jean Lafitte’s Blacksmith Shop. It’s a Creole cottage bar. You’ll find this place filled with mystery and lots of old New Orleans. It was built between 1722 and 1732 and said to be the “oldest structure used as a bar in the United States.”

“Another cultural staple of Bourbon Street is the Old Absinthe House building, which was built in 1806 as a family-owned importing firm.” It’s here where the Absinthe House Frappe was created by mixologist Cayetano Ferrer, and you can still indulge in that drink today. Just stop on by. 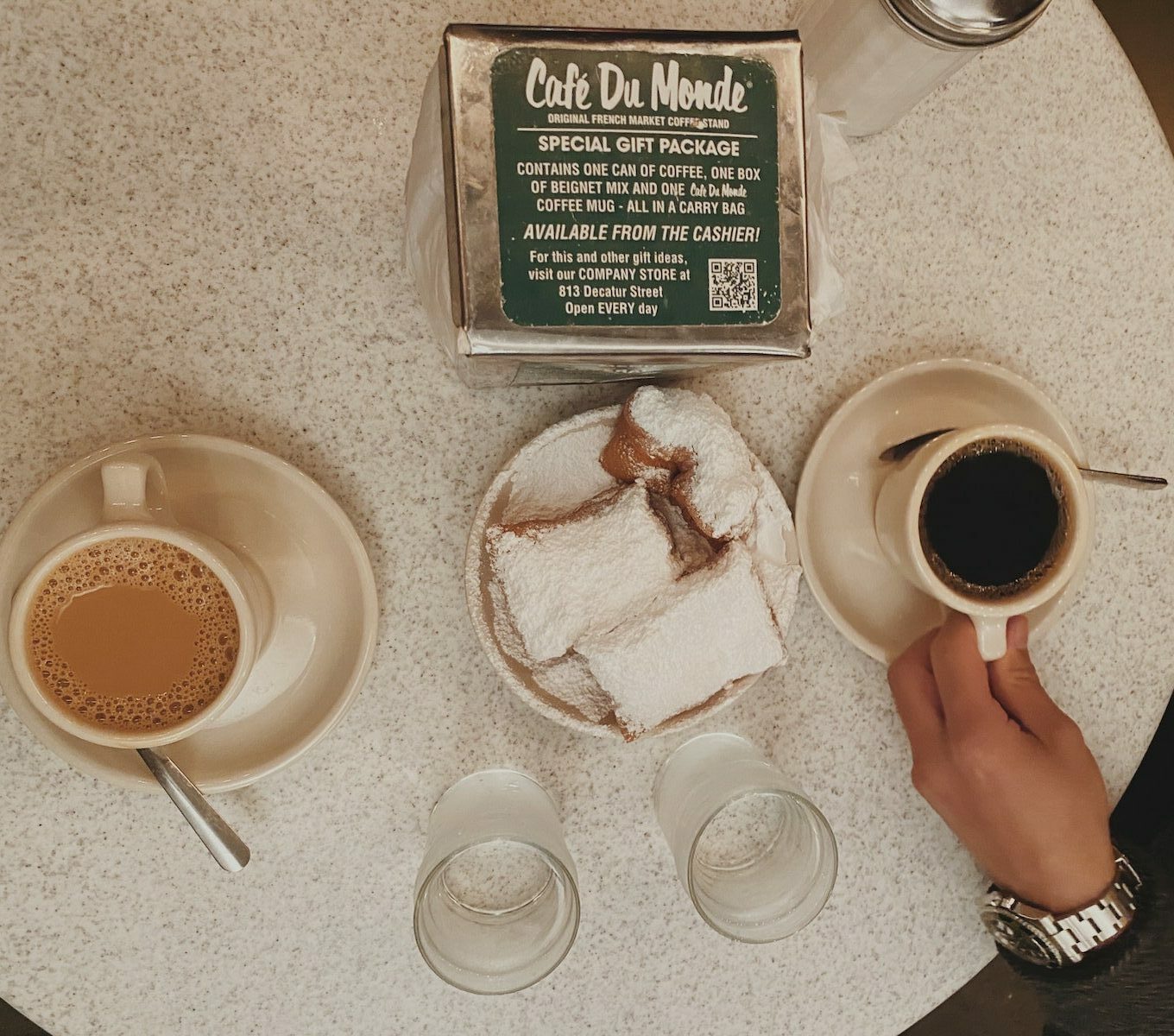 New Orleans City Park is 1,300 acres and is one of the country’s largest urban parks. “It’s also home to the largest grove of mature live oaks in the world, some of which are nearly 800 years old.” New Orleans has an abundance of attractions, and many are in City Park. You’ll find the New Orleans Botanical Garden, Couturie Forest and Arboretum, the New Orleans Museum of Art, the Louisiana Children’s Museum, Carousel Gardens, City Putt, and bike and peddle boat rentals at Big Lake. 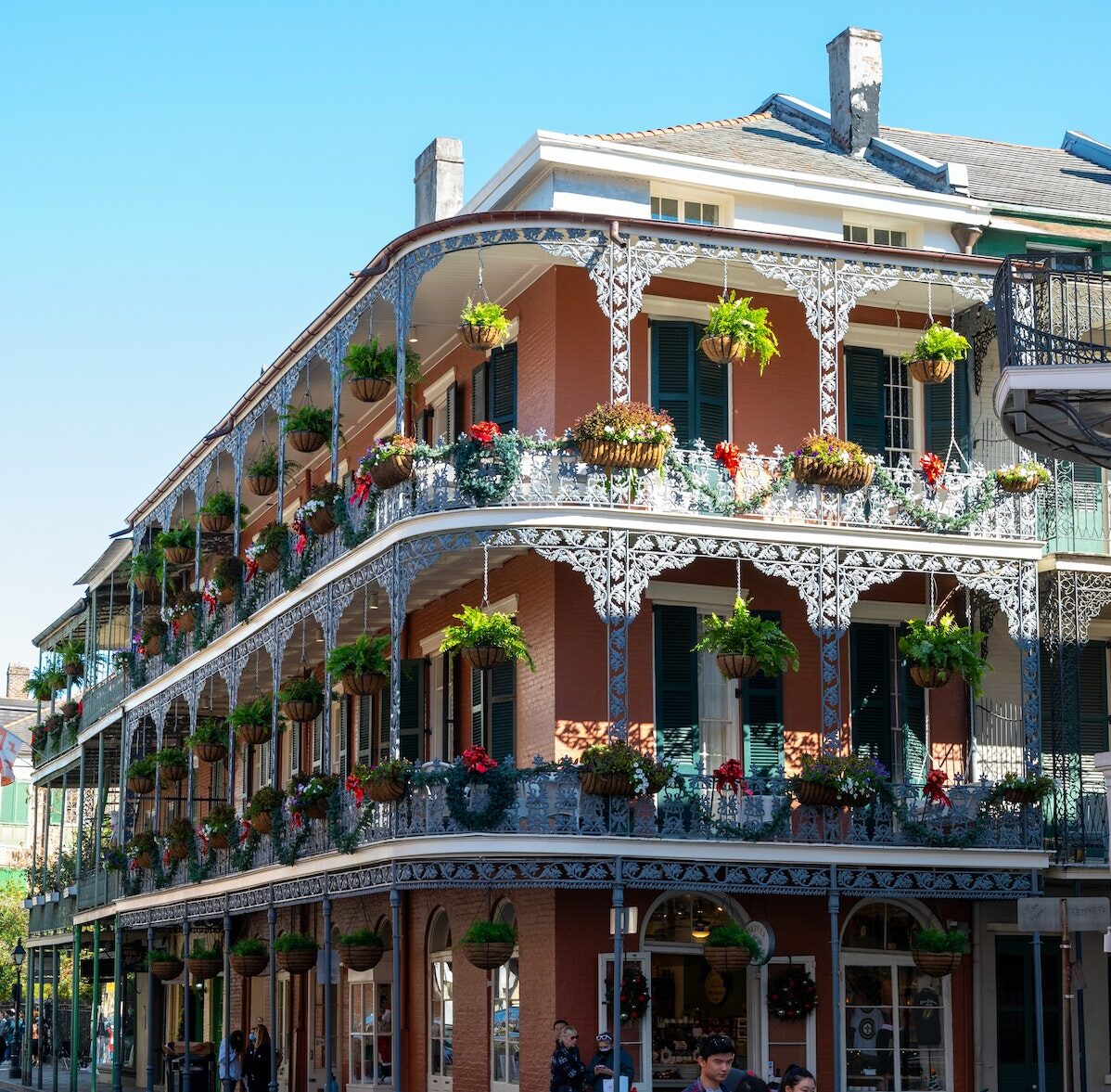 Take a Tour of the Secrets of the French Quarter

Visit the streets of the French Quarter where many cultures come together. You’ll meet on Bourbon Street and then walk and pass by former bars and flophouses while finding out about all the cocktails that were invented there. Another stop is Royal Street. Here is where some of the top local musicians still make great music.

Next up is Jackson Square to visit more historical sites including St. Louis Cathedral and the Cabildo, where the Louisiana Purchase was signed. Then check out one of the most haunted buildings in the U.S., and finally, you’re off to the French Market.

Your day will start on a sweet note at a historic praline-makers shop. You’ll get to taste the confectionary treat as soon as it comes out of the copper pot.

Walk over to a nearby streetcar and stroll down St. Charles Avenue. This is where you’ll start seeing more stately mansions. Before you know it, you’re in the Garden District. Your guide will share stories of the famous homes and their former and famous owners.

Then pass through and take a quick peek at Lafayette Cemetery No. 1, a historic graveyard filled with famous family plots and mausoleums. You’ll hear some captivating stories about how difficult it was to build and now maintain a cemetery below sea level. Upon returning to the avenue of St. Charles, you’ll come upon Elms Mansion.

New Orleans is as exciting as it seems. When you visit, you’ll want to see it all. So, pace yourself and make sure you enjoy every minute of this lively city that makes it easy to fall in love with again and again.