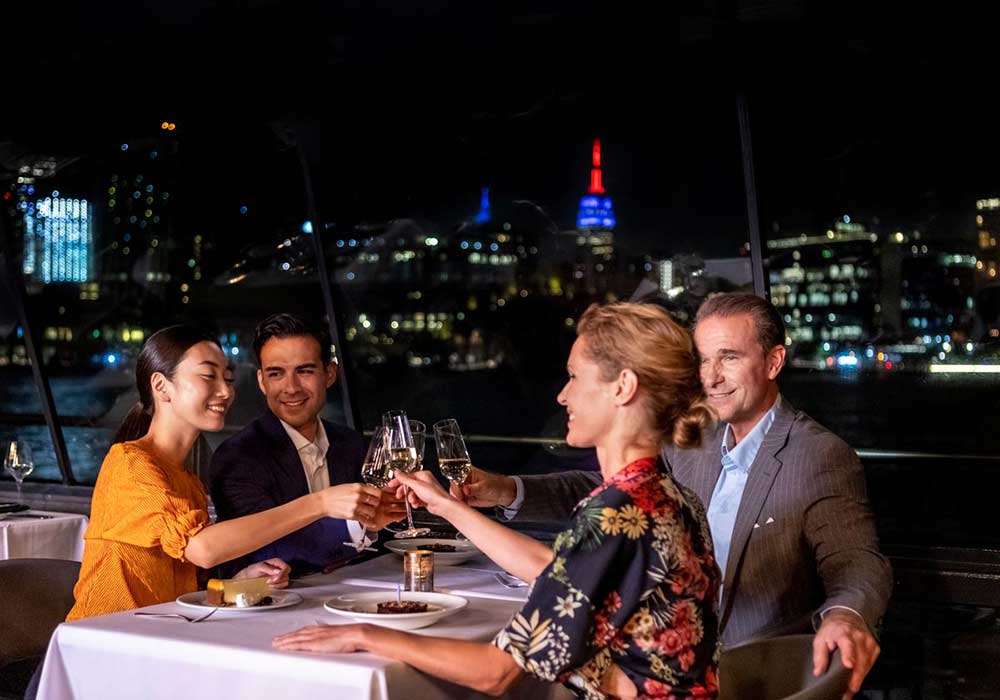 New York City may be known for its towering skyscrapers, Broadway theaters, bustling sidewalks, and the best pizza and hot pretzels, among many other things. But it’s also one of the most romantic cities in the world.

That’s why you and your significant other should plan your special, romantic Valentine’s Day in the city that never sleeps.

No matter if you’re flying or driving in from out of town or you’re a diehard New Yorker, make sure to start planning. With so many choices, you’ll want to get a jumpstart on everything Valentine’s Day in New York City. 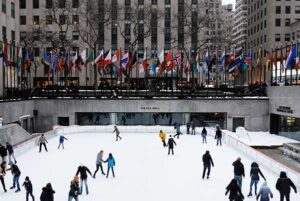 Get out your ice skates or rent them at Rockefeller Center. The rink is iconic. While it’s a hot spot for ice skating during the holidays, the crowds die down after the beginning of January, so Valentine’s Day is the perfect time to get tickets. There may be a nip in the air in February, but you can glide on the ice hand in hand with your partner either by day or under the New York night sky with the watchful eye of the golden Prometheus over you.

Feel like having some indoors fun? When was the last time you went bowling? No matter how long it’s been, it’s time to get out the bowling shoes and dust off the ball because bowling is again all the rage. And it makes a perfect date for Valentine’s Day. If you don’t have the equipment, no worries. Head on over to Bowlmor Chelsea Piers; they have everything you need. Whether you’re a bowler who throws many strikes or some gutter balls, it’s sure to be a blast, especially with some tasty bites and drinks, and a little romance in between games.

Baby it’s cold outside, but there’s nothing that compares to riding up to the top of the Empire State Building. If you’ve never been to the top of the “World’s Most Famous Building,” now is the perfect chance for you and your Valentine’s date.  Check out the observatories and exhibits before you journey to the top to catch a kiss with your loved one. Reservations are required.

Whether you’re a New Yorker or just visiting, take a tour of Grand Central Terminal. This place is New York, and you’ll learn all about its history, architecture, and how it was saved by none other than Jacqueline Kennedy Onassis and eventually deemed a landmark. Your English-speaking tour guide has lots of secrets to unveil about this truly historical and magical gem of New York, plus you and your Valentine can ask questions to find out more. 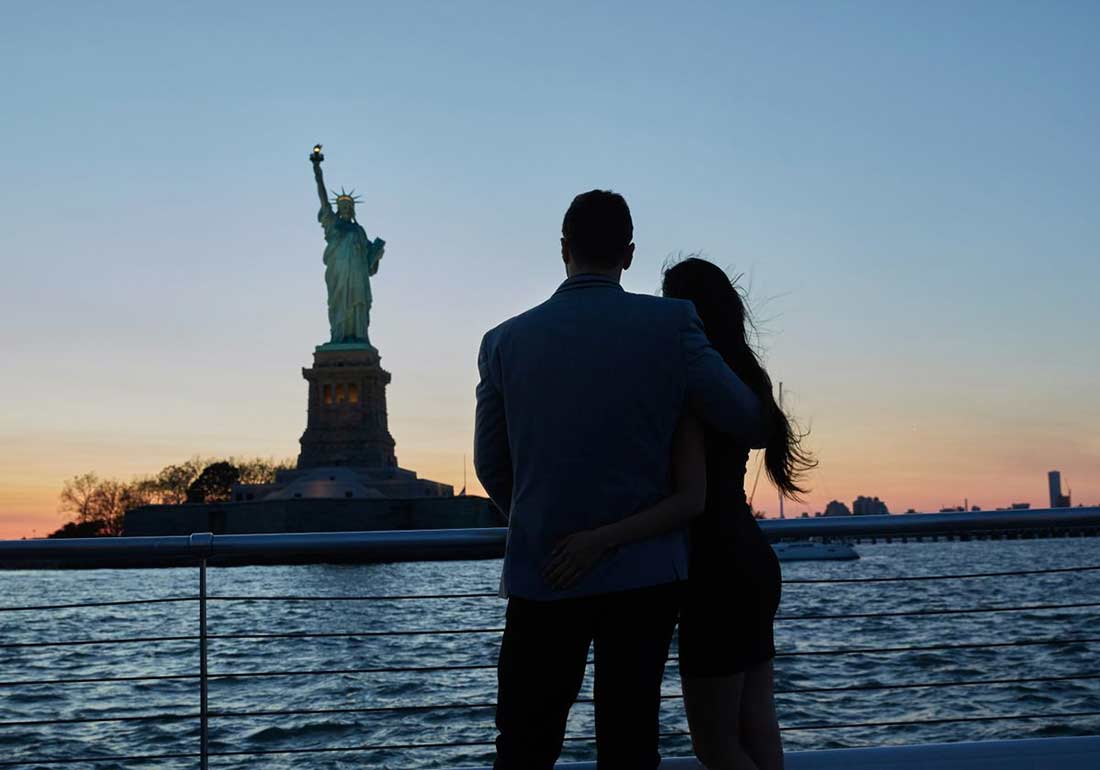 Get Your Romance On

Transport yourself to another era at the TWA Hotel at JFK Airport in Queens, only 12 miles from midtown Manhattan. The hotel, which first opened in 1962, was originally the TWA Flight Center at the airport and was designed by architect Eero Saarinen. “No matter where you stand in the 392,000-square-foot TWA Hotel today, Saarinen is right there with you,” says Curbed. “For starters, Chili Pepper Red—the fiery hue he developed for the Flight Center—is everywhere, from the upholstery in the Sunken Lounge to the hallway carpeting in the hotel buildings.” The red makes it perfect for a romantic Valentine’s getaway night with a 1960s flair. Check out the Twister Room, an entire space to play the 1960s game.

Before the night is done, head over to the The McKittrick Hotel. Here you’ll find The Hideout at Gallow Green, a rooftop bar and restaurant that is one of New York City’s divine secrets.  “Prepare to be transported to the magical mountainside of the French Alps with blankets and plush sheepskin accents at this winter hideaway,” says Secret NYC. “Guests will enter through a forest of pine trees upon arrival that will lead them to the cozy little escape from the hectic city streets.” Enjoy everything from hot cider to spiced wine as well as comfort foods. 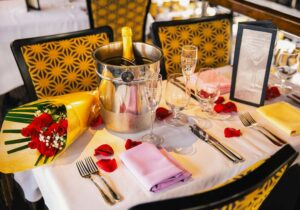 An intimate dinner is waiting for you and your date at Kyma. “The classic Greek flavors at this Flatiron restaurant will make you and your date feel like you’ve just stepped into a romantic taverna on the island of Mykonos,” says Time Out magazine.

Get ready for some romance on the water and take the New York Signature Valentine’s Day Dinner Cruise with your special someone. It’s dinner, signature cocktails with a backdrop of the skyline of New York, and entertainment. The three-hour cruise offers three different packages– find out more and sign up here to get notified for tickets.

There’s always something special to do in New York City for Valentine’s Day. From outdoor daytime activities to a romantic dinner spot that is hidden away, New York brings the love.