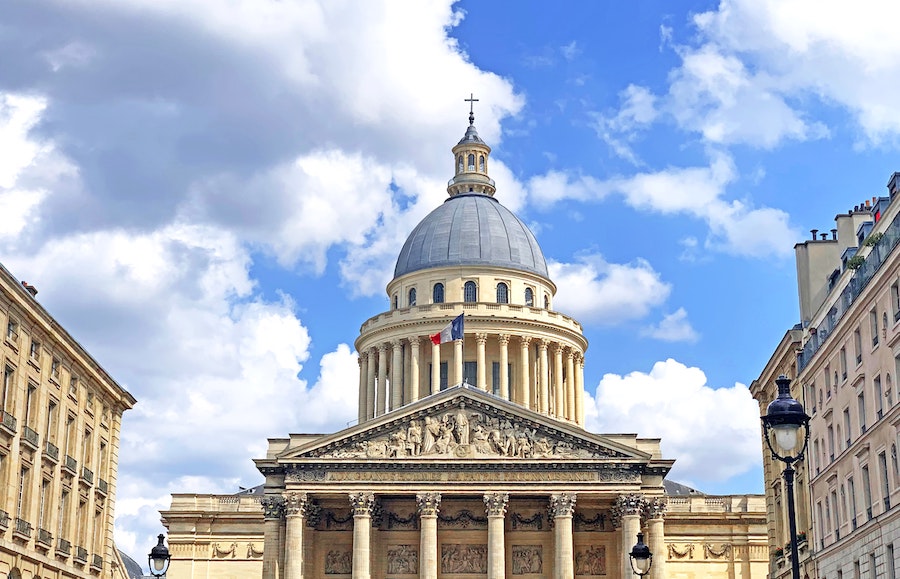 Paris! It is a city that is loved all over the world over for so many things. We know it as the City of Lights, and the City of Love. And it’s also known as the fashion capital where models are known to walk catwalks wearing haute couture. But it’s known for so many other things as well, including its vast history and historic monuments.

“Paris would not be Paris without its celebrated monuments.” And there are so many that tell the story of this 2,000-year-old capital city. “And every evening, a special kind of magic takes hold of the city when these majestic architectural sites are illuminated.”

The city is a leading destination for tourists, and part of the reason is that it has 2,185 monuments to visit. You have so many reasons to walk this city to go sightseeing because it would be difficult to run out of monuments to visit. From the very old to the new monuments, it’s a walk through the city’s great history. “Past, present and future intermingle more effortlessly in Paris than anywhere else in the world.” 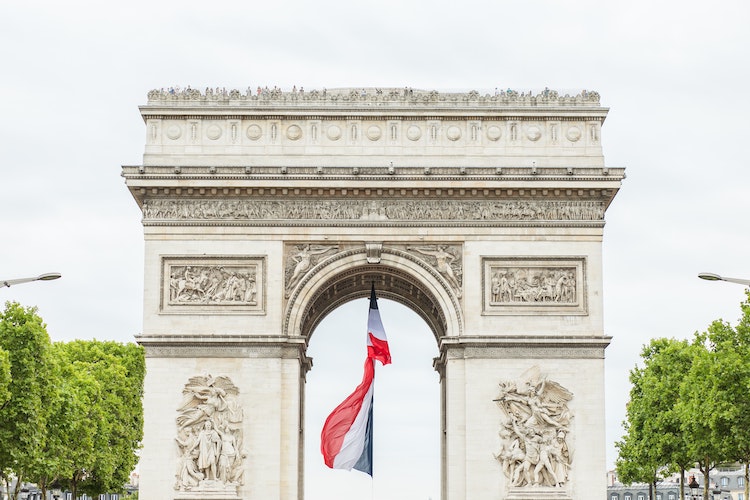 Napoleon ordered the construction of the Arc de Triomphe, which started in 1806. It was built “to honour the victories of his Grande Armée” and “bears the names of battles and generals from the Revolution and the First Empire.” You can get a very different view of the Champs-Élysées from the terrace during the day and evening. Watch the city and the avenues from this great arch.

Take in the Monumental, Neoclassical Architecture of the Pantheon

The architect Jacques-Germain Soufflot designed the Pantheon, also known as the Church of Sainte-Geneviève. He took his inspiration from Rome’s Agrippa’s Pantheon. He “met Louis XV’s wish to glorify the monarchy in the form of a church dedicated to Saint Geneviève, the patron saint of Paris.”

Victor Hugo, who died in 1885 was buried in the Pantheon and since then many great writers, generals, scientists, politicians, and churchmen of note in France have been buried there as well. More than 70 distinguished people are housed in the crypt. They include Voltaire, Pierre and Marie Curie, Emile Zola, and Jean-Jacques Rousseau.

Visit the Wall of Love in the City of Love

Located on the Montmartre Hill on Place des Abbesses, The Wall of I love You is a more modern monument that was created to counter the violence in the world. Instead of dividing, the wall is meant to do the opposite. “The wall of I love you will, on the contrary, be a link between people, a place of reconciliation, a mirror that reflects an image of peace.” The wall was imagined by Frédéric Baron and Claire Kito and has attracted people, especially lovers, from places all over the world. It’s a great place for a romantic hike or to stop  while on your honeymoon. 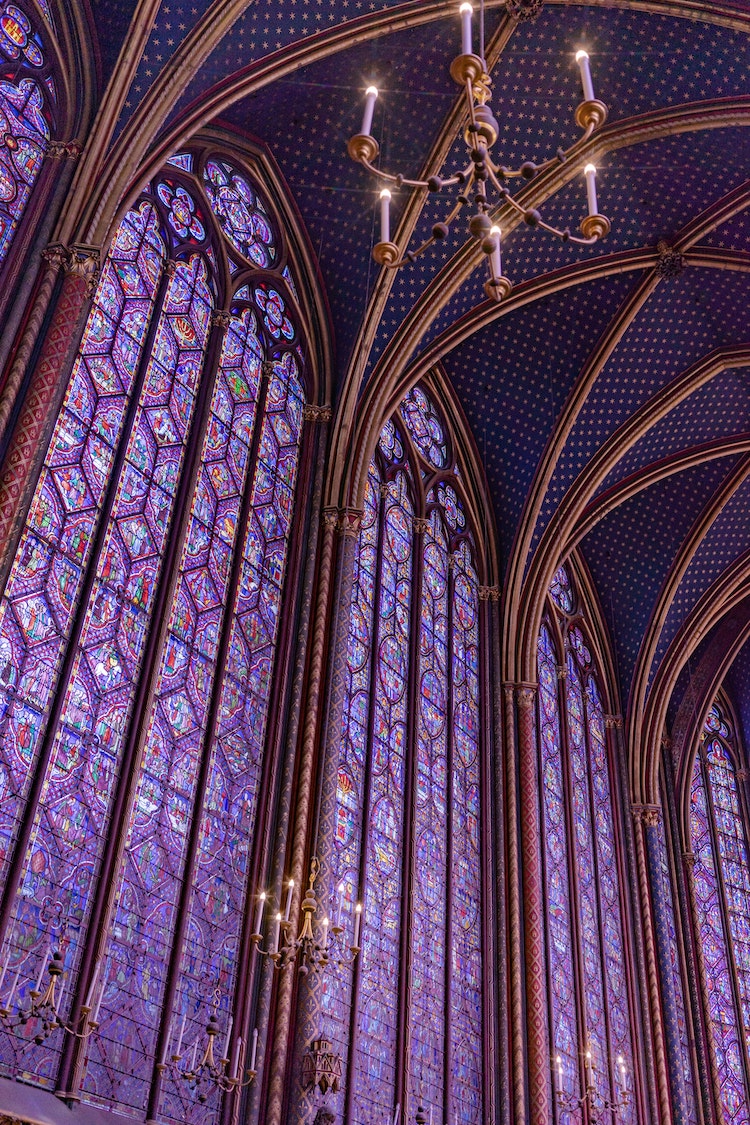 Paris’ Top Attractions and Monuments in Just One Day

Check out the Paris in a Day with Skip-the-Line Louvre Tour, Eiffel Tower, Montmartre & Seine River Cruise tour to get in some of the hottest attractions that Paris has to offer, and all in one day. You’ll get to skip the lines at the Louvre and the Eiffel Tower while you hear all about their history from an expert  local guide.

Start your day first thing in the morning starting at the base of Montmartre hill with your local guide. You’ll get on the funicular and ride to the top to see the Sacré Coeur Basilica and catch the breathtaking Paris views. You’ll explore the Basilica and the neighborhood as well as Montmartre vineyard.

Next, catch the metro for your adventure to Ile de la Cité and the wonders of Medieval Paris. You’ll view Notre Dame, which is still being repaired from a fire. Then you’re off to the Latin Quarter to see the gothic churches and cobbled streets. Walk along the Seine River to the Louvre Museum to view the spectacular collections of art, from sculptures by Michelangelo to the painting of Mona Lisa. Then it’s off to the Eiffel Tower. With your skip-the-line tickets, you’ll avoid the lines. You can also take advantage of the Seine River cruise ticket that your guide will give you. All in a day’s sightseeing in a short period of time.

Tour the Heart of Paris

Take in the iconic sights of Paris including Notre Dame and then Sainte Chapelle as well as cruising along the River Seine. Joining this tour provides a day of historic Paris led by an engaging local guide to make sure you enjoy this very special tour: Heart of Paris: Historic Notre Dame Island, River Walk, Seine Cruise & Skip-the-Line Sainte-Chapelle. 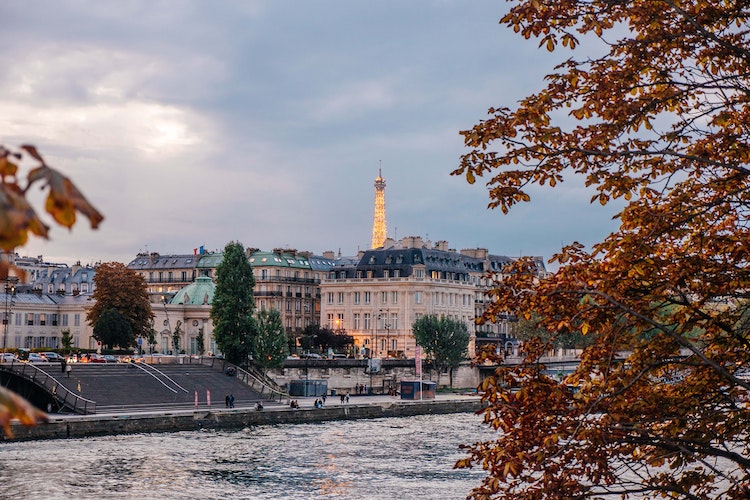 Start the day meeting your guide and a small, intimate group at the Louvre Pyramid. Then stroll along the banks of the river Seine. You’ll pass the sights and buildings while you learn about the history from your guide. Walk along the cobblestones of the Place Dauphine and then the narrow streets of the Latin Quarter, which is home to the Sorbonne.

Next up you’ll get to view Notre Dame, “the gothic jewel of the city.” Although damaged by a fire, Notre Dame is under construction and still stands the test of time. It’s a sight not to be missed.

Sainte Chappelle is next, known as the most beautiful church in Paris. “Originally built by King Louis IX to hold his considerable collection of relics, it’s one of the most stunning single rooms ever constructed in the Gothic style, with towering stained glass windows which never fail to impress.” The lines to get inside are long, but you’ll have skip-the-line access tickets. Your guide will provide you with a river cruise along the Seine, which will last one hour and features a live guide on board.

See the Splendor of Versailles’ Palace and Gardens

Enjoy France’s royal past with a special tour: Closing Time at Versailles: Small-Group Palace Tour After the Crowds with Garden Show from Paris.

Start off by meeting your guide and a group of no more than 18. Then hop on a train to Versailles, right outside of Paris, where Louis XIV took his father’s hunting lodge and renovated it to what is now known as the Palace of Versailles.

You’ll have last-entrance passes to enter the palace while most of the crowds are already gone. At Versailles “you’ll see its gardens and most famous rooms as you learn the story of the rise and fall of France’s monarchs and the lavish (and cut-throat!) courtly culture they created in this opulent royal redoubt.”

While you’ll see the palace, you’ll get the opportunity to relish the 2,000-acre gardens surrounding the place. Learn about how they were created and how Louis employed the best garden designer.

Then you’ll indulge in a tour of the most famous rooms of the palace. Learn the history of the courtiers and courtesans who lived in the palace. See the King’s apartment, public state apartments, and the Hall of Mirrors. Feel free to ask your guide questions as he has many answers!

With all that Paris has to offer including the historic monuments, it would take a long time to see them all. The day tours are perfect to get acquainted with this exceptional city that takes you through history and brings you back to the present, all in one day.