This highly exclusive, behind-the-scenes Broadway tour takes you on a guided journey through New York City’s theater district, along with an in-depth, VIP look at Disney’s landmark New Amsterdam Theatre, led by its in-house historian.

We’ve all got items on our bucket list, but “going to Disney” and “seeing a Broadway musical” are found pretty frequently on many of our do-before-we-die dockets. Fortunately, you can nearly knock two items off your list with one trip, since while you can’t be in New York and Florida at once, the extraordinary entertainers at Disney put on countless Broadway productions every year, and tickets are available far in advance. But, if you’ve already had the pleasure of taking in a Disney show (or several) in the Big Apple, it might seem like there’s not much else to see in New York City’s theatre district. Well, allow us to let you in on a little secret: There’s more—a lot more. Enter: the Disney on Broadway Tour—Behind the Magic at the New Amsterdam Theatre. 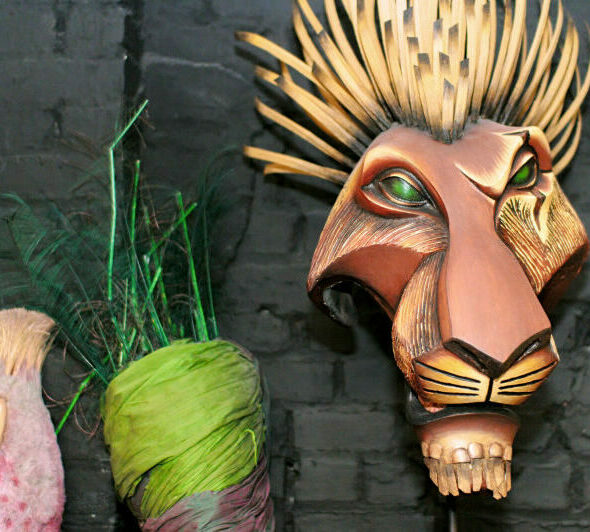 This highly exclusive, behind-the-scenes Broadway tour was created in collaboration with the Disney Theatrical Group and gives attendees a special guided journey—and look behind the curtain—at the legendary New Amsterdam Theatre. You’ll discover the Broadway magic of shows (including “Beauty and the Beast” and “Mary Poppins”) like never before, with a guided VIP tour of Disney’s landmark New Amsterdam Theatre, led by the in-house historian. You’ll be part of a select group of people who have the privilege of experiencing Disney on Broadway through the eyes and ears of the people who make the productions happen. That includes taking a unique, hands-on visit to the New Amsterdam Theatre’s Costumes & Props Studio, where you’ll be one of the only groups of non-performers who’ll get an exclusive look at the original props, costumes, and set pieces for many of your favorite Disney on Broadway musicals. But that’s not all: You’ll also be learning what it takes to create and perform Broadway productions such as “Aladdin” and “The Lion King,” and you’ll be hearing stories of what actually happens behind the curtain, the spooky superstitions Broadway performers hold, and—if you’re lucky—a few ghost stories.

But before all of that, an extremely knowledgeable member of Walks’s Broadway Insider team will lead you on an in-depth tour of New York City’s historic theater district. Get ready to stop at some of the most famous theaters, not just in the Big Apple, but in the world, where legendary performances garner massive audiences and global acclaim. You’ll take a deep dive into the rich history of the area and lap up the lore of pivotal moments in the annals of the stage, such as the famed Ziegfeld Follies, a series of American musical performances which turned Broadway into the bustling theatrical mecca as we know it.

As if that weren’t enough, your personal Broadway Insider—whose team is composed of some of the best actors, crew members, and theater managers in the business—have first-hand experience of how many people it takes to put on a show and what it’s really like behind the curtain. Expect to hear everything from the sheer scale of an average Broadway production to almost unbelievable tales (like how a goat once fell from the roof of one of these very theaters). But more than anything, you’ll gain a deep, exclusive appreciation for just how much effort goes into each and every Broadway performance.

You’ll also get to know the most popular spots where the cast and crew of some of your favorite Broadway musicals like to hang out. Until then, though, take a look below at all of the fun and exciting destinations you’ll check out on your way to the uber-exclusive, VIP tour, Behind the Magic at the New Amsterdam Theatre.