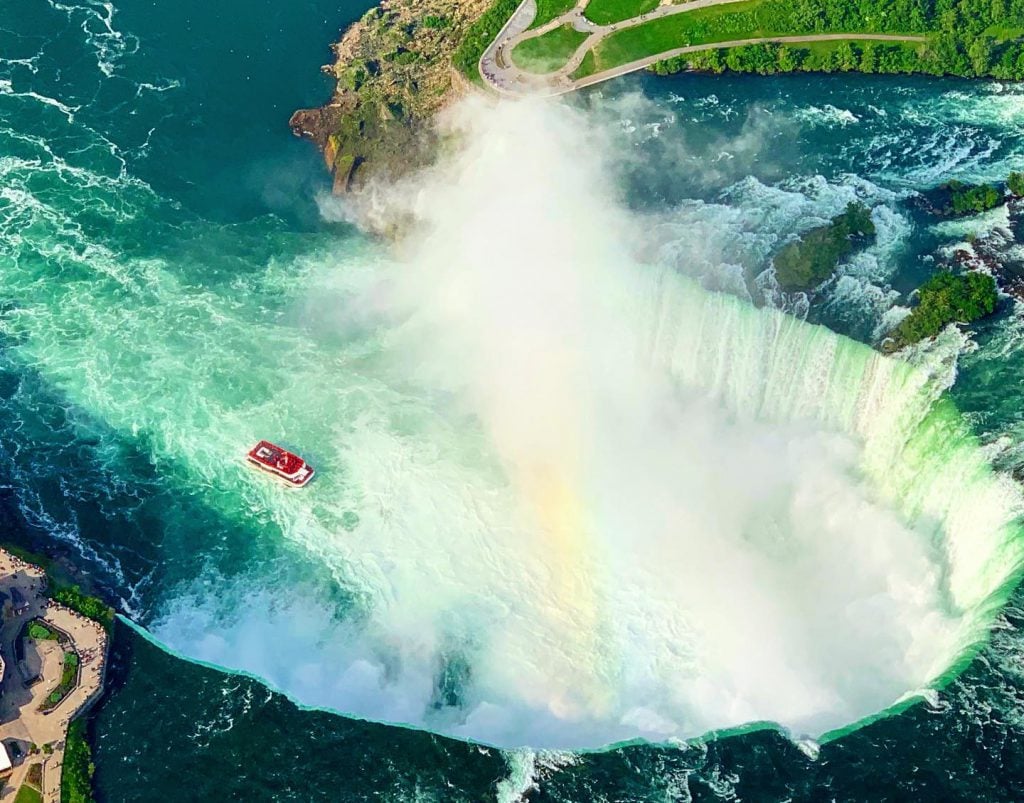 NIAGARA FALLS, Ont. — Visitors to Niagara Falls are getting a couple of extra days to see the iconic natural attraction up close and personal.
Hornblower Niagara Cruises has announced it will be extending its 2018 operating season until December 2nd, giving visitors to Canada’s tourism hotspot — particularly those coming to see the spectacular Ontario Power Generation Winter Festival of Lights — an extra weekend to take a boat trip to the base of the Niagara Falls.

It is only the second time Hornblower has operated the daily cruises on the Niagara River into December.

“This is a great time of year to see and experience the beautiful fall foliage of the Niagara Gorge, and you will not get a more unique vantage point than from the deck of one of our boats,” says Mory DiMaurizio, General Manager of Hornblower Niagara Cruises. “With the Winter Festival of Lights now in full swing, it makes for a great day to spend the afternoon cruising on the River before grabbing some dinner and strolling through the light displays after nightfall.”

Throughout November and on December 1st and 2nd, boat tours will run every half hour between 10 a.m. and 4 p.m. A strong 2018 tourist season has remained at a good level through the fall, prompting Hornblower to seek an extension for its 2018 year. In partnership with the Niagara Parks, it was agreed to keep the attraction operating for an extra two days to meet customer demand.

Hornblower Niagara Cruises has been running boat tours on the Niagara River below the Falls since 2014. Operating two state-of-the-art catamarans, the Niagara Wonder and the Niagara Thunder, Hornblower offers one of Canada’s favourite tourism experiences. Each boat boasts unobstructed 360° views, wifi and refreshment service.

And while temperatures are bit cooler at this time of year, complimentary ponchos provide warmth and keep all guests dry during the boat ride. There are also some viewing areas behind protective glass.

About Hornblower Niagara Cruises:
Hornblower Niagara Cruises is the official Canadian operator of boat tours in Niagara Falls, Canada, and is a sister company of Hornblower Cruises and Events; a North American company based in San Francisco, California, with more than 100 vessels and 30 years of experience operating various types of marine services across the east and west coast.  As Canada’s most iconic visitor experience, the Niagara Falls boat tour operation hosts millions of visitors a year. In September 2018, Hornblower welcomed its 10 millionth visitor.