London is a thriving metropolitan city with over 2000 years of impressive history. Originally known by the Romans as Londinium in 43 AD, the city has witnessed huge change over the centuries. Today you can discover London’s past through its many fascinating historic sites and attractions.

The Royal family are intrinsic to London’s story and this year marks a very special moment as Her Majesty Queen Elizabeth II has become the first British Monarch to celebrate a Platinum Jubilee after 70 years of service!

As London is booming and the feeling of celebration is still in the air, it’s the perfect time to experience some of the city’s best historic royal attractions.

Buckingham Palace is one London’s most famous royal attractions. It’s the Queen’s official London residence and the headquarters of the monarch of the United Kingdom. Located in the City of Westminster, it is often at the centre of state occasions and royal hospitality. The magnificent state rooms are open for visitors to explore for 10 weeks each summer from 22nd July -2nd October and on selected dates during winter and spring.

Changing the Guard is a formal ceremony in which the group of soldiers that stand guard protecting Buckingham Palace are replaced by a new group of soldiers. The guard that looks after Buckingham Palace is called The Queen’s Guard and is made up of soldiers on active duty from the Household Division’s Foot Guards. The guards are dressed in traditional red tunics and bearskin hats. The ceremony is free of charge and is a must for royal history lovers! It’s an historical and royal rite you can’t miss. 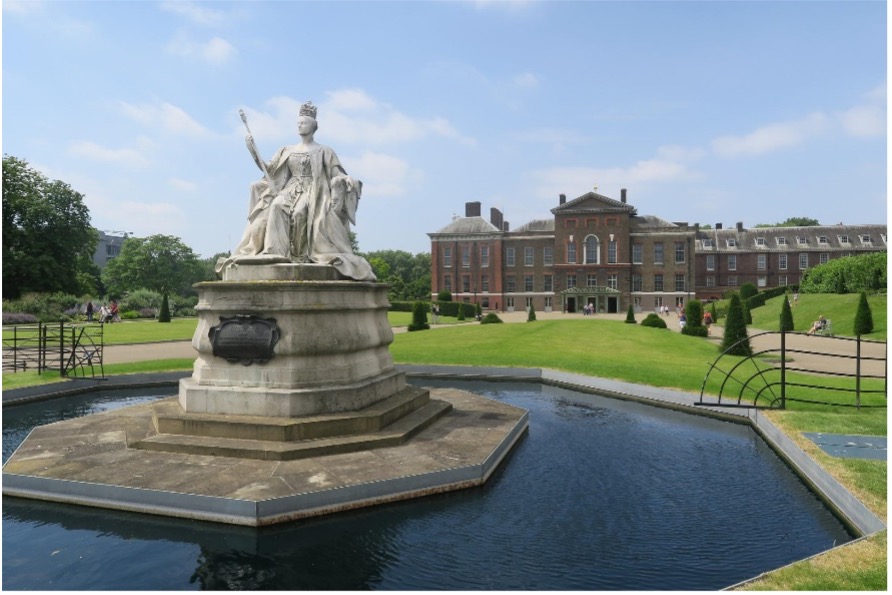 Kensington Palace is a royal residence set in Kensington Gardens. It has been a residence to the British royal family since the 17th century and is currently the official London residence of the Duke and Dutchess of Cambridge, the Duke and Duchess of Gloucester, the Duke and Duchess of Kent, and Prince and Princess Michael of Kent – all of whom have state apartments inside the palace. It was also the birthplace of Queen Victoria! Walk in the footsteps of royalty in Victoria’s re-imagined childhood rooms and marvel at the magnificent King’s and Queen’s state apartments. 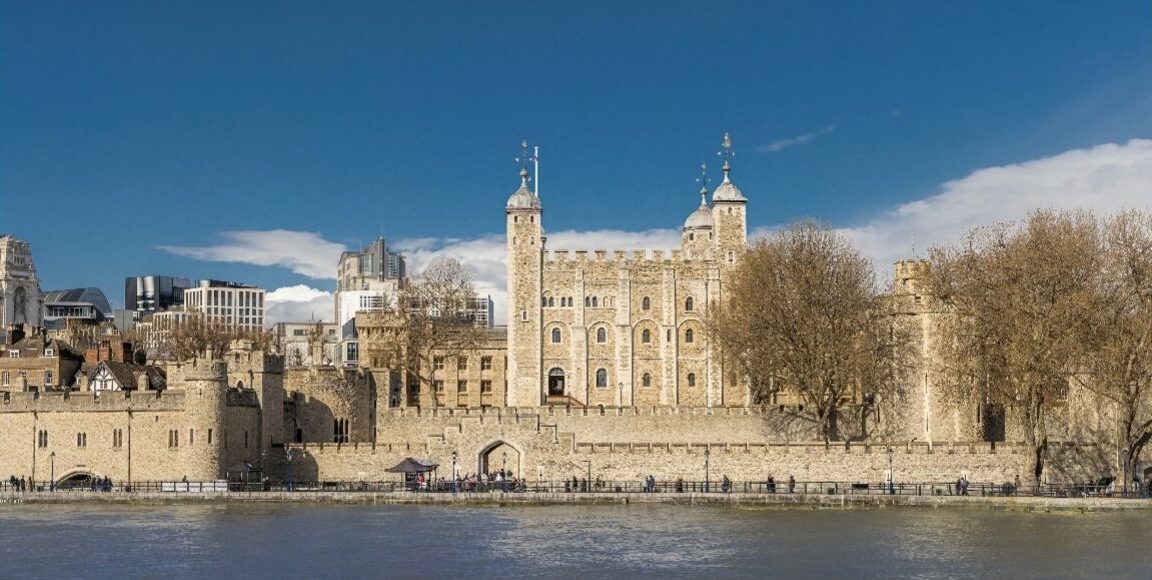 The Tower of London is one of the best royal attractions to see in London! The historic castle is based on the north bank of the River Thames and is famous as the home of the Crown Jewels. The Tower has a very rich and complex history which you can discover by taking a tour with one of the Yeoman Warders who, today, still carry out ceremonial duties.

The Tower of London has been a royal house to many British royal families including The Tudors. During their age it became the most important state prison in the country. It was even known as a place of execution and is famously where Henry VIII’s second wife Anne Boleyn was imprisoned for adultery and then executed by sword. You can get a unique view of the Tower from our Thames Sightseeing Cruise. Make sure to spot the infamous traitors’ gate where accused prisoners made a one-way trip into the Tower.

If you are visiting the Tower of London, keep an eye out for the ravens of the Tower and don’t miss the chance to marvel at the Crown Jewels! After a busy morning exploring the Tower, why not relax with an afternoon tea cruise along the Thames? End your day with scones and tea while taking in London’s breath-taking riverside landmarks 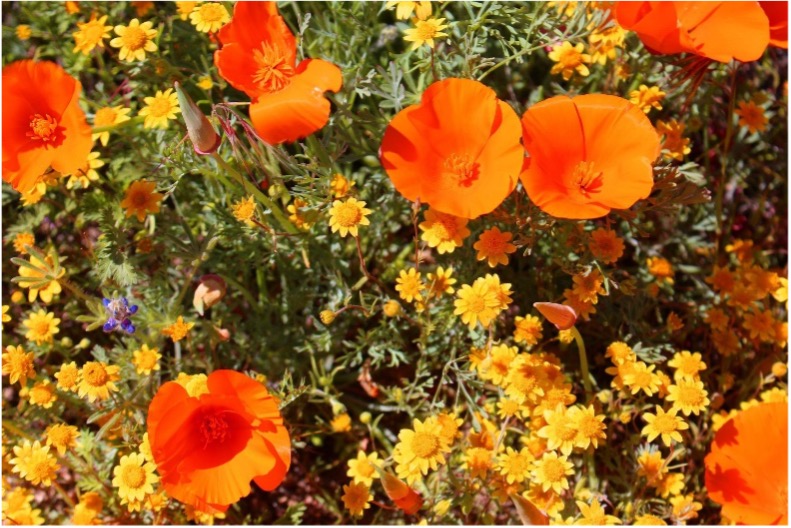 This Summer, explore a special garden installation at the Tower of London to mark the Platinum Jubilee! 20 million seeds have been sown in the moat which will develop and morph over the course of summer and create a beautiful landscape around the tower. Open from June to September.

Westminster Abbey, is a famous large gothic church in the City of Westminster. Join the one million people who come to visit it each year, admire the architecture and discover 700 years of turbulent history. The abbey has witnessed many royal weddings like Queen Elizabeth II and the Duke of Edinburgh and more recently the Duke and Dutchess of Cambridge. You can jump on our hop on hop off cruise, get off at Westminster Pier and make your way to the abbey. When you’re done with your visit, you can always come back on board and relax as you make your way along the river to another part of the city. 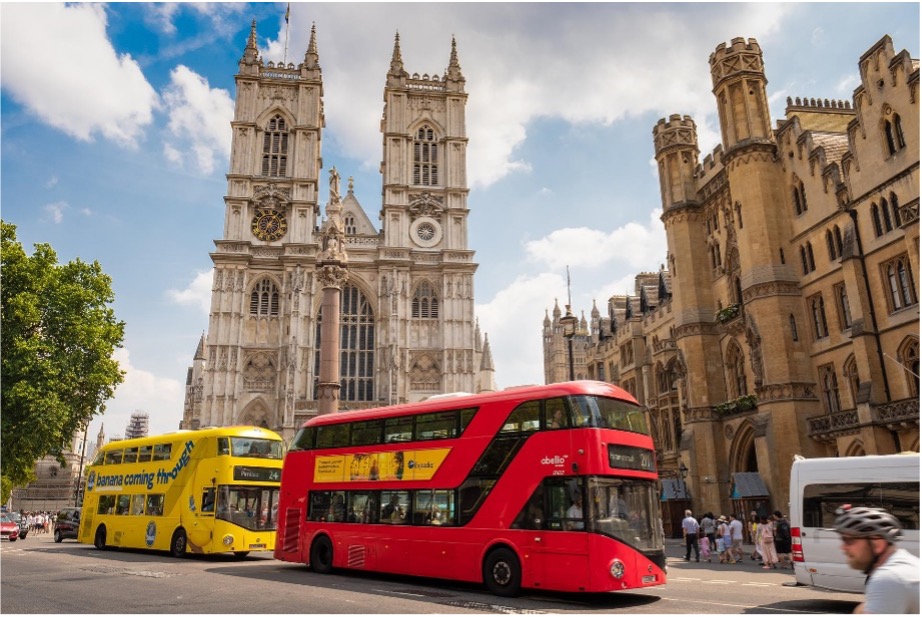 Windsor Castle is the oldest and largest occupied castle in the world. The original castle was built in the 11th century and was founded by William the Conqueror. It has since been the home to 39 monarchs and to date the Queen spends most of her time at this castle. Take a day trip and admire the wonderful works of art from the Royal Collection. Located just half an hour away from London by train, don’t miss out on the State Apartments, Queen Mart’s Doll House, and the Changing of the Guard. They will also be hosting a display commemorating Her Majesty’s Coronation in celebration for the Queen’s historic Platinum Jubilee. 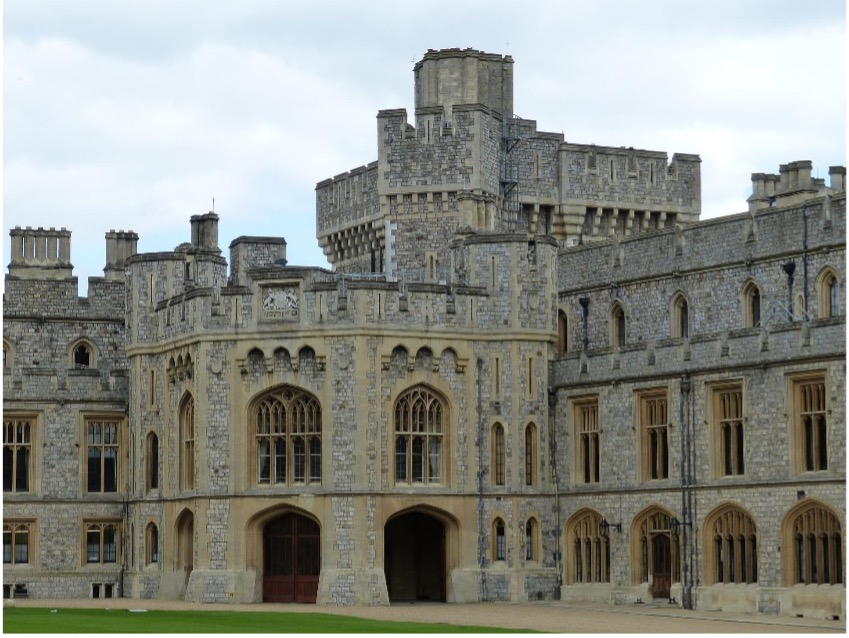 Greenwich Palace, also known as The Palace of Placentia, was an English royal residence built in 1443 and located in Greenwich on the bank of the River Thames. The original residence was rebuilt around 1500 by Henry VII, the first Tudor King, and was the birthplace of Henry VIII. It was one of Henry VIII’s favourite palaces and he spent a lot of the time there. He married two of his wives here and it was where his two daughters, Mary I and Elizabeth I were born. Surrounding the palace are some great attractions including the Royal Observatory, the Old Royal Naval College, and the Cutty Sark!

Thinking about visiting Greenwich? Why not cruise down the Thames on a City Cruises hop on hop off river pass and discover all that Greenwich has to offer! 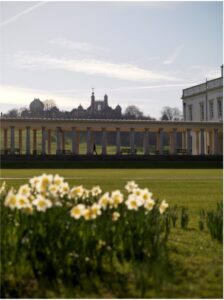 The Tower of London

Let’s start with the star attraction of the London palace scene – Buckingham Palace!

Buckingham Palace was originally known as Buckingham House, the building at the core of today’s palace was a large townhouse built for the Duke of Buckingham in 1703.

You can visit the Tower of London every day. Please check their website for full opening hours and information on closures and notices.

While it might not be possible to get an audience with the Royal family, if you’re in the right place at the right time, you might be able to get a glimpse. There are regulars tours to the residences of the Royal Family, including Buckingham Palace and Windsor Castle.

Official engagements to be undertaken by members if the Royal Family are also published up to 8 weeks in advance on the royal website.