Skip to content
Things To Do / Arts & Music / Chicago the Musical comes to Broadway… Cruises!

Things To Do » Arts & Music » Chicago the Musical comes to Broadway… Cruises! 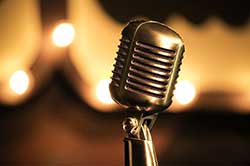 Robert Louis Fosse, also known as Bob Fosse, was the mastermind behind Chicago the Musical. As the son of a vaudevillian, it was not shocking how artistic and talented Bob became. He was a singer, a dancer, a director, all leading to Broadway’s 2nd longest running musical: CHICAGO!

The History of Chicago

Fosse had a vision in mind for bringing the 1926 film to become a musical play. Chicago is a satire based on the corruption within the justice system and the idolization of “celebrity criminals.” Based on the stories of Belva Gaertner and Beulah Annan, Chicago showcases a prohibition-era in which over 100 women from a small metro area, murdered their boyfriends, lovers and husbands. Chicago hits closer to home than many realize, elaborating dissipation through tantilization and seduction.

The musical takes place in the Roaring Twenties, following the end of the World War I. Opening scene begins with Velma Kelly (portraying Belva Gaertner) murdering her husband and sister; finding them in an unwelcoming rendezvous within the Kelly household. Velma takes matters into her own hands and pulls the trigger on both, eventually leading to her arrest.

Roxie Hart (portraying Beulah Annan) murders her lover and states to her husband, Amos, that the dead man was a burglar. Roxie’s husband realizes that this is a lie leading to Roxie’s arrest and placed in Cook County Jail where she meets the other murderesses (including Velma Kelly). Here Roxie meets Mama Morton, a corrupt matron that acts as Velma’s publicist (for money) helping Velma’s name become more thrive in local media and newspapers. Velma becomes annoyed to find that Roxie steals her spotlight and her lawyer, Billy Flynn. Billy Flynn claims he wants to be her lawyer and loves her. As her lawyer, he gives the media twist and turns of Roxie’s story and they are eating it up.

Roxie begs Amos to pay for Billy Flynn as her lawyer which he agrees to. Roxie takes it to the next level in the midst of all of this, announcing her pregnancy to win over the hearts of the jury. With Billy Flynn’s skills, the verdict on Roxie’s case turns out to be “Not Guilty”. Roxie’s spotlight and reign are over. The press vanishes and Billy Flynn admits he was in it for the money and never loved her. Roxie later admits to her husband that her pregnancy was fake, in turn, Amos leaves her. She’s left by herself, a woman that once had it all, left with absolutely nothing.

Chicago has run for a total of 24 continuous years to carry on strength through their well-known cast and guest stars. More recently, Oscar award-winning actor Cuba Gooding Jr. has made his debut as Billy Flynn from October 5- November 18 only!

See below for schedule.

See you all there!