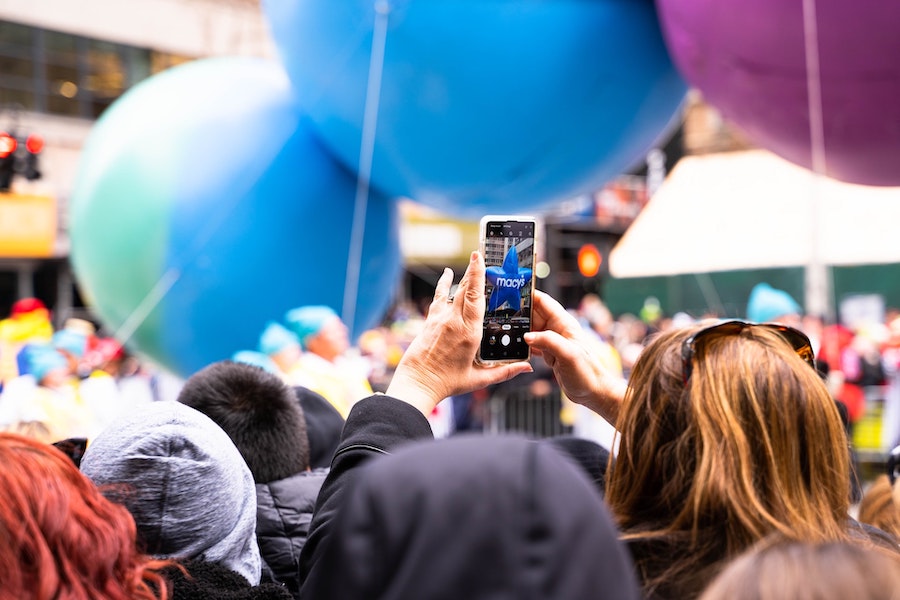 What was originally intended as a “Christmas Parade” in 1924 would eventually become a hallmark of New York City and a popular TV spectacle seen by millions every Thanksgiving Day. Today, it’s a classic bucket list item: Attending the annual Macy’s Thanksgiving Day Parade. Here are the best spots to glimpse all the fun, floats, and entertainment.

Macy’s Thanksgiving Day Parade: The What, Where, and When

The 2022 parade is scheduled to start Nov. 24 at 9 a.m. at 77th Street and Central Park West, then it heads downtown to Macy’s Herald Square at 34th Street, ending at noon. If you’re going to watch it live, check out the parade route for ideas on where to watch and the best viewing areas.

If you’re staying in a hotel along the route, watching from your window is perfect. According to Travel + Leisure, some hotels with great views include the JW Marriott Essex House New York, Refinery Hotel, Mandarin Oriental New York, and New York Hilton Midtown. “For some of the best vantage points, head to Central Park West after 72nd Street, and get there early,” says Travel + Leisure. While Columbus Circle is a perfect spot, you can’t watch from the sidewalks. “Instead, many visitors will opt to watch from The Shops at Columbus Circle for arguably the most desirable view of the parade.”

According to Timeout.com, those joining the parade this year include Paula Abdul, Big Time Rush, Ziggy Marley, Jordin Sparks, Santa Claus and more. There will be performances by two of Broadway’s musicals: Moulin Rouge! The Musical and SIX as well as Ballet Hispánico, Boss Kids, Phantom Limb, and more. 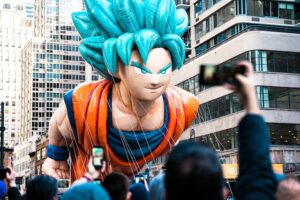 Fun Things to Do Before and After the Parade

For something fun to see on the day before the parade, head over to West 72nd Street and Central Park West, where you can watch the Thanksgiving Day Parade balloons being inflated. You can enter the viewing area from 12noon to 6pm

Since you’ll be spending Thanksgiving in New York City, enjoy your holiday feast after the parade on a Thanksgiving Day Dinner Cruise. The two-and-a-half-hour cruise on New York Harbor boards at 2 p.m. You’ll enjoy a dinner buffet featuring all the trimmings while taking in the amazing views of New York City’s skyline. Gaze on the Empire State Building, One World Trade, The Brooklyn Bridge, and Statue of Liberty while you dine.

More to Do in NYC During Thanksgiving Weekend

If you’re spending the weekend in New York City, here are other fun things you can do, such as ice skating at Rockefeller Center. It’s iconic and an experience of a lifetime. The rink opened in 1936 on Christmas Day. What was supposed to be temporary has been a New York City fall/winter staple ever since. Skate beneath the Prometheus Statue and enjoy the crisp air.

Holiday markets abound in New York City. A perfect choice is the Winter Village at Bryant Park, which not only features free ice skating but a variety of open-air holiday shops as well. And when you’re done shopping, head over to The Lodge for food and drink while you check out at the ice skaters and holiday decorations.

If you haven’t seen The Nutcracker Ballet, it’s time! And there’s no better place to see it than in New York City at Lincoln Center. The first performance this year is the Friday after Thanksgiving, Nov. 25. It’s a magical experience that shouldn’t be missed.

After you’ve watched the parade and skated and walked your way through the city over the weekend, indulge in some of the city’s decadent desserts. Spoil yourself at Serendipty3, famous for its Frrrozen Hot Chocolate. It’s a place to get happy and you may even spot your favorite artist or actor here. It’s a sweet place to make even sweeter memories.

Walk off dessert with the the Meet The Met: Metropolitan Museum of Art Tour. Your expert guide will take you on a tour through 5,000 years of art in three hours. You’ll be in a small group, see the masterpieces, and hear the stories behind the art. Pre-reserved tickets save you time, so you don’t have to wait in line. Some sites you’ll see include The Temple of Dendur, Madame X, and the Ancient Pompeiian Room.

New York City is a grand city to spend any holiday, especially Thanksgiving. From the world-renown parade to ice skating and the iconic skyline views, you’ll be able to say you were there on this special holiday.