A Brief History of Thanksgiving Dinner 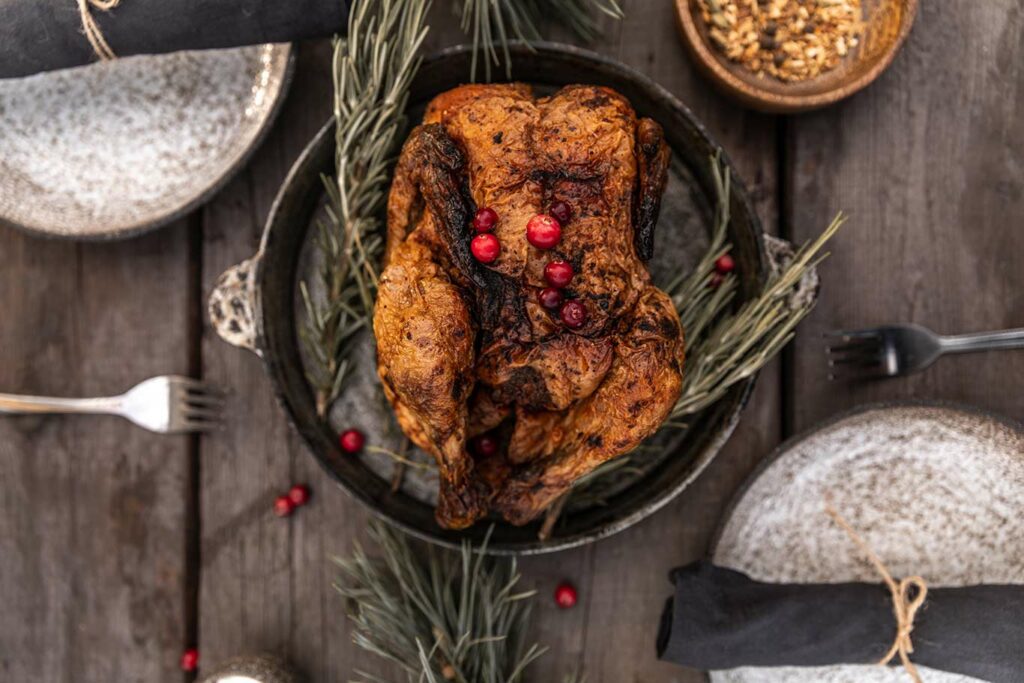 If there’s one thing that can be guaranteed on Thanksgiving Day, it’s that you’ll probably end up having a very big meal and not feeling guilty for it… well, maybe just a little guilty.

But have you ever wondered how the things we eat on Thanksgiving day became staples of every Thanksgiving dinner? Everyone knows about the origin of Thanksgiving but what isn’t so well known is how some of these foods came to be essential to this special occasion.

The truth is we’re not totally sure what was eaten at the first Thanksgiving but we do know people were sent out to hunt for fowl. It’s possible it may have been something other than turkey, such as geese, though wild turkey was very easy to find and a common meal at the time.

And that brings us to pumpkin. There’s no doubt pumpkin would have been at the table at the first thanksgiving. It may not have been a pumpkin pie, but it was a pumpkin, nonetheless. Pumpkin pie started making its way into Thanksgiving meals around the 1800s and it’s been there ever since.

One must-have for many is sweet potatoes. You wouldn’t have found this at the pilgrim’s table. It’s unlikely any type of potato was part of their meal. However no one’s going to complain that candied yams or sweet potato are essential to most Thanksgiving dinners.

Fun fact: Many people believe that an ingredient in Turkey called tryptophan is what causes everyone to feel so drowsy after Thanksgiving dinner. But this may, in fact, be a myth. It’s thought that the combination of carbs from sides and desserts allows the tryptophan to cause this effect, meaning you can’t have one without the other! But who wants to do that?

A great way to indulge in a decadent Thanksgiving dinner and still find yourself with plenty of energy is to take a cruise in NYC. Hornblower’s Thanksgiving Dinner Cruise has traditional Thanksgiving favorites such as a maple glazed turkey breast, candy crusted sweet potato and pumpkin cheesecake. You’ll be so energized by the amazing views and atmosphere, you won’t feel the tryptophan at all… or at least until you get home. Happy Thanksgiving!