8 Statue of Liberty Facts to Know Before You Go 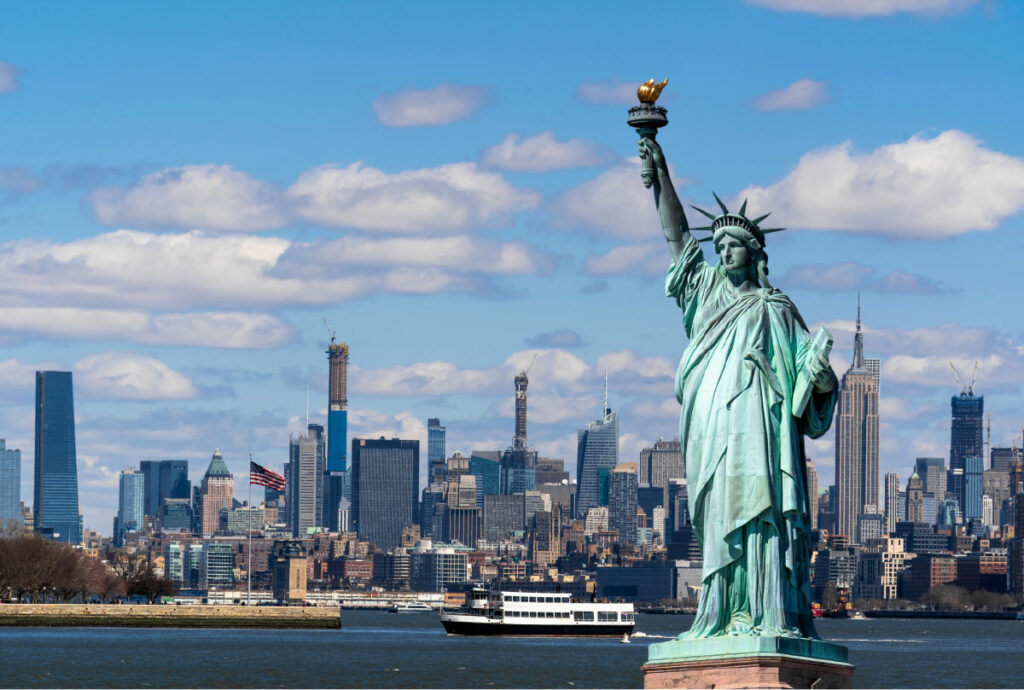 If you’re planning a trip to New York City, you’ll likely spend some time viewing one of the Big Apple’s most famous sights: the Statue of Liberty. Most people know that the statue was a gift from France that has served as a beacon of freedom to arriving immigrants for many years.

But there’s also a good bit of information about the statue that you may not have heard. By perusing these Statue of Liberty facts before you go, you’ll deepen your appreciation of this masterful work of art that stands as an American icon.

1 She Has Several Names

Most people know her as the Statue of Liberty or Lady Liberty. But did you know that her official name is Liberty Enlightening the World? Designed by French sculptor Frederic Bartholdi, the statue was dedicated in 1886, and in 1924 she was designated as a National Monument. Whatever you prefer to call her, the statue remains a national treasure.

Yes, Lady Liberty has had a few nips and tucks. In the mid-1980s, she underwent a multimillion-dollar renovation. As part of the project, she received a new torch to replace the old one that was corroded beyond mending. On July 5, 1986, a centennial celebration marked the official return of Lady Liberty. 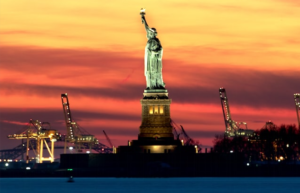 To create the “skeleton” on which he would hammer large copper sheets to serve as “skin,” sculptor Bartholdi called on Alexandre-Gustave Eiffel, designer of the iconic Eiffel Tower. Eiffel created the framework from iron pylon and steel. This allowed the copper skin to move freely, which would be necessary for enduring the vigorous winds of New York Harbor.

4 The Weather Was Terrible On Her Inauguration Day

On Oct. 28, 1886, a parade marked the statue’s official installation in New York. The weather that day was so bad that a planned fireworks display was postponed until Nov. 1; however, heavy rains weren’t enough to stop the proceedings, as President Grover Cleveland accepted on behalf of the nation “this grand and imposing work of art.”

5 The Statue Represents A Roman Goddess:

Many people visit the Statue of Liberty without knowing that it represents a Roman goddess. The goddess in question is Libertas, the personification of liberty. She is often depicted holding a torch and a tabula ansata, which is a tablet inscribed with the date of the American Declaration of Independence. The statue was a gift from the people of France to the people of America, and French sculptor Frédéric Auguste Bartholdi designed it.

Libertas inspired Bartholdi after witnessing how the people of France venerated her during the French Revolution. When he later visited America, he saw that the same kind of reverence was given to Liberty. As a result, he decided to create a monument that would symbolize the shared values of liberty and democracy. The Statue of Liberty is one of the most recognizable monuments in the world, and it continues to stand as a beacon of hope for all who believe in the power of freedom. 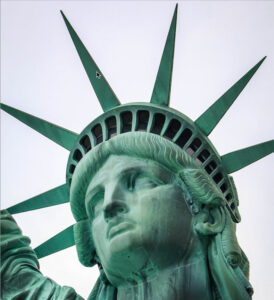 6 The Crown’s Spikes Represents The Oceans And Continents:

The Statue of Liberty’s crown is one of its most recognizable features. But did you know that each of the seven spikes represents one of the world’s oceans and continents? The seven spikes on the Statue of Liberty’s crown represent the seven oceans and continents of the world. Bartholdi chose this design to symbolize the universal concept of liberty. The statue’s torch also represents enlightenment, which is another key principle of liberty. The statue was originally intended to symbolize the idea of liberty and freedom for all people, regardless of where they lived. This message is still relevant today and is one of the many reasons why the Statue of Liberty is such an iconic symbol. If you’re planning a trip to see this American icon, be sure to add these interesting facts to your knowledge base!

7 The Statue Of Liberty Is Located On Liberty Island:

Most people know that the Statue of Liberty is located on an island in the harbor of New York City. However, many are surprised to learn that the island was actually named after the statue. Before it was called Liberty Island, it was known as Bedloe’s Island. The name change came about in retaliation to British attacks during the American Revolution. A British warship had shelled the island, causing extensive damage to its fortifications. In response, Congress renamed the island in honor of the symbol of American liberty. 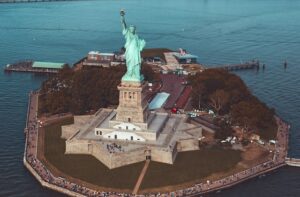 8 You Can Take A Ferry To The Statue Of Liberty:

Meet The Lady In Person

Now that you’re familiar with these Statue of Liberty facts, it’s time to plan your visit. By taking a ferry to the Statue of Liberty, you can see for yourself the craftsmanship and symbolism that make Lady Liberty a timeless emblem of democracy.