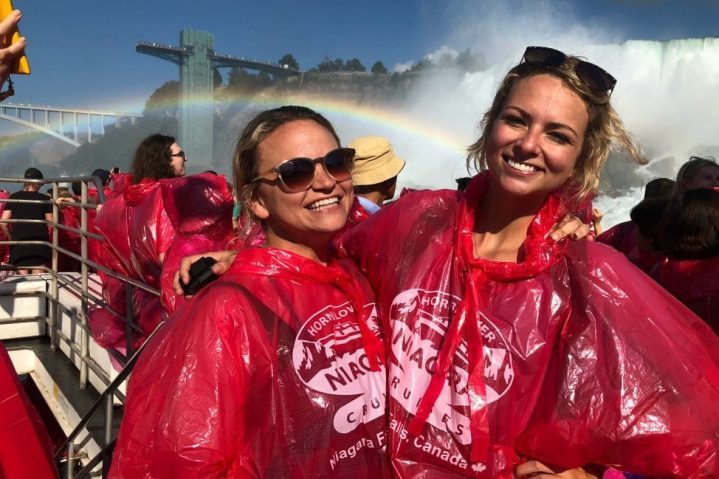 ‘Live with no excuses and travel with no regrets’

Travelling always adds for an adventure in one’s everyday lives, but when travelling is your career you are brought where the winds take you… or sometimes where your editor sends you! This year, Hornblower Niagara Cruises has welcomed hundreds of travel writers, producers, T.V. personalities and social influencers thanks to the support from tourism industry partners including Destination Canada, Destination Ontario, The Niagara Parks, Niagara Falls Tourism and Tourism Partnership of Niagara. This year we’ve had the pleasure of hosting a number of media that communicated our #inthemist story on many different communication platforms, for example, film, radio, social media and one of the biggest for us this year, on National television. Although there were many to choose from, below are some of our media highlights from 2018.

Monday Night Football has a new marquee sponsor, the luxury brand car, Genesis who joined as the sponsor during the network’s 49th season, making it sport’s television longest running series. As part of the Monday night shows, musical performances offer a bit of additional halftime entertainment including past performances by Lil Wayne, Tori Kelly and most recently English, rockband Bush who performed their smash hit, ‘Come Down’ at Hornblower Niagara Cruises in October. Watch the clip

Stuart is an award-winning travel writer, photographer, and blogger. His work appeared in publications including National Geographic, The Hindu, The Telegraph U.K., the Times Group Publication and many more. He visited Niagara Falls, Canada in May to experience the world-famous waterfall and its wonder from aboard our boat. See the article

Karl & Daan, a German-Dutch couple visited Niagara Falls, Canada for the first time to mark the world famous attraction off both of their bucket lists. Karl began writing and blogging his stories from his earlier travels that it wasn’t until he met Daan, a theatre graduate, where the two pursued their love of writing, traveling and each other to make a ‘Couple of Men’ travel blog. Today, the men have traveled to 20+ countries, one most recently including Niagara Falls and Toronto, Ontario, Canada. Discover their Hornblower Niagara Cruises adventure.

We know getting #inthemist is a bucket list adventure for all, especially for families who are making southern Ontario a stop during their summer travels. One family, in particular, was the Schultz family from the United States. The family of five makes it their mission to travel across the United States to explore the great unknown. This spring, the family explored the great white north, making their first stop in Niagara Falls, Canada. View their fun, family Hornblower Niagara Cruises experience and see their past locations where they have visited. See the Youtube video

Travel Writer, Angie Orth began her career in the travel industry in 2011 after leaving her desk job at a PR Agency in New York City to explore what would be over 18 countries in one year! Her love of travel, people and places landed her a career working for Universal Studios where she was part of the launch of the ‘Wizarding World of Harry Potter. Since then, Angie has launched her blog, ‘Angie Away’ and continues to travel, including her most recent visit to Niagara Falls, Canad, exploring our 700-passenger catamarans and the Falls. Explore Angie’s Niagara Falls visit Angie Away.com
For more information on past travel writers, visit our Press & Media page.
niagaracruises.com
#inthemist