Skip to content
Special Events & Holidays / 4th of July / The Biggest Fourth of July Ever!

The Biggest Fourth of July Ever!

Special Events & Holidays » 4th of July » The Biggest Fourth of July Ever! 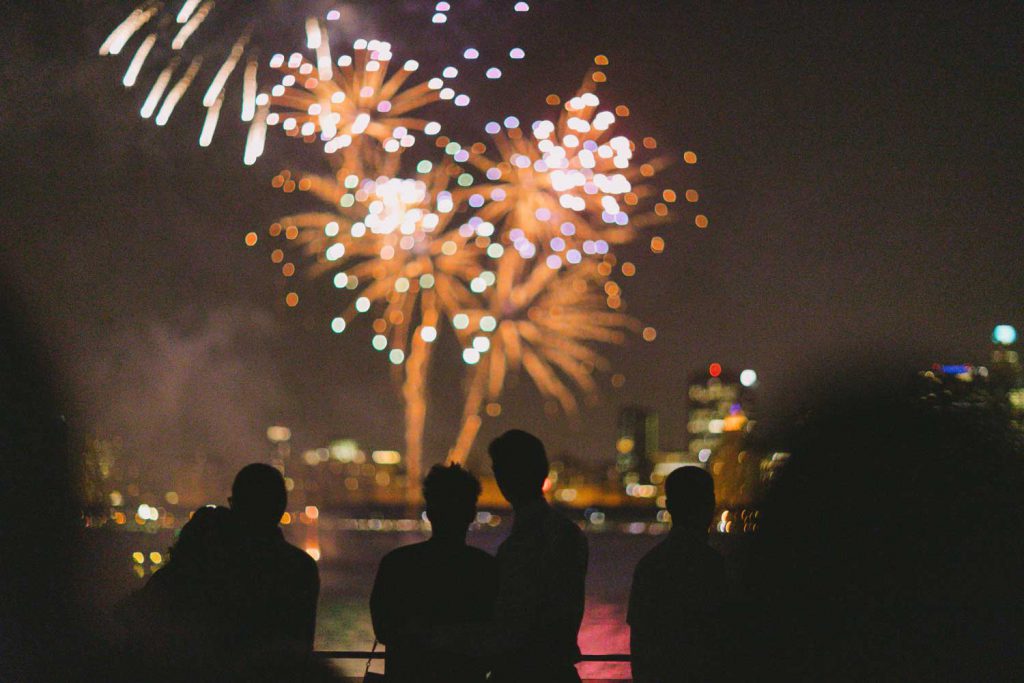 Apart from New Year’s Eve, it’s the biggest party of the year and, if you’re talking about events on New York Harbor, it’s easily the biggest.

When it comes time to celebrate America’s birthday, there’s no bigger celebration and no better place to be than on the water with a prime view of the spectacular fireworks.

The atmosphere just can’t be matched.

This year Hornblower is happy to be hosting three 4th of July Cruises.

The Admiral’s New York 4th of July Fireworks Cruise takes place aboard NYC’s most recognizable yacht, the Hornblower Hybrid. The Hybrid will have the best views in the harbor with its atrium deck giving you 360-degree views of the fireworks.

And what better way to celebrate Independence Day than with a traditional American-style BBQ picnic buffet? Did we mention there’s a premium open bar? The perfect way to escape the crowds and see the fireworks in the lap of luxury.

The New York 4th of July Fireworks Cruise happens on the Hornblower Sensation. Take advantage of the Sensation’s covered top deck for amazing views of the fireworks and all the action on the water.

It’ll be just like a Fourth of July BBQ on a boat… expect it’s a yacht and you’ll have access to a premium open bar. Imagine you’re on a rooftop but on the water! Amazing views, fresh air, great food and good times.

If you’re looking for the ultimate Fourth of July celebration and would prefer a refined six-course meal in intimate surroundings, the Premier New York 4th of July Fireworks Cruise is for you.

The beautifully appointed Hornblower Esprit provides a refined atmosphere in which to enjoy the Fourth of July Fireworks on New York Harbor while partaking of a delicious six-course meal and top-shelf open bar. If you like the finer things in life, you’ll love this special holiday experience aboard the Esprit. Due to the exclusive nature of this cruise, spaces are limited

All cruises depart from Pier 15 at South Street Seaport.