The Most Romantic Sunset Views in Rome 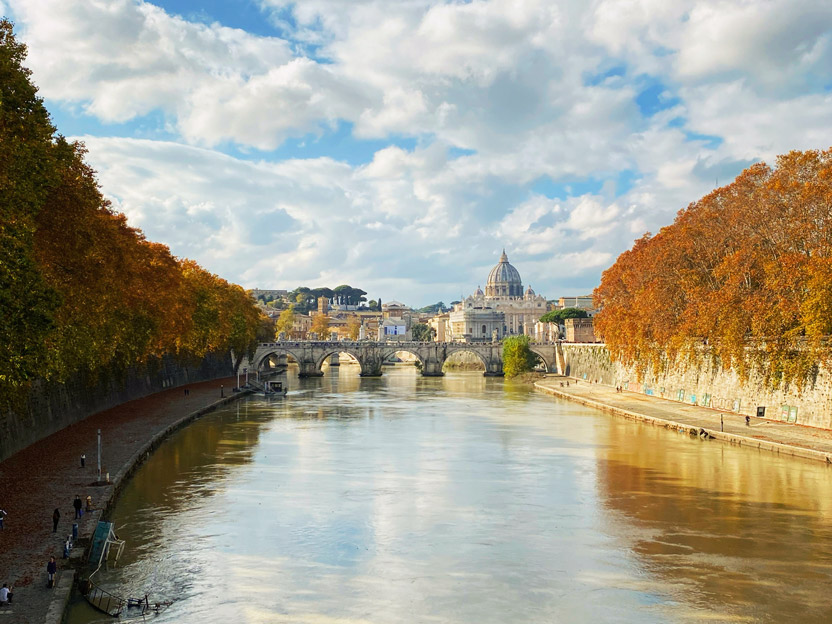 There’s nothing more romantic than watching twilight descend upon the Eternal City at golden hour—seeing the sun set over ancient ruins and bitter orange trees is nothing short of spectacular.

What are the most romantic places to see the sunset in Rome?

The infamous City of Seven Hills has no shortage of jaw-dropping panoramic views, and to be sure, sunsets in Rome consistently wow from almost every corner. From the Piazza del Popolo to the Capitoline Hill, Pincio Terrace to the Spanish Steps, you could easily spend the sunset hour at a different vantage point every evening while visiting Rome.

Too many options? You’ll make stops at some of Rome’s best places to watch the sunset on our Twilight City Stroll & Gelato Tasting. Led by an expert local guide, this 2.5-hour tour of the Eternal City includes golden-hour stops at some of Rome’s most important monuments (Trevi Fountain, Piazza Navona, and the Spanish Steps, among others), plus samples of the capital’s best gelato.

Rather go it alone? These are the most romantic places to see sunsets in Rome. 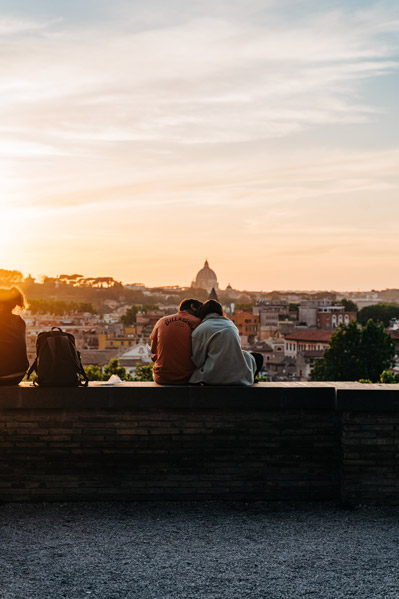 For the best views, you can’t go wrong stationing yourself at Pincio Terrace(Terrazza del Pincio). Overlooking the Piazza del Popolo, right across from the Janiculum hill, this is one of the Eternal City’s best sunset spots.

Spend the afternoon roaming around nearby Villa Borghese Park, just above the Piazza del Popolo, before heading to the terrazza at golden hour. Here you’ll get a phenomenal panoramic view of the City of Seven Hills, bathed in golden light as the sun sets over the piazza, plus stunning views of St. Peter’s Basilica and the river Tiber.

After Mother Nature’s show, pop round the corner to Villa Borghese’s Casina Valadier for a ritzy aperitivo and some top-notch Italian cicchetti (small bites), then spend a romantic night exploring the Roman landscape, with some of the city’s most impressive landmarks, such as the Roman Forum and the Colosseum, illuminated against the evening sky.

Tourists and Romans alike head to Il Giardino degli Aranci (the Orange Garden) to take in the sunset, due to its spectacular placement above the Eternal City on Aventine Hill, not to mention its fabulous array of statues and ancient ruins and its pretty fountain.

From here you’ll get a picture-perfect view of St. Peter’s dome as twilight falls over the river Tiber, while basking in the glory of the garden’s many bitter orange trees. (Fun fact: Local lore has it that the Spanish saint Dominic planted Rome’s first orange tree in this very spot.)

For a spectacular vista of the Vatican City across the river Tiber at sunset, head to Ponte Umberto I, a bridge that affords a stunning view of St. Peter’s Basilica and the iconic, statue-lined Ponte Sant’Angelo (Bernini’s famous Bridge of Angels). 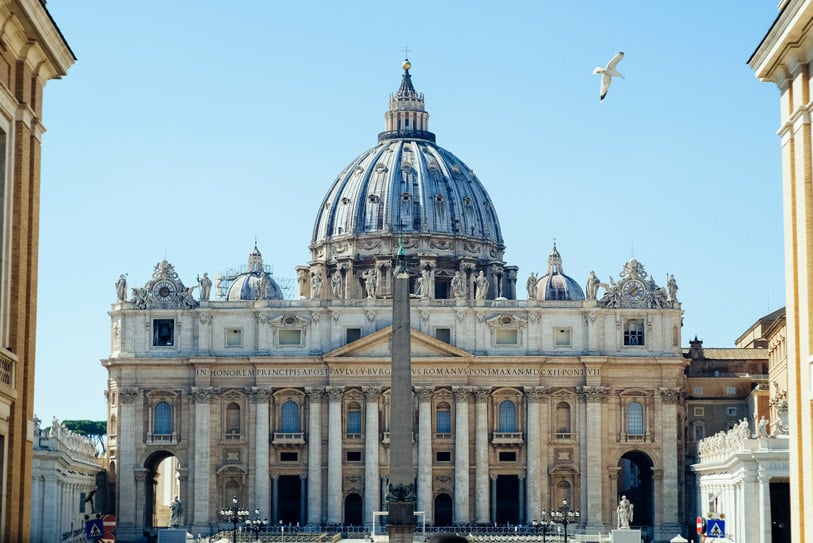 If you’re keen on getting away from the crowds, do as the Romans do: Pack a picnic and make for Rome’s famous Parco degli Acquedotti (the Aqueducts Park of Ancient Rome), just 8km (5 miles) shy of the city center. The ancient ruins provide a marvelous backdrop for the sunset and are a perfect spot for a picnic.

Venture over to Vatican City and climb the stairs up Saint Peter’s dome to take in a phenomenal view of the sunset in Rome, while visiting the famous structure designed by Michelangelo.

Make a day of it and explore the Vatican museums and the basilica in the morning or early afternoon, then complete your visit to the Vatican in one of the city’s best sunset spots overlooking Saint Peter’s Piazza.

For an in-depth exploration of the premises, you can even book an after-hours tour of the Sistine Chapel and Vatican museums, complete with skip-the-line VIP access to Michelangelo’s masterpiece. 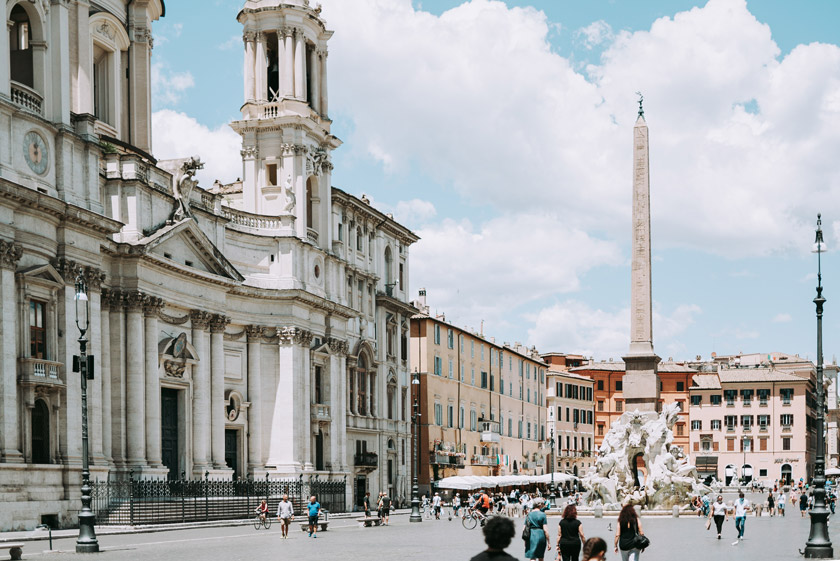 Originally commissioned by Emperor Hadrian as a mausoleum, Castel Sant’Angelo was subsequently used as a city fortress and a private residence for popes.

Today it offers some of the most beautiful sunsets in Rome, with expansive views of the river Tiber and Bernini’s Bridge of Angels, as well as the many domes and spires dotting the city skyline.

Another lovely place to take in a romantic sunset in Rome is Piazza Navona, in the historic city center. The area’s baroque architecture quite literally shines at golden hour, and it’s a fantastic place to people-watch from a café as evening gives way to night and you slowly start considering your dinner options.