Skip to content
Alcatraz Blog / From The Lens Of Our Crewmates

From The Lens Of Our Crewmates

Alcatraz Blog » From The Lens Of Our Crewmates 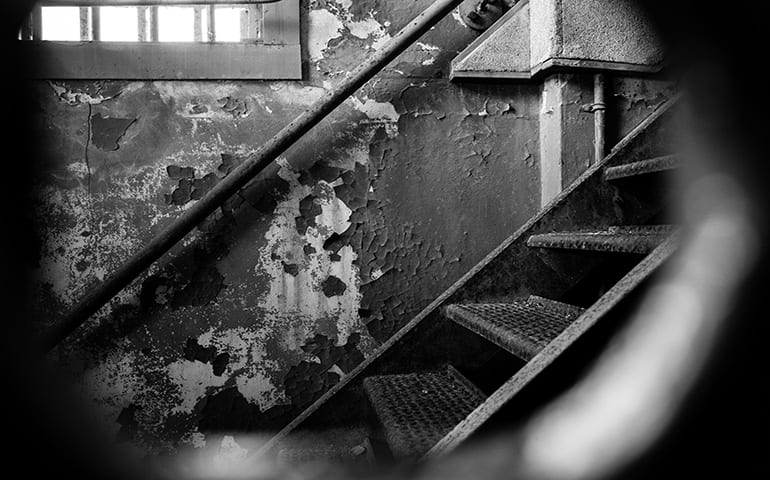 There’s no question that Alcatraz Island is a photographer’s dream. Boasting a robust history, unique wildlife, exceptional views, architectural gems and an intriguing human element, the Island has appeal to passionate photographers and novices alike.
Here at Alcatraz Cruises, we enjoy viewing the many images that are contributed through social channels and by professional photographers. Some of our most popular images, however, come from our partners and crewmates. As a result, we wanted to share their stories and secrets for generating the best Alcatraz Island portfolio.
Come aboard and meet some of the crew ~
Stephen Covey
His role at Alcatraz started in 2008 as a volunteer for the National Park Service (NPS). As a natural resource interpreter for the NPS Biologist, Stephen was conducting interpretive programs on the waterbirds of the Island. Since then he’s evolved his relationship with Alcatraz by doing his own one-hour walks that focus on the nesting seabirds, the biology of the Bay and the way both the birds as well as Alcatraz have important roles in the biology and health of the region’s marine habitat. Additionally, in 2016 he became a member of the Golden Gate National Park Conservancy as a Night Tour Historical Interpreter and as the Island’s EMT (Medical first responder).
Stephen’s favorite time to photograph is “all the time on the island,” he says. He continues, “Although the raw isolation of the island at night, morning, during storms and sunrises and sunsets make for beautiful, and quite often, unflawed photographic opportunities, I also love the human aspect of the island, incorporating people and their energy into photos for context, scale and a realistic connection to the resource we are interpreting.”
His passion for photography came from his father and grandfather who always had a darkroom. Stephen comments, “I was always around film, cameras, developing rooms and the smell of photographic fixer since I was a toddler.”
Stephen concludes, “I also have developed and maintained a private Instagram page for special guests who I encounter on Alcatraz to highlight hidden aspects of the Island they may have not experienced while there.”


Bill Baker
While Bill Baker is best known as a former Alcatraz inmate, he doesn’t qualify himself as a photographer, but he is possibly the most popular subject of photos on the Island. You can often find Bill in the Island’s gift shop interacting with visitors and selling/signing his book Alcatraz #1259.


Ian Craig
As a volunteer for the National Park Service, Ian is in charge of interpretation and special programs on Alcatraz. His preference is to photograph wildlife in the morning hours. His passion for photography is for artistic expression and sharing experiences.

Marc Stokes
Marc is a Tram Driver in the Guest Services Department of Alcatraz Cruises. His favorite time to photograph is at sunset during the Night Tour…especially in October as the sun sets perfectly in the middle of the Golden Gate Bridge.
His passion for photography comes from his grandfather, who was a photographer. He remembers, “He always wanted to share something with me when we went to the airshows back in the 80’s.”
Photography page: flickr.com/marcstokes79