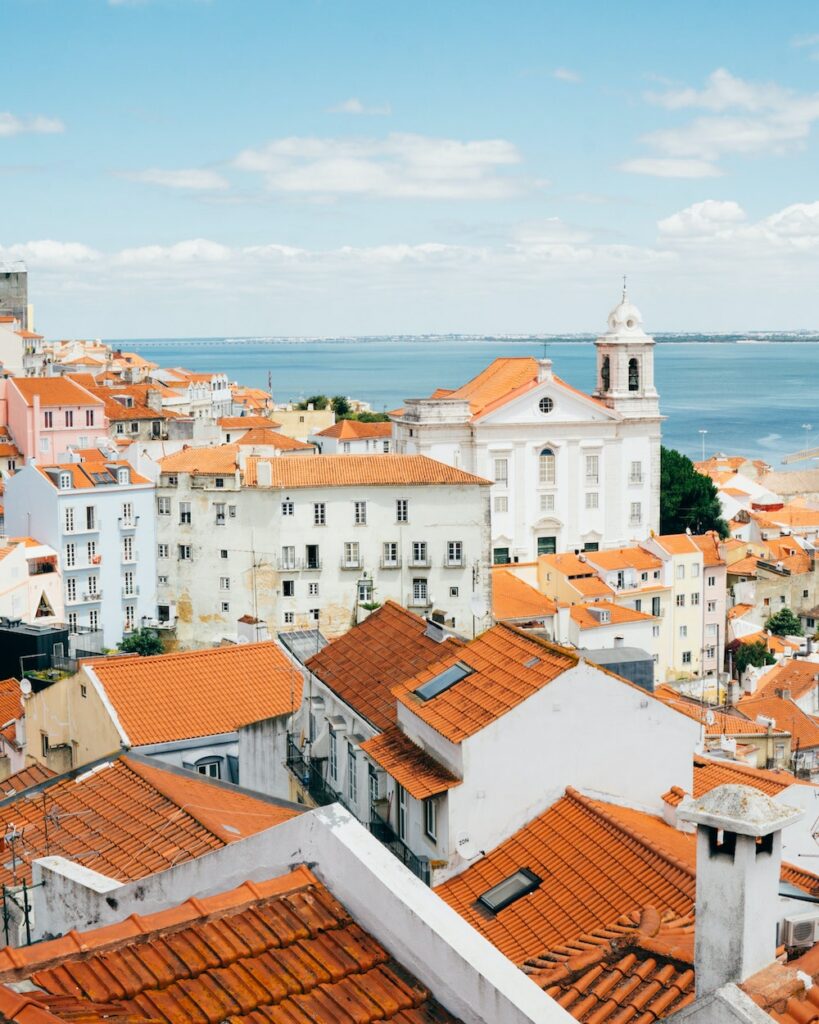 Lisbon is known as the capital of Portugal, but it’s so much more. The hospitable European city boasts a great history and stories and offers visitors weather where it’s sunny 290 days out of each year.

“Discover Lisbon, a city full of authenticity where old customs and ancient history intermix with cultural entertainment and hi-tech innovation.” It’s where the locals are so welcoming and can’t wait to meet you. And, it’s also known as a safe city so you can stroll around freely. 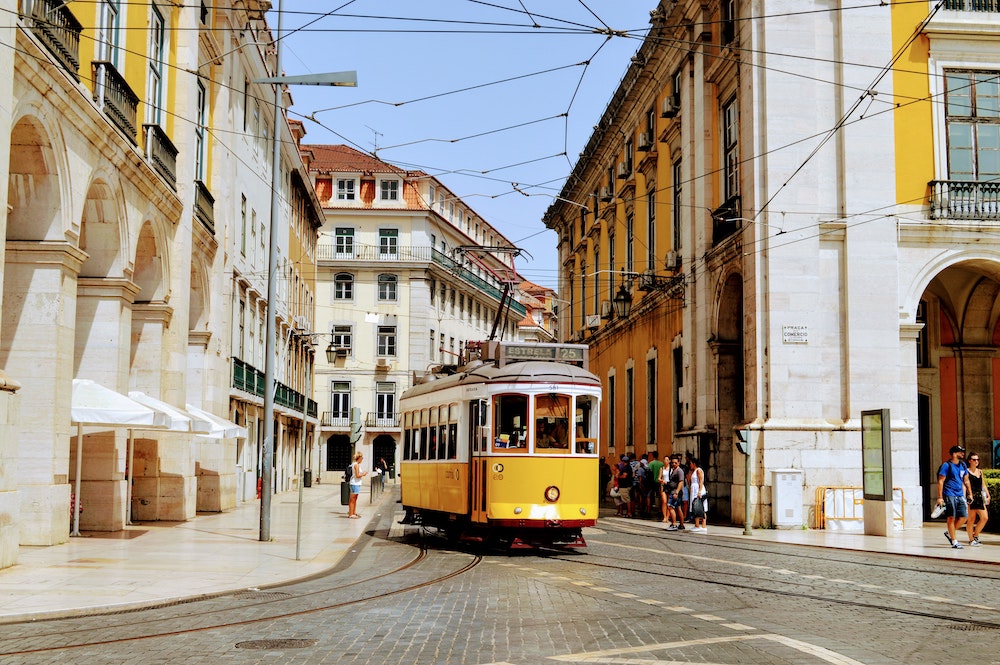 A Little Bit of Lisbon History

As one of western Europe’s oldest cities, the Celts settled the area and afterward it was founded by the Phoenicians who created Ulissipo, a settlement. Then the Greeks and Carthaginians conquered that. Soon the Romans would occupy the city until the Empire fell. Then later still, the Islamic Moors invaded the city. It was at the end of the 14th century when “the merchant oligarchy enthroned the House of Aviz (the second dynasty of kings in Portugal) and under their reign, the city began to flourish.”

During the Renaissance, Lisbon’s port became one of the most important in the world. The city had great wealth and many citizens from Genoa, Flanders, and Mallorca flocked there. Lisbon saw many changes over the years and centuries, including an earthquake in 1755 and an invasion by Napoleon in 1807. It was then recaptured by the British. “In 1833 the constitutional monarchy was reinstated. It endured until the Republic was declared in 1910.”

Lisbon still saw changes in the 20th century including becoming a refuge for exiles during World War II. “In 1986, Portugal became a member of the European Union and twelve years later, in 1998, Lisbon hosted the World Expo, which altered this beautiful city’s urban landscape.”

Lisbon Today and All the City Has to Offer

Today, the city is so colorful and has so much to offer so why not take advantage of it all … and go shopping for bargains. Head over to Feira da Ladra. This flea market that started in the 13th century moved around to other spots in the city until settling where it is today. Today you will find some great deals and some antiques, handicrafts, as well as bric-a-brac. There is something for everyone! The market is open every Tuesday and Saturday in Campo de Santa Clara.

Why not check out Casa Independente? This eclectic place is really a decaying mansion that has been everything from a place that housed clubs to what it is now. “The large front ‘Tiger Room’ hosts gigs and DJ sets, there are various small rooms that are good for a chat or a spot of work on your tablet, and the café and back patio are great places to relax.” The place opened in 2012 and serves teas, juices cocktails, and some finger foods.

Visit St. George’s Castle in the Heart of Lisbon

If you love castles, you’ll enjoy St. George’s Castle, or Castelo de São Jorge. You’ll find the castle on top of Lisbon’s highest hill in Alfama. Here you’ll enjoy a mix of the city’s history as well as spectacular views of Lisbon.

“The castle served as a fortification for the Romans, Visigoths and the Moors, who turned it into a royal palace before it was eventually taken by Portugal’s first king, Afonso Henriques.” Many of the castle’s relics are still intact, including canons, underground chambers, and 18 towers. 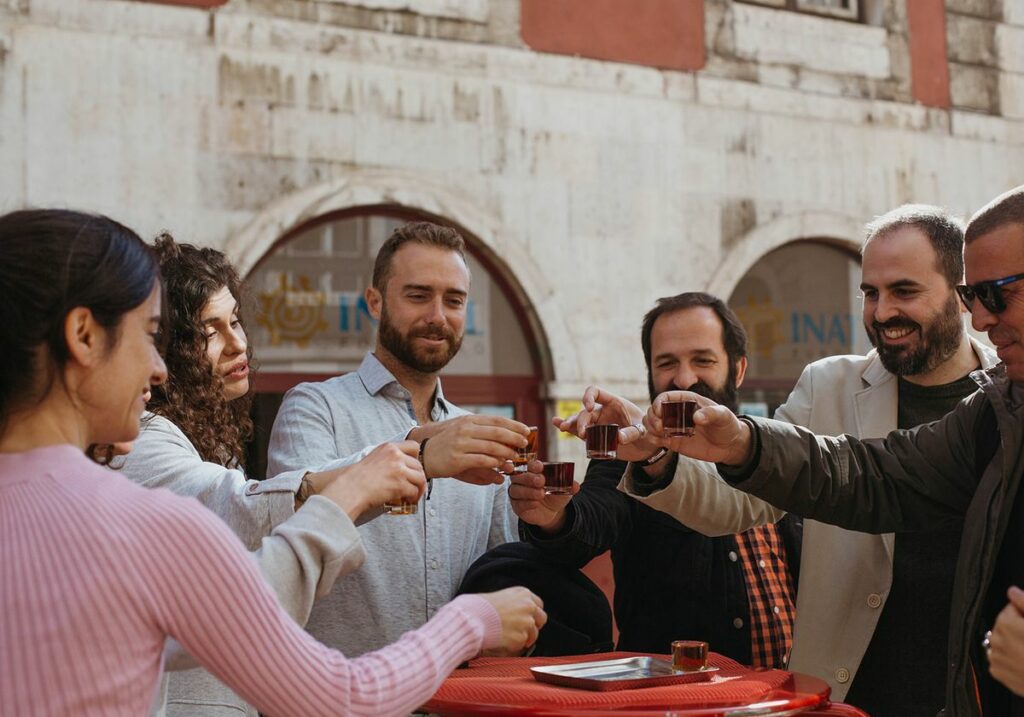 Enjoy Lisbon and the Traditions of Its Great Food

A great way to enjoy any city is through its food, and Lisbon is no different. Take the Tastes & Traditions of Lisbon Food Tour to find out all about the city through the locals’ eyes and what they love to eat in their city and where. You’ll experience a complete Portuguese food experience like no other.

You’ll start the Lisbon food tour along with your guide in an iconic pastry shop that has been in business almost 200 years! Here you’ll learn how coffee is prepared in Portugal, perfect to go along with those pastries.

Next up, you’ll visit a traditional-style Lisbon grocery store and learn about a favorite staple: bacalhau (salt cod) while you can also have a taste of Iberian ham.

Then it’s off to one of Lisbon’s main churches where you’ll see a little of the city’s dark past. Soon you’ll get to taste Lisbon’s famous cherry liquor at a 180-year-old family-run shop.

You’ll continue on and stop at a central square and learn more about the city including the 18th century earthquake as well as more history and how it shaped the city of Lisbon.

The tour continues through hip, trendy neighborhoods while you visit establishments and continue to taste your way through the city. You’ll end the tour by sampling pastel de nata, a custard tart that will make your mouth water. 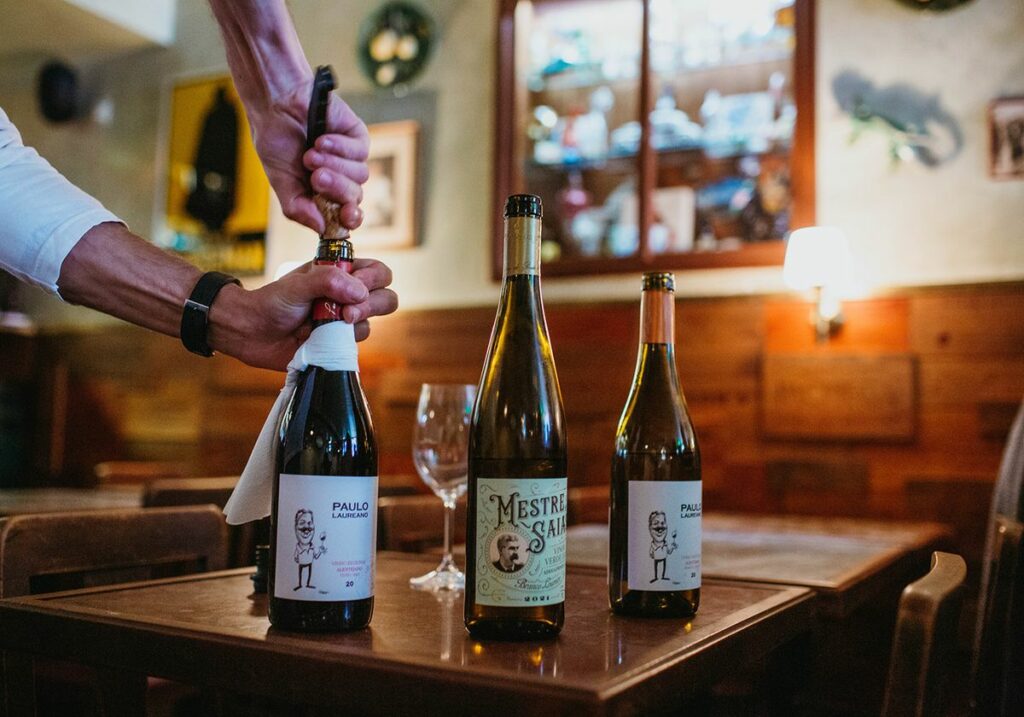 Get to Know Lisbon Through Its Snacks and Wine

You’ll enjoy Lisbon another way when you indulge in the Lisbon Bairro Alto Petiscos & Wine Tour. Start this fun, three-hour tour in beautiful Príncipe Real where you’ll stop at a local restaurant and learn all about petiscos and start tasting them as well.

As you wander through the neighborhood you’ll not only catch great views but learn about how Lisbon became what it is today.

Then you’re off to eclectic Bairro Alto neighborhood, a wonderful historic and vibrant corner of Lisbon. True, local hangouts are on the itinerary while you again taste local favorite bacalhau. You’ll also visit local tascas (taverns) that are family-run where you’ll enjoy a taste of authentic Lisbon, taste the food, and meet the locals. Finish the night with the unique Portuguese after-dinner drink amarguinha along with a local pastry. It’s the perfect way to end the day.

Lisbon is a home away from home, offering the warmth of a small town but in a bigger city that is steeped in history. You’ll enjoy the food, the drinks, and all the history you can take in. Everything you want on your trip is right here in this vibrant city.