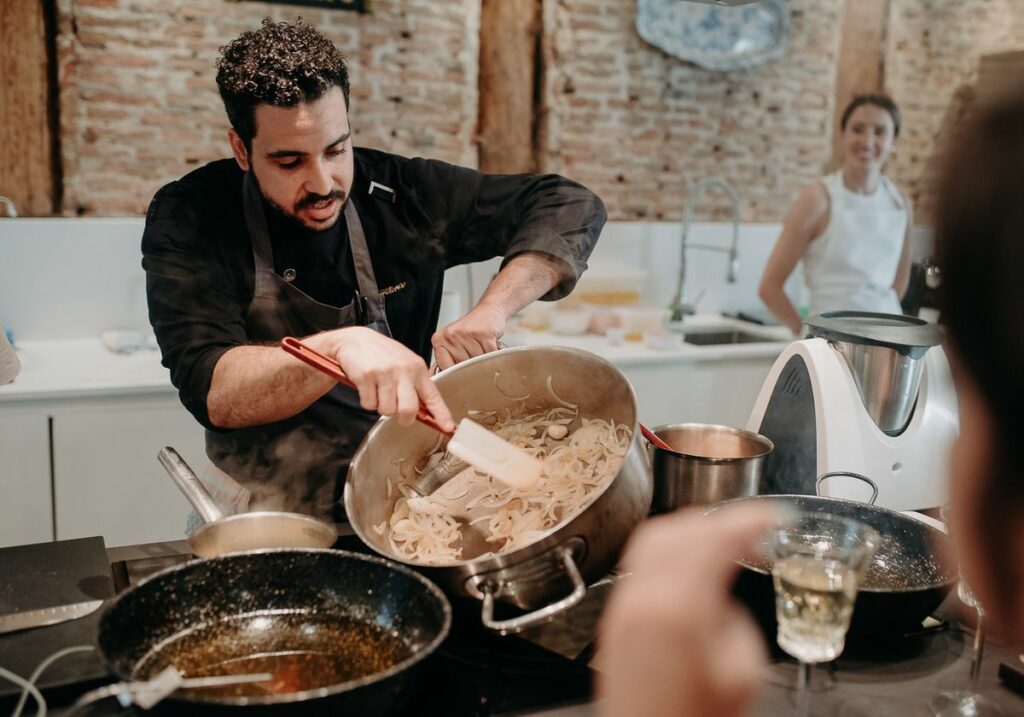 Travelers the world over visit Spain for a variety of reasons. It could be the scenery, the culture, or the delectable food, but most likely it’s all of that and more. All of these reasons come together to make Spain a hot destination.

Visitors may want to start in the country’s capital of Madrid, which “is one of the more understated and underrated capitals of Europe, although it’s actually the third-largest city in the European Union.”

Spain has so much to offer including close to 300 days of sunshine during the year. From a vast history to modern shopping districts, Madrid is a city that has it all, including an eclectic cuisine featuring many different foods.

Much More than Tapas and Paella

While Tapas and Paella are big in Spain, it’s not all that this vibrant country has to offer in terms of food. In fact, the food in Spain is “a combination of several different cultural legacies.” Spain has a history that includes it being “formed from the union of several regions with their own languages, traditions, and cuisines.”

Spain’s food comes from a variety of groups over the centuries, groups that occupied the Iberian Peninsula. “From the Romans to the Visigoths to the Moors, each of these groups left its mark on Spanish food. The coexistence of Christian, Jewish, and Muslim cultures has also had a strong influence throughout Spanish history, including in the kitchen.” 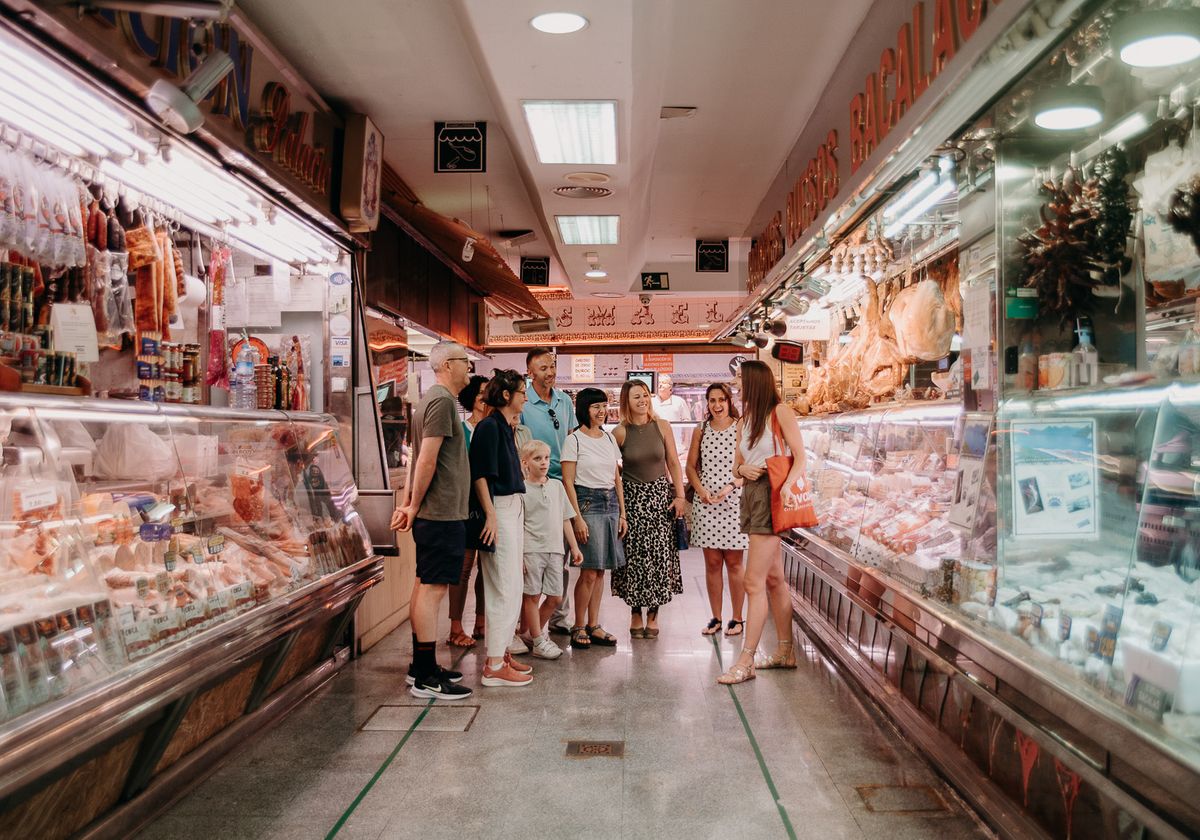 Take a Spanish Cooking Class in the Great City of Madrid

And while your mouth is watering over tasty Spanish cuisine, why not dive in with a cooking class. Take Devour Tours Spanish Cooking Class in Madrid with Market Visit. In this exciting class, you’ll get to taste your way all over Spain, and you won’t even have to leave Madrid. The class will include making four classic Spanish dishes that you will prepare from scratch.

The four-hour experience starts at 10 a.m. where you’ll meet your tour guide in Huertas, a neighborhood in the center of Madrid. You’ll learn about the area and what to expect during the tour. Then you’ll head over around the corner to a historical municipal market where the locals buy their fresh ingredients. You’ll visit a few of the favorite stalls on the tour and learn about each product and how it plays in Spanish cuisine. Before heading out, those on the tour will try a classic aperitif—vermouth—together with some Spanish olives and cheese.

Now it’s time to get a hands-on taste of cooking Spanish food right where you are in Madrid. It doesn’t get any more authentic. You’ll head over to one of Madrid’s best-loved contemporary restaurants while you then step behind the scenes into a cooking space that is upscale and modern, waiting for your magic touch.

You’ll soon meet your professional chef instructor, currently the sous chef of Devour’s partner restaurant “who studied at the prestigious Basque Culinary Institute after working under a Michelin-starred chef in Brooklyn.” 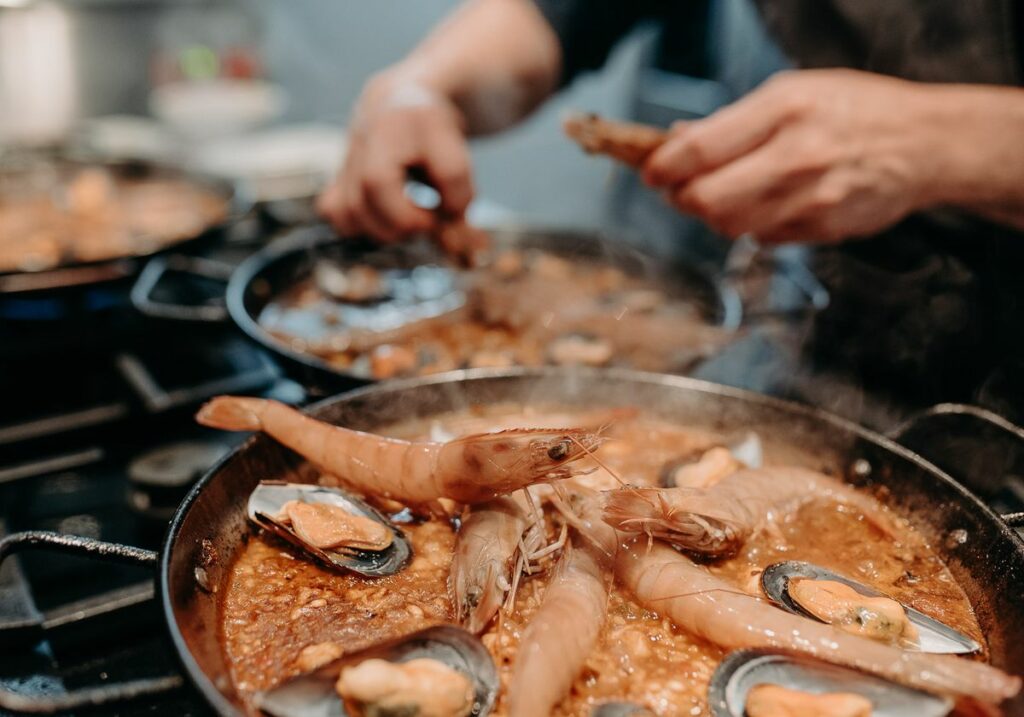 The Aroma that Makes Spanish Cuisine

“Over the next few hours, you’ll see, smell, and savor many of the different ingredients that are staples in Spanish cuisine as well as debunking some commonly held Spanish food myths with insight from your Devour guide.”

The chef will show you how to prepare and serve three tapas:

You’ll also prepare seafood paella, a delicious and ever-present dish that is popular in Spain. Then you’ll create sweet buñuelos for dessert.

After you’ve created this feast, it will be time to sit down with those on the tour, relax, and dip into the meal that you’ve been waiting to savor.

Then the best part comes when it’s time to eat. “Enjoy your homemade multi-course lunch with your choice of beer or wine and feel proud of yourself for creating this beautiful meal that honors the best of Spanish cuisine.”

Maybe you never dreamed of a trip to Spain or creating famous Spanish dishes in the heart of Madrid, especially alongside a true chef. But this is the perfect opportunity to travel to a fabulous city and do something different in a place that beckons you to see all it has to offer, including taking part in the cuisine. Not only will you create the dishes, you’ll get to taste them alongside others on this very special excursion.