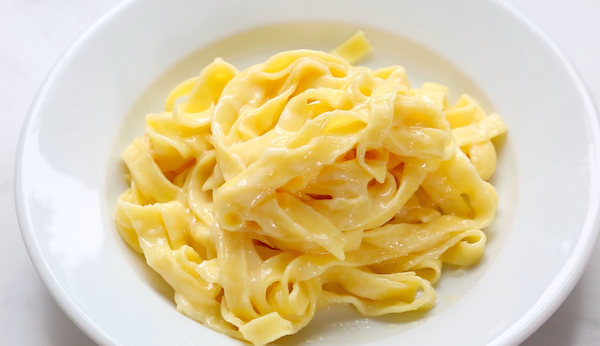 Pasta is the gorgeous yellow ribbon that binds Italian cuisine together, and no trip to Rome would be complete without it.

Every region of Italy has at least one traditional pasta dish to its name. And with a range of more than 300 pasta shapes out there, you could eat a different one every day if you’d like. (In fact, some Italians do just that!)

In general, most Italians eat pasta for lunch instead of in the evenings at home, though if they’re going out or celebrating something special, pasta will certainly be featured on the dinner menu then.

Because Italy’s varied pasta dishes are regional, you won’t usually find them all in one place. Rome is known for four traditional pastas, all of which are usually served with tonarelli, bucatini, rigatoni or spaghetti. But due to migration to the city from other parts of Italy, it’s now relatively easy to find a wider variety of pastas here in Rome.

Of course, we’ll tell you where to find those quintessential Roman pasta dishes, but we’ll also go into the non-Roman dishes and where to find them, too. These are our top 10 recommendations for the best pasta in Rome.

The ultimate guide to the best pasta in Rome

This is one of the oldest dishes in Roman cuisine, and also one of the simplest.

To make gricia, crispy, pan-fried guanciale (cured pork cheek), gets tossed in with the pasta along with grated pecorino romano cheese. The simply delicious result is a creamy, salty sauce that packs a punch.

Where to get it: Try Impiccetta in Trastevere for the full-on traditional experience.

Although named for the town of Amatrice in Lazio from where the Romans imported their guanciale, this dish is as Roman as the Colosseum.

Amatriciana takes pasta alla gricia to the next level by adding a rich tomato sauce to the pecorino Romano cheese and guanciale.

Where to get it: The cozy Ostera degli Amici is one of our favorite Amatriciana stops in Rome.

This dish literally translates to pasta with cheese and black pepper. True to its name, this simple dish consists of pasta, pecorino Romano and plenty of black pepper to cut the richness of the cheese.

Where to get it: Felice, a longtime Roman institution, prepares this dish right in front of you.

READ MORE: The Top 5 Spots for Cacio e Pepe in Rome You Need to Try ASAP

The “plus one” of the holy trinity of Roman pasta dishes, this is the relatively new kid on the block. Said to have its roots as a hearty lunch for charcoal workers, carbonara pasta actually only first appeared in the 1950s.

It’s made from guanciale, pecorino Romano and eggs, all of which combine into a silky sauce. If you can’t make it to Rome just yet, try it at home with our traditional carbonara recipe!

Where to get it: L’Arcangelo’s carbonara is now almost as legendary as the dish itself.

This Sicilian pasta dish was created to celebrate the premiere of the opera “Norma” by Vincenzo Bellini. Nowadays, it’s slipped away from the slopes of Mount Etna to cast the rest of Italy under its spell.

The sauce consists of tomatoes, basil, and fried eggplant. Its flavor profile is as elegant as Maria Callas singing Casta Diva, Norma’s most famous aria.

Where to get it: Pasta alla Norma is best at a restaurant specializing in Sicilian cuisine. We’re big fans of Trattoria Melo.

These fancy ravioli are stuffed with potato, Sardinian pecorino, mint and onion. And lucky for you, if you know where to look, you can find them in Rome.

Where to get it: Perdingianu & Croccoriga is a Sardinian restaurant where culurgiones are always on the menu.

Due to the efforts of one entrepreneurial Roman in the 1920s, fettuccine Alfredo is the most famous “Italian” dish that most Italians have never heard of.

Alfredo di Lello served his newly created dish to silent movie stars Douglas Fairbanks and Mary Pickford. The rest was history once the two stars went home and told everyone about it. It consists of egg pasta tossed in butter and Parmesan cheese (and no cream!), which create the rich sauce.

Where to get it: Alfredo alla Scrofa is Alfredo’s original restaurant, which still serves the star dish that made it famous. While incredibly touristy, it’s the real deal when it comes to fettuccine Alfredo.

If you see “spaghetti Bolognese” on a restaurant menu, run the other way.

“Bolognese” is tourist speak for tagliatelle al ragù, the real Italian dish that gave rise to the foreign hybrid. Though it is originally from Bologna, that’s just not what we call it here in Italy.

For the real deal, find an Emilian restaurant for a proper ragù: an umami explosion in a pasta bowl.

Where to get it: Colline Emiliane, run by the Latini family, has been serving traditional Bolognese food in Rome since 1931.

This is the other dish from Bologna you need to try, especially in the winter when you’re looking to take the edge off the Roman cold. Tortellini in brodo consists of pasta stuffed with meat and served in a chicken broth. For Italians, it’s the taste of Christmas.

Where to get it: Searching for a good tortellini in brodo is the perfect excuse to go back to Colline Emiliane. It’s so good we’ve included it twice!

Made famous by Andrea Camilleri’s “Montalbano” novels, pasta ‘ncaciata is a cheesy pasta bake with tomatoes, eggplants and basil. It hails from Sicily, but the good news is you don’t need to leave Rome to try it.

Where to find it: Un Angolo di Sicilia has brought Inspector Montalbano’s favorite to Rome.