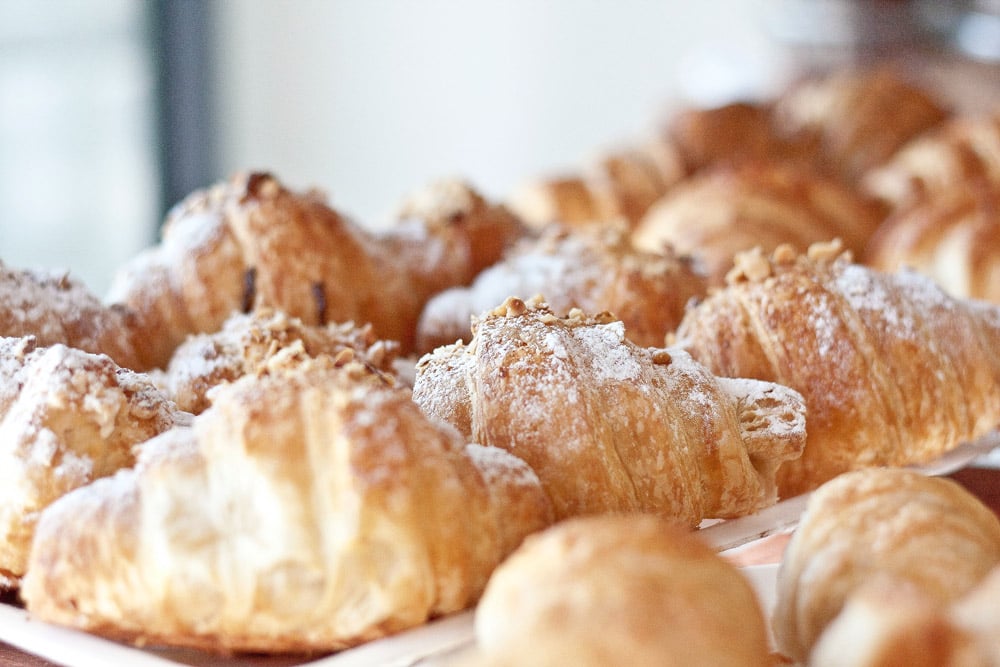 The first thing that probably comes to mind when you see a croissant is France. The iconic French pastry is as ubiquitous as that other national birthright, the baguette, and can be found in just about every French bakery.

Although Gallic innovation arguably perfected the croissant, the French weren’t actually the first to savor the crescent-shaped pastry so closely associated with them. Read on as we delve into the intriguing history of the croissant. 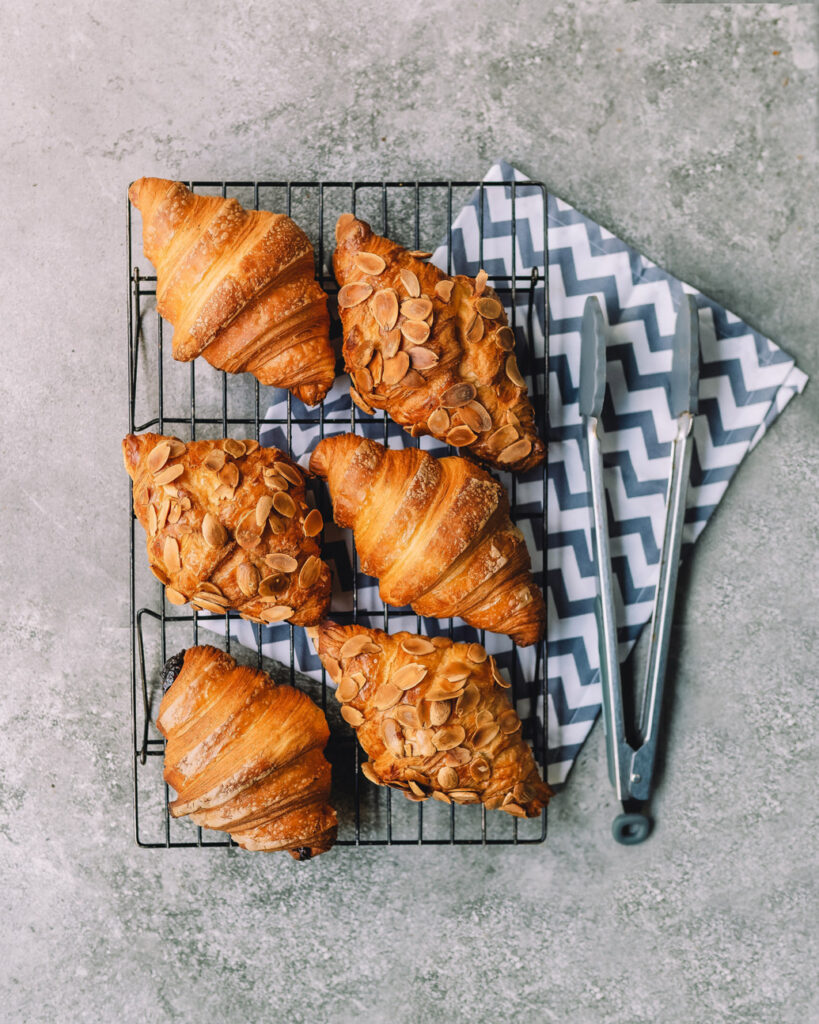 Where can you find the best croissants in Paris?

First things first: which  bakeries have Paris’ best croissants au beurre? Admittedly, this is a highly debatable topic. The French capital holds high-profile annual contests to determine the best croissant in Paris, but sometimes the best offerings can be found at the most nondescript cafés, where you’ll stand at the counter to scarf down a bite.

If you don’t want to take your chances (and believe us, you don’t—in a city with so many bakeries, it can be tough to stumble upon the best spots to get the best bites), start with the croissants at Laurent Duchêne, La Pâtisserie Cyril Lignac, Gontran Cherrier, or Sain Boulangerie.

If you find yourself struggling to decide, why not join our Paris Ultimate Food Tour? We’ll take you to the best bakeries and eateries in the Marais, one of Paris’s most coveted corners for foodies.

Where was the croissant invented?

As with many classic foods, the exact origin of the dainty croissant is up for some debate. Although it’s most commonly associated with French culture, a number of reputable historians of cuisine trace the croissant’s roots to Austria and other places in Eastern Europe, thanks to a pastry called a kipferl.

Made with yeast and rolled into a crescent shape, the kipferl has been in circulation since around the 13th century. Unlike the modern-day croissant, which features paper-thin layers of yeasted puff-pastry dough and an unholy amount of pure butter, the kipferl is much denser and sweeter, prepared using wheat flour, milk, butter, sugar, and a dash of salt.

Who invented the croissant? 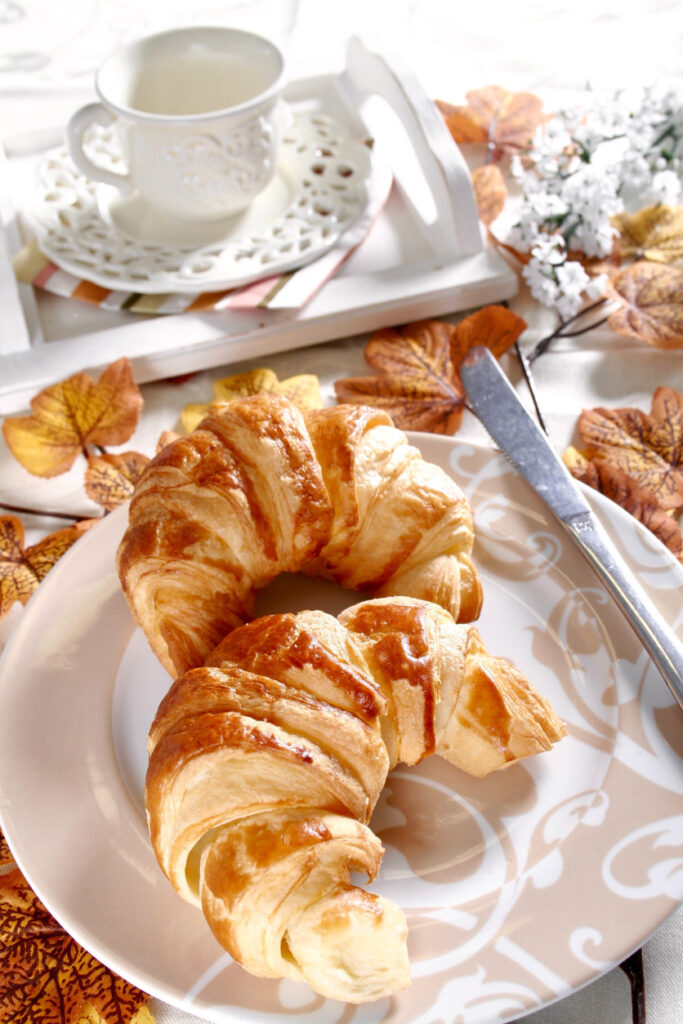 Although its roots are hotly contested, the croissant au beurre has come a long way from its humble beginnings in Eastern Europe. Around the start of the 20th century, French bakers began to use alternating layers of puffed pastry (pâte feuilletée) and yeast in the production of the now-classic croissant recipe, enjoyed in nearly every corner of the world today.

Does the shape of the croissant have any symbolism?

Legend has it that the croissant’s crescent form comes courtesy of a cluster of Viennese bakers, who started making a particular local pastry in a half-moon shape sometime in the mid-1800s to commemorate a sneaky attempted siege on the Austrian metropolis by the Ottomans.

The story goes that a bevy of bakers working in the city’s cellars took notice of the Ottoman troops tunneling under Vienna’s streets to bypass its protective walls. They alerted the authorities, who in turn gave the Ottomans the boot, thus averting a potentially catastrophic invasion.

Soon after, Viennese bakers banded together to pay homage to the brave folks who helped save their city by baking hörnchen (German for “tiny horns”), pastries similar to kipferl in crescent form. Found on the Turkish flag to this very day, the crescent moon was a symbol of the Ottoman Empire—one that Austrian citizens could now metaphorically devour whenever they chose.

According to a counter theory, however, the crescent shape was found in Viennese baking communities for several centuries prior to the Ottomans’ attack.

How did hörnchen come to France?

How hörnchen landed in France is also an open question. You might guess their arrival coincided with another Austrian export: the French queen Marie Antoinette, a royal practically synonymous with pastries. (Let them eat cake!)

But food historians contest this account too, noting that the croissant didn’t really enter into wide circulation in France until well into the 19th century. A more accurate account, they claim, traces the origin of the croissant to a Viennese bakery in Paris, opened in 1837 and run by Ernest Schwartzer and August Zand—both of whom hailed from Austria.