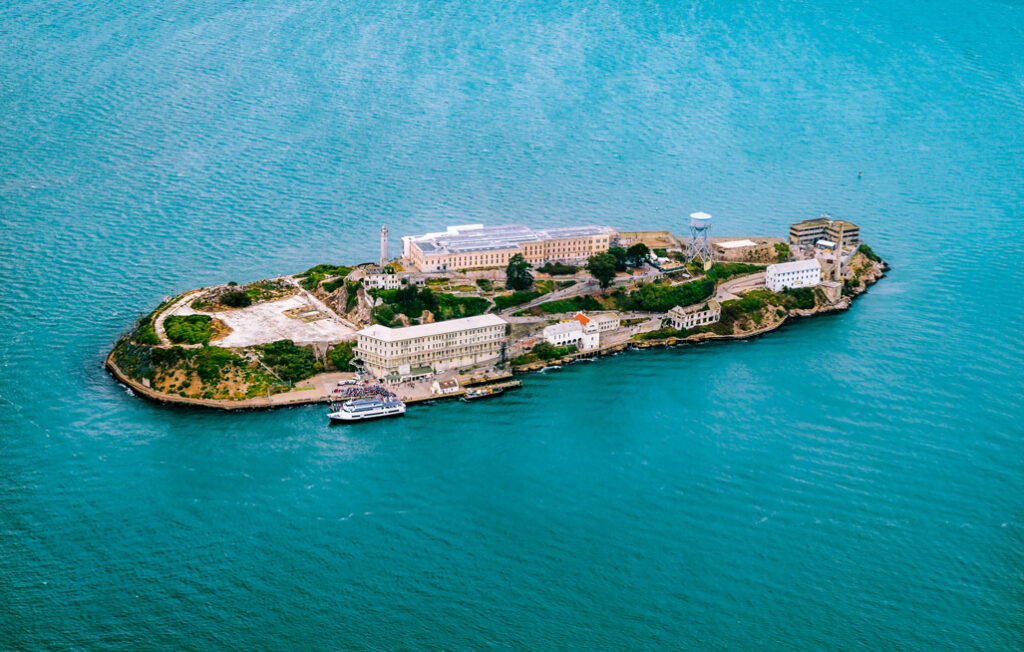 Developed in the mid-1800s as a military base equipped with the West Coast’s first lighthouse, Alcatraz Island was eventually converted into the now-infamous Alcatraz Federal Penitentiary in 1934.

After the notorious federal prison shuttered in 1963, between the end of 1969 and mid-1971, Alcatraz Island became an important site of organization and protest for Native American activists, and today it’s one of the highlights of a visit to the San Francisco Bay area.

One of the best ways to get a grasp on this storied site is to join a tour with Alcatraz City Cruises. Our popular Alcatraz Behind The Scenes tour and Alcatraz Night and Day Tours offer the perfect opportunity to learn about this infamous site—and see the Golden Gate Bridge. from the water to boot.

Read on for some interesting tidbits and fun facts about Alcatraz Island. 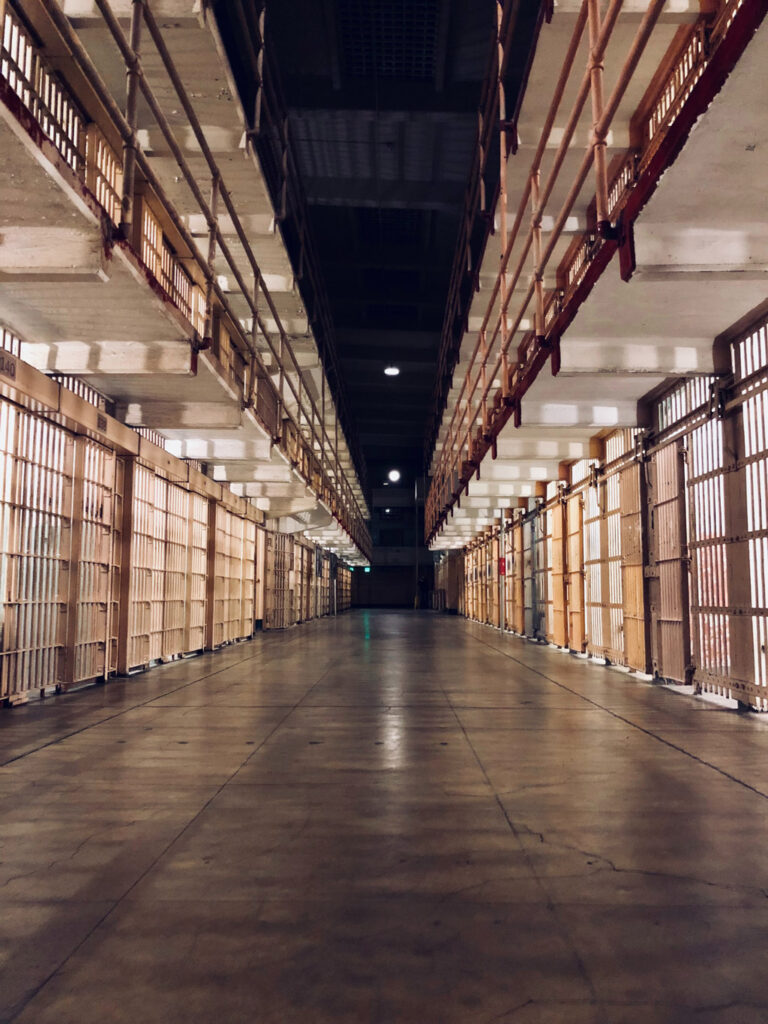 Alcatraz Island juts dramatically out of the water in stunning San Francisco Bay, about 1.25 miles off of the northern shore of San Francisco, on the West Coast of the United States. Where did Alcatraz get its name?

Long before it became associated with the worst criminals in America—and later, a brief site of hope and empowerment for Native Americans—Alcatraz Island was home to massive colonies of brown pelicans. The birds inspired the name Isla de los Alcatraces (Island of the Pelicans), recorded by Spanish explorer Juan Manuel de Ayala back in 1775.

What was Alcatraz’s original purpose?

At the end of the Mexican-American War in 1848, after California officially became the property of the United States, Alcatraz Island was deployed as a US military outpost to keep an eye on activity through the San Francisco Bay during the Gold Rush.

Later, the island would be used as a bulwark against Confederate attempts to seize power of San Francisco during the US Civil War.

What is Alcatraz Island famous for?

Most people have heard of Alcatraz Federal Penitentiary and likely know its reputation as one of the toughest federal prisons to escape from while it was in operation. Others will know Alcatraz Island as an important site of organization and protest for Native American activists in the late 1960s and early ’70s.

What was the Alcatraz federal prison best known for? 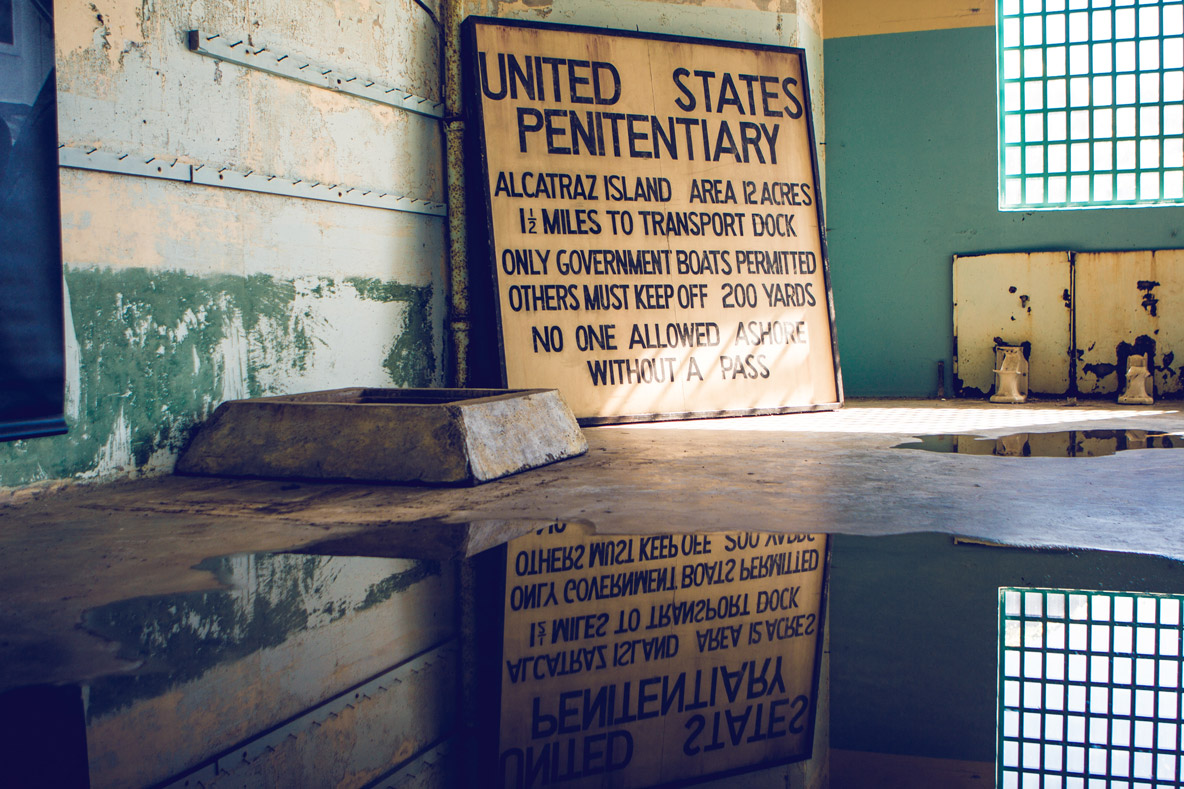 The now-abandoned Alcatraz Federal Penitentiary was one of the roughest federal prisons in the United States, and some of America’s most notorious criminals were sent there. An anonymous prison adage summed it up quite neatly: “Break the rules and you go to prison, break the prison rules and you go to Alcatraz.”

The most famous inmate was almost certainly “Scarface” Al Capone, the notorious Chicago gangster who was transferred to Alcatraz Federal Penitentiary in 1934. Among the more amusing anecdotes associated with his imprisonment? He played banjo in the Alcatraz prison inmate band—and sometimes in the shower, or so the story goes.

Why is Alcatraz an important site for Native Americans?

After sitting vacant for a number of years, a group of 100-some Native American activists occupied the abandoned prison island in November of 1969 in an attempt to reclaim the land as the Native territory it still, in fact, rightfully is today.

Although the group’s residency eventually ended unsuccessfully due to internal disagreements among activists and others who had gravitated to the island over the course of the occupation, it remains an important and empowering event in the history of the Native American civil rights and Land Back movements.

The National Park Service (NPS) took control of Alcatraz Island in 1972, acquiring the site from the US Army to develop what’s now known as the Golden Gate National Recreation Area. When the NPS recently restored a historic water tower on the island, it also reinstalled the iconic red graffiti that has become one of the most famous visuals of the Native American occupation of Alcatraz. It reads: “Peace and Freedom. Welcome. Home of the Free Indian Land.”