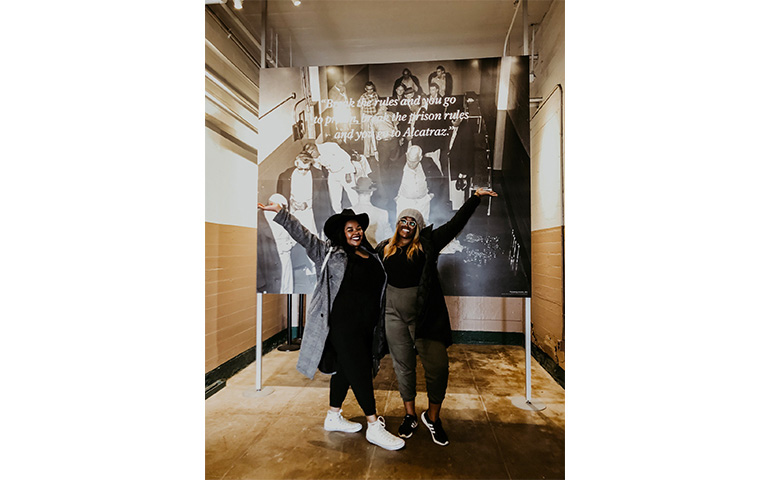 When I pondered on it, I started to ask the questions, “Why do people from all over the world come to this island?” “Why was there a prison on an island in the middle of the San Francisco Bay?” “How would one even take a trip out there?”  With all this in mind, I set out to answer my questions. I reached out to Alcatraz Cruises with the hope that they could help a native answer these questions about her homeland.

I’ve been living in the greater Bay Area for almost 30 years now and driving into San Francisco is always the same: sit in the toll crossing for almost 40 minutes, stare out the window, count the sailboats, and wonder what goes on at the tiny islands that live in the bay. Then once you cross Treasure Island and recover from the beauty of the cityscape, you look to your right and see a tiny little island called Alcatraz. Though, if you’re a native like me, Alcatraz is just an island that’s always been there and is something of a tourist attraction that never really seems to be at the top of any Bay Area bucket list.

So, here’s the story, Alcatraz is located about 1.25 miles from the San Francisco waterfront. Alcatraz Island is famous for being home to a prison. This maximum-security federal prison is often referred to as simply Alcatraz or The Rock and the prison operated from 1934 until it was shut down in 1963.

Alcatraz was designed as a last resort, a place for prisoners who continuously caused trouble at other federal prisons and deemed to have no hope of rehabilitation. For its time, it was considered the toughest prison in the United States.

By the 1950s, Alcatraz became one of the most expensive prisons in the United States to maintain and keep livable due to the exposure to salt spray that would later lead to the deterioration of the buildings. It was estimated that the work needed to repair the building would cost around $5 million and the prison was deemed “a lost cause.”

*Views reflected in this post are not those of Alcatraz Cruises.