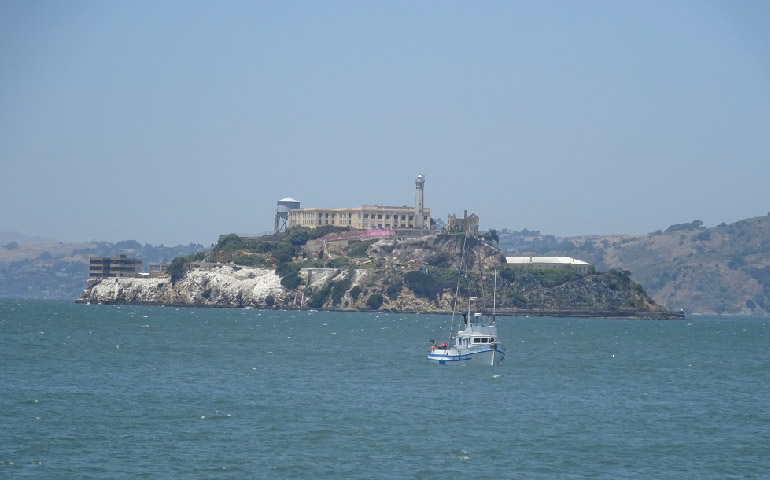 Ever since 1979, and seeing the film Escape From Alcatraz starring Clint Eastwood, I have been enthralled with the mystery of the escape attempt and whether they did or didn’t make it.

That was the beginning of my interest in Alcatraz and its full history, but my biggest interest was the island itself and all the escape attempts. Good and bad.

So, I created a Facebook group page called “Alcatraz: Prison Breaks & True Stories” (https://www.facebook.com/groups/2040847942825920/) in 2018 and since then, the site has made leaps and bounds. Experts who have written books, as well as family members of the 1962 escape, have joined the group with like-minded fans who, like me, find the whole Alcatraz experience just amazing.

It had always been my dream to visit San Francisco and actually set foot on the island to see where the 1962 escape took place. That dream became a reality in June 2018 when I booked a flight from Manchester UK to San Francisco and straight away booked tickets to go on the day and night tours of Alcatraz. I was so excited.

On the actual day of arrival in San Francisco, I couldn’t wait to be on Alcatraz. Going across the bay on the tour boat, I could feel my heart beating. Stepping on to the actual island was just mind blowing. I loved every step of the way especially being at the prison cells where Frank Morris, John and Clarence Anglin had escaped from. I found the cells so tiny. How the escapees worked their way through their cells and the cellhouse was just genius. Also, sitting on the steps in the yard where all the cons and film actors sat was unreal.

You can read more of my adventures, as well as those from other fans and experts, on my Facebook group. I was so thrilled with my time on Alcatraz I had a tattoo done in memory, which includes the date I went as my “prison number.”

Hope to see some of you join my group to tell us your stories and show your pictures. Once you join – there is no escape.