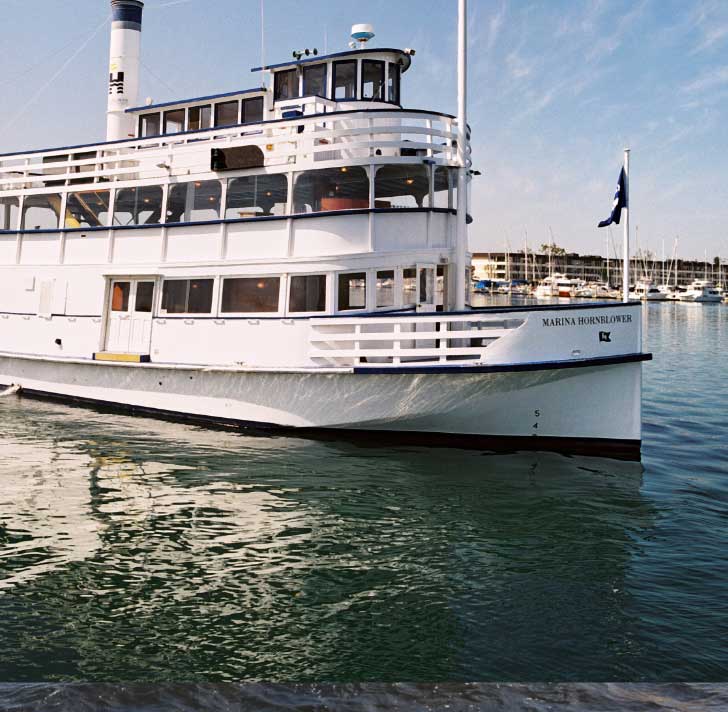 At Hornblower, there are two qualities we admire — passion and determination. These traits are exemplified in our Marina del Rey Event Sales Manager, Hillary Wolford.

It was seeing the word ‘cruises’ in the job ad that piqued Hillary Wolford’s interest in working for Hornblower Cruises & Events. In fact, she was so determined to work for the company that she applied to every open position in the San Francisco office.

Born and raised in Capon Bridge, West Virginia, a town with just one stoplight, Hillary always knew she was destined to live in California — despite having never visited the Golden State.

“I still remember the day Samantha Dickerson from Hornblower called me and said ‘I see you applied to well, everything we have, but I think you’d be great as our Group Sales Manager in San Francisco.’”

Hillary jumped at the opportunity to head west. “My mom taught me from a very young age that if you wanted to have, or do something, you had to work for it. I got my very first job at fourteen working the cash register at a restaurant in my hometown until it was legal for me to work an actual job. For as long as I can remember, I have always had a job.”

So who became her mentors when she first came onboard at Hornblower? “First and foremost is Samantha Dickerson. I cannot thank her enough for taking a chance on the girl from West Virginia. If it wasn’t for her, I may never have made it to California and I attribute a lot of my success to her. From the minute I stepped onto the ferry boat in San Francisco, she took me under her wing and taught me everything I know.”

Hornblower’s GM Jill Benson was also an inspiration. “To be able to work beside someone that started as a stew on one of the boats and has worked her way up to General Manager and is now one of the Vice Presidents of the company is beyond inspiring. She is truly one of the most impressive people I’ve ever met.”

As much as she loved San Francisco, it had long been a dream of Hillary’s to live and work in Los Angeles, so when she heard about an opening for a similar position at Hornblower’s Marina del Rey port, she jumped at the opportunity.

It was Amber Cross, Associate Director of Sales in Greater Los Angeles and Orange County, who helped Hillary make the jump to L.A. “From the minute we met and she became my supervisor, she provided me with more knowledge and guidance than I could ever ask for.”

For Hillary, the hardest part about leaving San Francisco was leaving her work family on the Santa Rosa ferryboat, Hornblower’s corporate HQ docked at Pier 3. Luckily, her new Hornblower family has been just as welcoming at Fisherman’s Village in Marina del Rey. One particular item Hillary brought down to SoCal from NorCal was her beloved rescue Dachshund-Chihuahua mix pup, Luna who has also settled in nicely to the warmer weather.

Hillary is now living her childhood dream in L.A., loving every minute of it and continuing to help promote the Hornblower brand. Even if it means dressing up as the Easter Bunny!