Ruka kwa yaliyomo
Canada / Is It Possible to “Turn Off” Niagara Falls?

Canada » Is It Possible to “Turn Off” Niagara Falls? 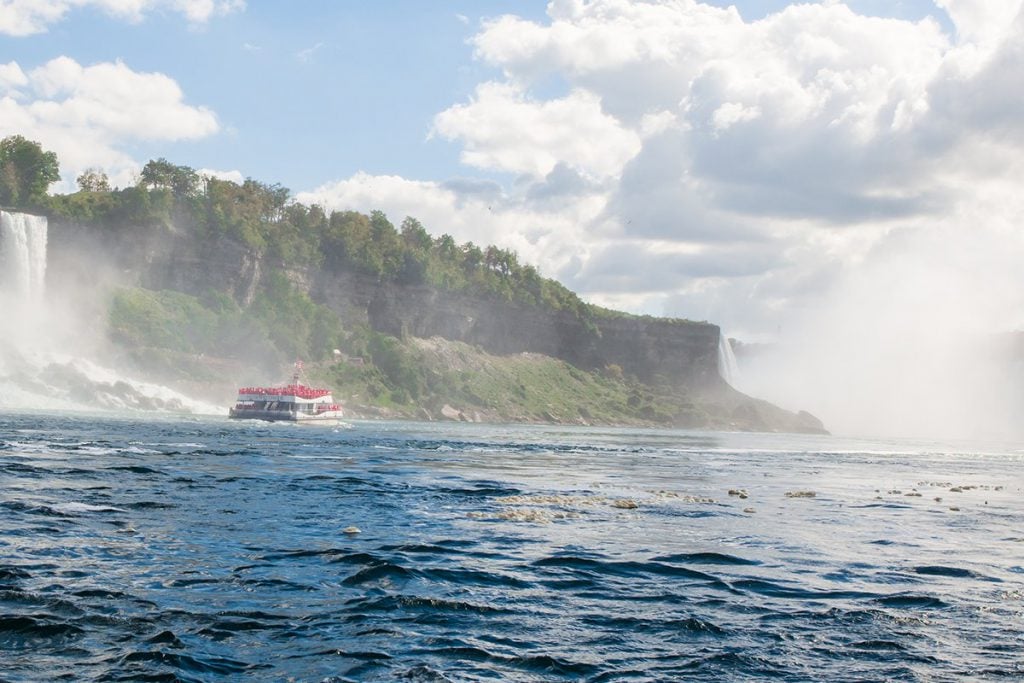 The Day the Niagara River (and Niagara Falls!) Dried Up

Just before midnight on March 29, 1848, a New York farmer taking a late-night walk made a strange observation.

It was quiet. Too quiet.

Such silence was unusual for someone so close to Niagara Falls. The man had grown accustomed to the familiar roar of crashing waterfalls, a sound that was noticeably missing during his moonlit walk.

Curious, he approached the edge of the Niagara River. What he saw would send shockwaves through American and Canadian communities: the once mighty river was almost dry. Further down the river, people would soon discover that Niagara Falls herself had slowed to a trickle.

Niagara Falls had run dry and would remain that way for the next 30 to 40 hours.

What was going on? 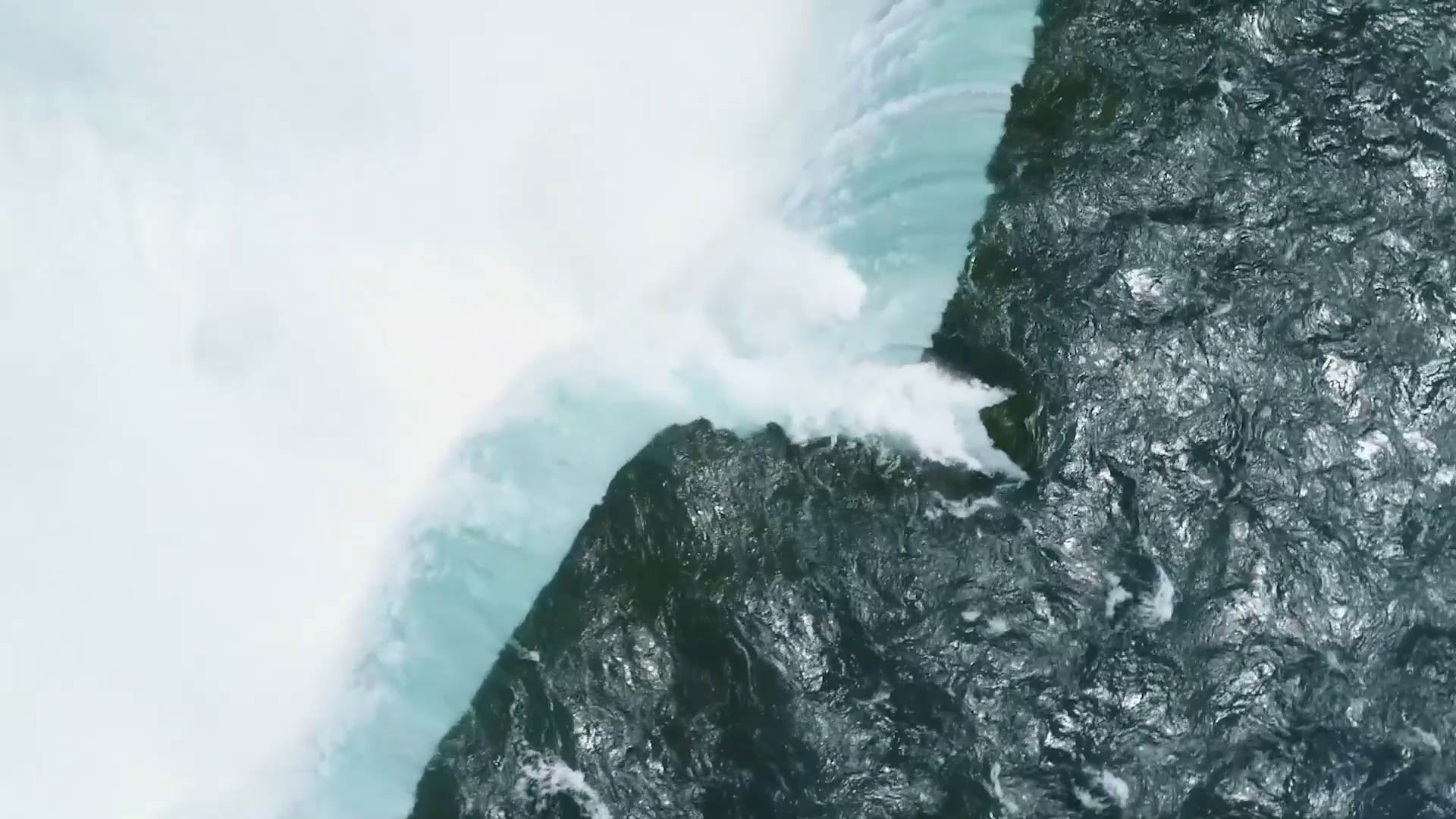 Understandably, people fell into a frenzy at the sight of the dried-up Niagara Falls. Was the world ending? How could this be?

The winter of 1848 had been particularly cold in the Niagara Region. As we’ve discussed before in our Niagara Falls history series, being so close to a large body of water, like Lake Erie, can cause some pretty interesting (and even dangerous) natural phenomena. Why? Because the lake can freeze. Snow and ice can accumulate on the frozen water. Then, all it takes are high winds to send the ice and snow flying in one direction or another.

In this case, a warm spell in March caused the frozen ice from the lake to break into chunks, also known as “ice floes”. High winds on March 28 and 29, 1848, pushed these floes across the lake and towards the Niagara River. When they reached the mouth of the river, the ice started to pile up. This jammed the waterway, forming a dam.

By the early morning of March 29, 1848, that dam had stopped almost all water flow to Niagara Falls. The result? A shallow Niagara River, a barely trickling waterfall, and a confused population.

How did people react to Niagara Falls drying up?

If you lived along the Niagara River but not at Niagara Falls herself, chances are your experience of this phenomenon would be limited to the shallowing of the river. While the sight of the river’s floor disturbed some, others saw the dry riverbed as an opportunity to explore and collect various items.

Those near the river in Chippawa had a particularly interesting time scavenging. Since their hometown had been the site of a battle during the War of 1812, bayonets, swords, and muskets were revealed as the water disappeared.

Also found on the riverbed were large pine timbers, which had fallen into the river from the shore near Three Sisters Islands. A group of youths took advantage of the opportunity to collect the valuable timber, driving a logging cart onto the river bed. Although it was a dangerous pursuit, the revealed river floor presented a money-making opportunity for the young loggers.

Another enterprising individual, the owner of a Niagara Falls boat tour company, also took the incident as an opportunity. Some dangerous rocks had been causing trouble for his tours on the river, so he scoured the route while the river was dry. He identified the rocks which had been in the boats’ path and blasted them with explosives.

News of the dried-up Niagara Falls took a day or so to reach the nearest big city. The residents of Buffalo, a three-hour train ride from Niagara Falls, were a bit less confused about the blockage at the Niagara River. The high winds which had caused the ice to pile up had come from their direction, and many made the connection immediately upon hearing of the dry Niagara Falls.

And, of course, many in the city wanted to see the results.

On March 29 and 30 of 1848, thousands of sightseers travelled to Niagara Falls to be part of the newsworthy event. Some walked up and down the riverbed, while others went so far as to ride horse-drawn carriages up and down it. Even the U.S. cavalry took advantage by parading up and down the floor of the river.

Has Niagara Falls dried up since 1848? 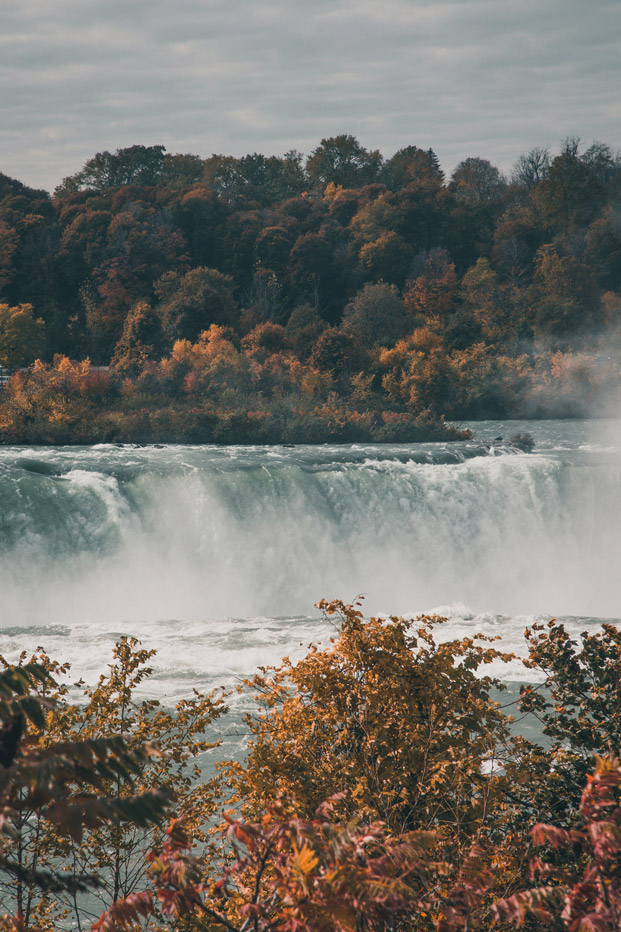 It has been over 170 years since the incident, and the Falls have seen some rough winters since then—wind, ice floes, the whole thing. But has this incident ever repeated itself?

Not really. At least, not in the same “natural phenomena” way.

One of the fascinating things about Niagara Falls is the way in which the naturally falling water is used to generate energy. This is known as “hydroelectric power.” In order to generate hydroelectric power, engineers have developed ways to control how the flow and fall of the water to maximize its capacity to generate electricity. In 1969, the U.S. Army Corp of Engineers turned off the American side of the Falls to do just that.

(Yep – it is now possible to “turn off” Niagara Falls, though I wouldn’t try it if I were you.)

The way they “turned off” the water was genius in its simplicity; they built cofferdams, which temporarily diverted all the water from the American Falls to the neighbouring Horseshoe Falls on the Canadian side. It was no small undertaking – 27,800 tons of rock and earth were used to build the cofferdams. Once the American Falls were reduced to a trickle, news spread, and large crowds of locals and tourists gathered to catch a glimpse from the vantage point of Goat Island.

Why do such a thing? At the time, the U.S Army Corp of Engineers intended to remove the rocks at the base of the American Falls. They were concerned that erosion would cause more rocks to pile up, causing dangerous rapids and threatening the survival of the waterfall itself. They were largely unsuccessful in achieving this goal and soon turned the water back on.

Both waterfalls have been flowing uninterrupted since.

Why, yes! In fact, according to some reports, it could happen soon.

Niagara Falls consists of three waterfalls: Horseshoe Falls on the Canadian side (where most of the water flows) and the American Falls and Bridal Veil Falls on the American side. This makes it possible to divert water temporarily from one waterfall to another, as they did in 1969. This action has been considered for an upcoming U.S. federal bridge project.

That means you may soon be able to experience the eerie silence of a waterfall that has suddenly stopped running, the same strange sound that an American farmer heard over 170 years ago.

What Equipment is Needed to “Turn Off” Niagara Falls?

A cofferdam is a temporary water-tight enclosure built within or around a body of water to allow underwater infrastructure construction, repair, or replacement. A diversion channel is a man-made waterway used to divert river flow around an area where construction is taking place. A hydroelectric power plant generates electricity by harnessing the kinetic energy of falling water and converting it into electrical energy. Penstock gates are used to control the flow of water in a hydroelectric power plant, while stop logs are used to temporarily block the flow of water in a river or stream.

In order to “turn off” Niagara Falls, the water needs to be diverted from the American Falls to the Horseshoe Falls on the Canadian side. This can be done by using cofferdams and diversion channels. Once the water has been diverted, the hydroelectric power plant can be turned off by closing the penstock gates or stop logs. 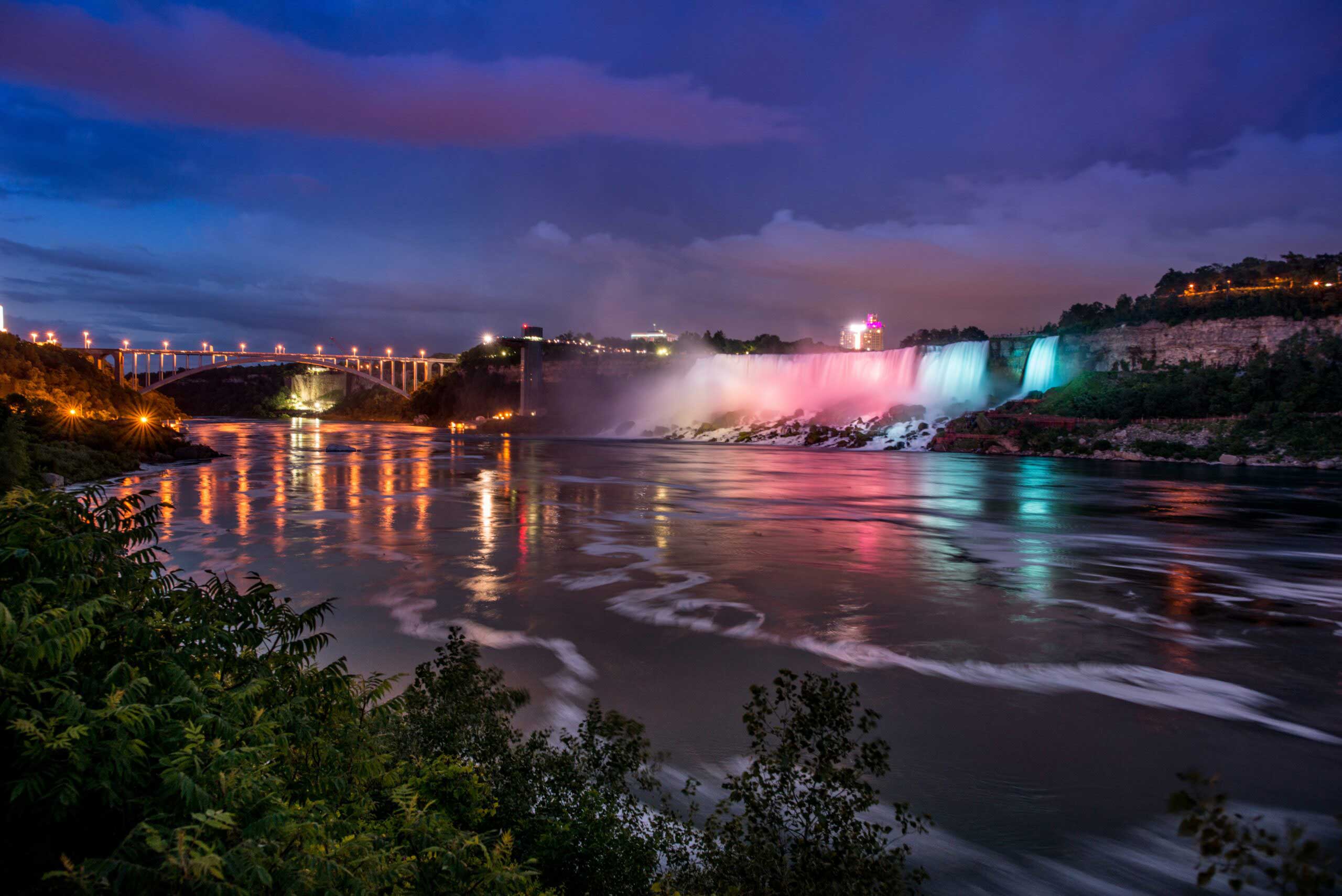 Does “Turning Off” Niagara Falls Affect the Environment?

Yes, “turning off” Niagara Falls does have an effect on the environment. When the hydroelectric power plant is turned off, the flow of water is reduced. This can lead to a decrease in the amount of dissolved oxygen in the water, which can be harmful to fish and other aquatic life. In addition, turning off the waterfall can also affect the local ecosystem by disrupting the natural flow of water and sediment.

While some negative impacts are associated with “turning off” Niagara Falls, it is important to remember that this action is usually temporary and reversible. Once the construction or repair work has been completed, the water can be turned back on, and the ecosystem will return to normal.

What would you think if you went to Niagara Falls and it was dry?

While some people might find it interesting to see a dry waterfall, others might be disappointed. If you are planning on visiting Niagara Falls in the near future, you may want to check to see if any construction or repair projects are scheduled that could affect water flow. Otherwise, you can rest assured that both waterfalls will be flowing uninterrupted.

Do you think “turning off” Niagara Falls is a good idea?

There are pros and cons to “turning off” Niagara Falls. On the one hand, it allows for construction or repair work to be completed without affecting the flow of water. On the other hand, it can have negative impacts on the environment. Ultimately, the decision to “turn off” Niagara Falls is up to the people involved in the construction or repair project.

Shiriki Makala
Facebook ya Twitter
Previous Story ‘Tis the Season: Celebrating Holidays Around the World
Next Story The Statue of Liberty’s Crown is Reopening: Here’s How to Visit