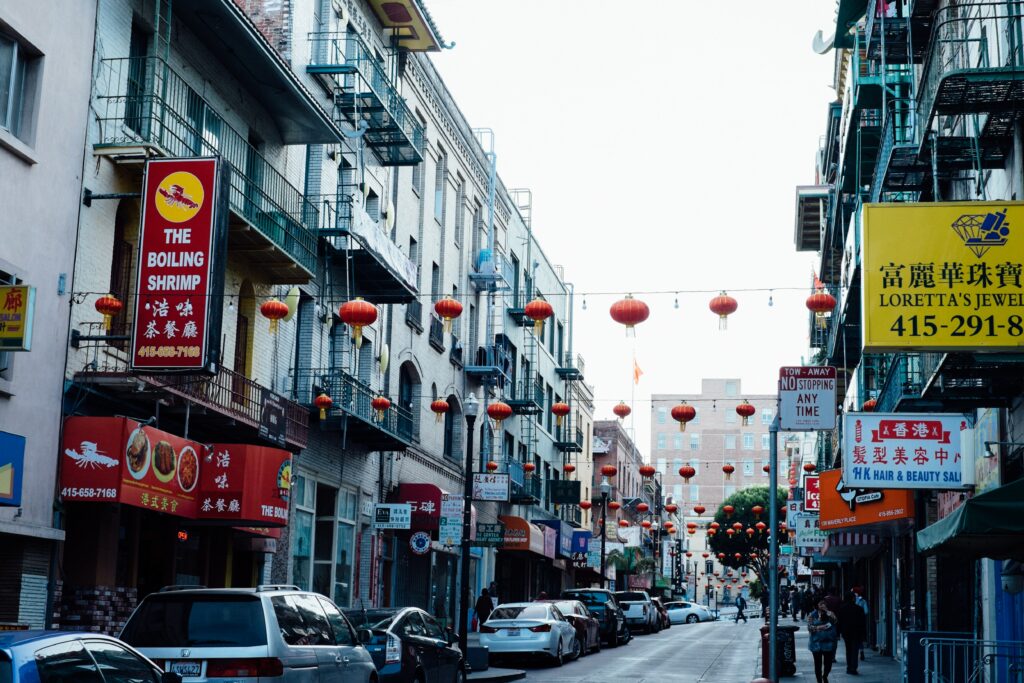 While San Francisco is a vibrant, exciting city, its very own Chinatown is “the oldest Chinatown in North America.” It’s also the largest one outside of Asia, a place that tourists from all over the globe flock to daily.

We celebrated Asian American and Pacific Islander Heritage Month this May, so now is the perfect time to visit San Francisco’s Chinatown. There’s so much history in this part of San Francisco and so many things to do that visitors need more than one day to explore.

History of Chinatown in San Francisco

The first Chinese immigrants to San Francisco arrived in 1848. They were two men and one woman who came by way of Eagle, an American brig.

Mostly from the Taishan and Zhongshan regions of China, the immigrants to San Francisco came and worked in the mines during the California Gold Rush.

Then in 1853, the first Asian church in North America was the Presbyterian Church in Chinatown. “The Chinese School” was created in 1859. “Chinese children were assigned to this ‘Chinese only’ school. They were not permitted into any other public schools in San Francisco.”

After many unfortunate and discriminatory laws against San Francisco’s Chinese population, there were some positive moments, although they took a long time to come into fruition. Some lifechanging things included the Chinese Chamber of Commerce being formed in 1908 and the Chinatown YMCA, which was established in 1911.

It was the Immigration and Naturalization Act of 1965 that truly helped turn things around for the Chinese. It “further loosened restrictions on immigration and fostered yet another wave of immigration that followed the closure of Ellis Island in 1954. For many Chinese and other Asians, this presented a new opportunity to escape political oppression at home, and further bolstered the population of Chinatowns across the United States.”

Fast forward to major positive steps for the community, which includes the election of Mayor Edwin Lee, who in 2011 was named the first-ever Chinese American mayor in San Francisco. 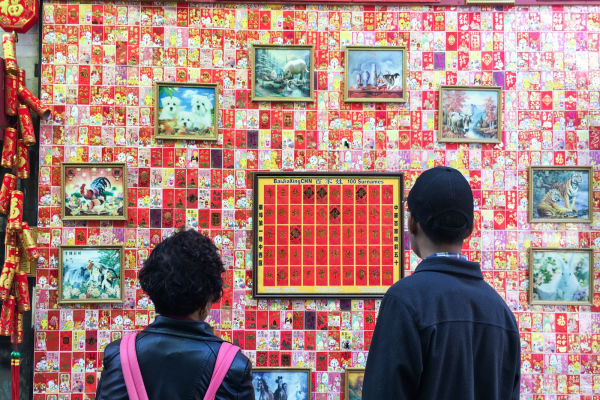 “Today’s Chinatown is a unique neighborhood defined by its people, its institutions and its history – a history of welcome, rejection and acceptance.” Chinatown in San Francisco encompasses 30 city blocks starting at the intersection of Grant and Bush streets. It’s here you’ll find Dragon Gate at the entrance to the neighborhood.

Chinatown features Chinese-style buildings and narrow streets with. It’s one of San Francisco’s neighborhoods that make the city uniquely its own.

While in Chinatown, check out China Live. This is a marketplace that highlights food, drink, and craft. A market-style restaurant and bar are on the first floor along with a tea café and retail space.

For some amazing tea, try Red Blossom Tea Company, which was founded in 1985. This family-owned business sources high-quality teas and teaware. With more than 100 teas, you’ll have a knowledgeable staff to help you choose the teas that fit your lifestyle.

If you keep walking you’ll continue to uncover more of the charm of this most diverse and alluring part of San Francisco. Chances are you’ll never want to leave.

Of course, if you’re in Chinatown, you’ll want to find out about the fortune cookies, so visit the Golden Gate Fortune Cookie Factory. This place has been making handmade fortune cookies since 1962. They are made from scratch and by hand and you can visit to watch them made right in front of your eyes. There are more than 10,000 fortune cookies made in a day, some with unique flavors and toppings.

Streets of Chinatown and Its Architecture

There are so many things to see just walking the streets of Chinatown. If you start at Dragon Gate on Grant Avenue, you can then head down the street. You’ll find small shops, lots of local people, and a host of other things to do as a tourist in this colorful part of the city.

Stroll on over to the US’s largest Buddhist church, Buddha’s Universal Church. Built in 1961 it “stands five stories tall and is a symbol of religious freedom and devotion.” Visitors will want to check out the bamboo chapel and the rooftop garden.

Old Saint Mary’s Cathedral + Chinese Mission was built by Chinese laborers and is the oldest cathedral in California. It was in use from 1854 to 1891. Then it became a larger cathedral and then a parish church. The church withstood the 1906 earthquake. Renovated in 1909 it was designated an official California registered historical landmark. 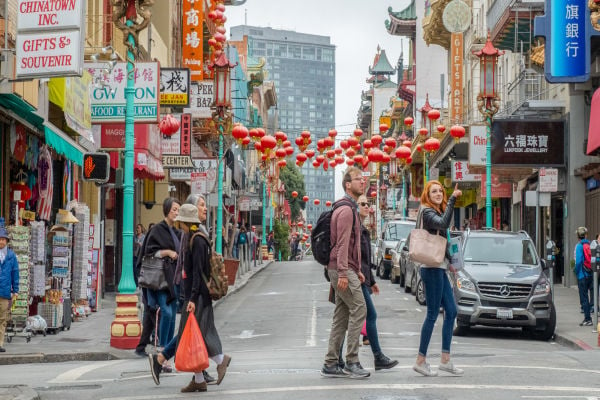 Get a Taste of Chinatown

Experience Chinatown with a local expert guide who will weave you through the most vibrant streets and lesser-known sites, such as the Tin How Temple and a traditional Eastern pharmacy. Additionally, you’ll stop at the legendary Golden Gate Fortune Cookie Factory to learn the art of fortune cookie making (and sample some of the cookies).

This City Experiences tour also includes an hour-long Bay cruise to the Golden Gate Bridge and around Alcatraz Island, as well as a fun San Francisco cable car ride, with stops at Fisherman’s Wharf, North Beach and of course, the bazaars of Chinatown.

Once you visit San Francisco’s Chinatown and get a feel for the local fare and shops and culture, you’ll want to stay longer and make it a priority to come back after you leave.