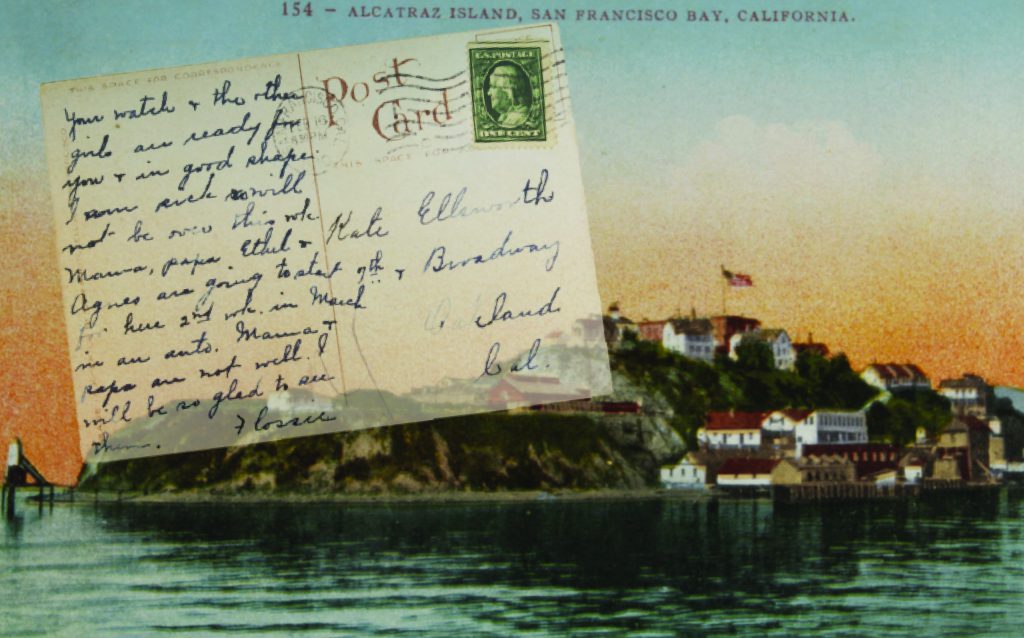 As one of the most popular attractions in San Francisco, let alone the entire United States, Alcatraz is and has been a postcard collector’s nirvana.
After sifting through the historical archives, Alcatraz Cruises came up with some compelling historic postcards from the past to share with you and here is a little background.

Deltiology, the official name for postcard collecting, is thought to be one of the three largest collectable hobbies in the world along with coin and stamp collecting. Postcards are popular because of the wide range of subjects. History itself can be tracked on postcards, from iconic buildings, popular attractions and famous people to art, holidays and more.

It is said that the first postal card was recommended by Dr. Emanuel Herrmann, in 1869, and was accepted by the Hungarian government in the same year. The first printed card was born in 1870 and produced in association with the Franco-German War. The first advertising card appeared in 1872 in England and the first German card appeared in 1874. The Heligoland card of 1889 is considered the first multi-colored card ever printed. Cards with pictures of the Eiffel Tower in 1889 and 1890 gave the picture postcard a huge start on its way to mass popularity.

In the United States, the earliest known exposition card was issued in 1873, showing the main building of the Inter-State Industrial Exposition in Chicago. This card as well as other early advertising cards (usually bearing vignette designs) were not originally intended for souvenirs. Thus, the first card printed with the intention for use as a souvenir were the cards placed on sale in 1893 at the Columbian Exposition in Chicago.

During this period all privately printed cards required the regular two cent letter rate postage. Most postcards up until 1898 are “Undivided Back” cards meaning they did not have the line going down the center of the card. Also, writing was not permitted by law on the address side on any postcard until March 1, 1907. Any messages were written across the front over the photographs or artwork on the card.

Starting in 1898, American publishers were allowed to print and sell cards bearing the inscription, “Private Mailing Card, Authorized by Act of Congress on May 19, 1898.” These private mailing cards were to be posted with one cent stamps (the same rate government postage) instead of the previous two cent rate. As a result, this was perhaps the most important event in making the cards more popular.

*A special thank you to historian John Martini for the captions for our historic postcards from Alcatraz.