At the bosom of the ancient Roman city, the Forum (Foro Romano) was the center of daily life and political endeavours during Roman times. This lively hub was the gathering point for commercial affairs, public speeches, religious ceremonies and criminal trials, among many other things. Many discussions held here formed the basis for decisions which would indeed shape the course of politics in the Western world. The Roman Forum was the beating heart of ancient Rome, and possibly the most celebrated meeting place in history. 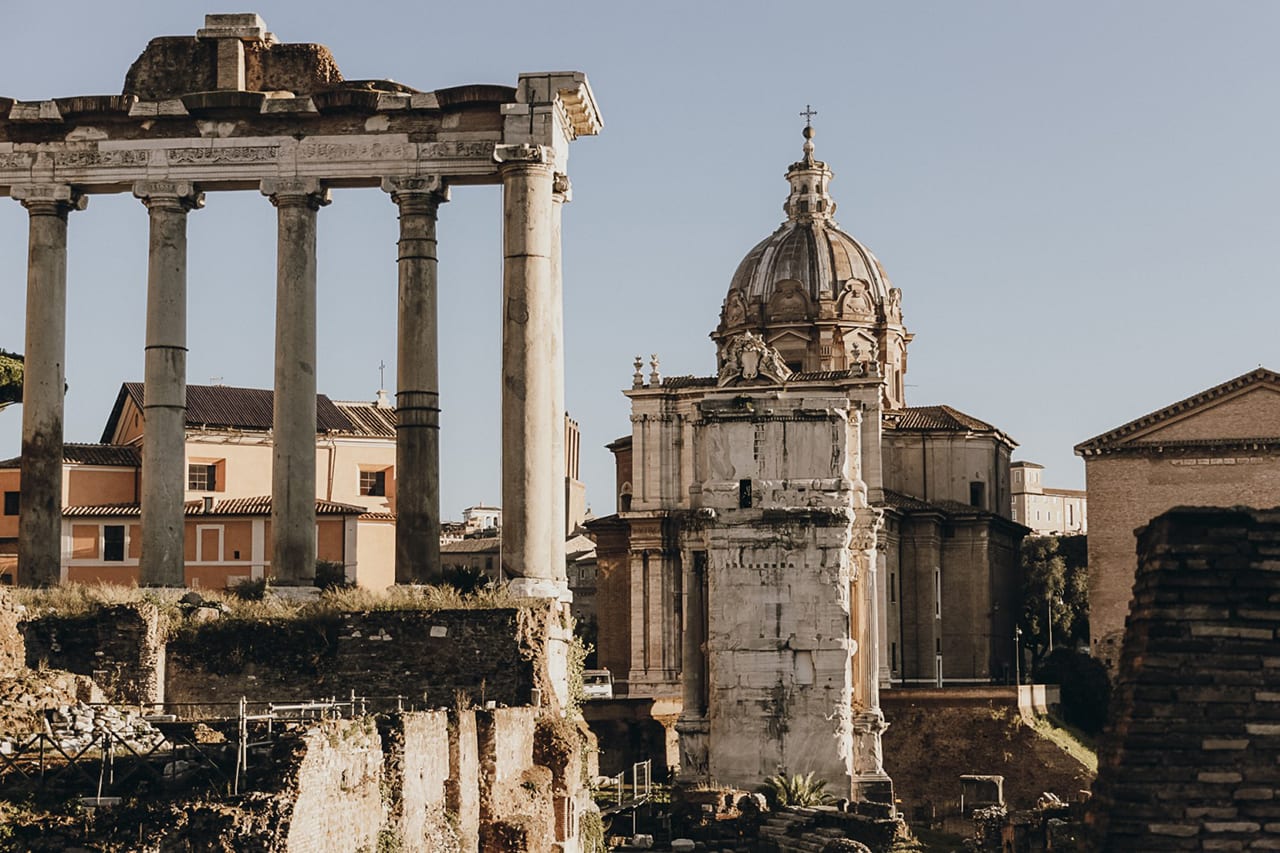 Standing amidst its grandiose temples, and exquisitely preserved ruins, you can almost hear the hustle and bustle of the ancient nation, feeling the history held within these precious stone structures. Strolling along stone paved paths steeped in such historical significance, which have stood proudly over thousands of years, is truly a surreal experience, as we admire in awe the power and splendour of the Roman Empire.While the Colosseum is usually the attraction that comes to mind when we think of Rome, this stunning archaeological site is certainly not to be missed on any trip to Rome—and an excellent tour guide will make all the difference. As the burial ground of Julius Cesar, the living quarters of the Vestal Virgins and the home of the Roman Senate, the fascinating history seeping through its walls will delight history buffs and novices alike.In this video, our very own co-founder and story-teller Jason Speigel, walks us through some aspects of the Forum’s incredible past.

“We are standing overlooking the Roman Forum, without a doubt one of the most important archeological spots in the entire Western world. The decisions that were made here inside the Roman Forum literally helped shape the course of Western history down to our lives today.

If you look over to the right you will see a beautifully preserved ancient triumphal arch, the arch of Septimius Severus. Looking a little bit into the distance just behind me, on the other side of the forum was the Basilica Guilia where the court cases of ancient Rome were held, or the supreme court. Over to the left you have the Senate House, the Curia, where the Senate used to meet and vote on important decisions. Just down in front of that was the Comitium, where we got our word “committee”, where they would meet and debate to discuss a certain matter before going inside to vote. The rostro, the speaking platform, is just down to the right of that, where the orators would speak down to the togan Romans, just down in the centre space that we’re looking at.

Right over here there was a banking center, and then a whole series of temples including the temple to the God Julius Cesar. That’s the spot where Julis Cesar was cremated, after his assination, where his body was said to ascend to the heavens, and they built a temple in his honour in that spot. Looking down a little bit further away to the right of that, you can see three small columns, that was the temple of Vesta, where the Vestal virgins used to burn the eternal flame of Rome. And all the way on the other end we have another arch, the arch of Tidus, which then flows down to the area of the Colosseum.

So again, it’s hard not to understate the importance of this area, and I still think you can feel the history emanating from these stones.”