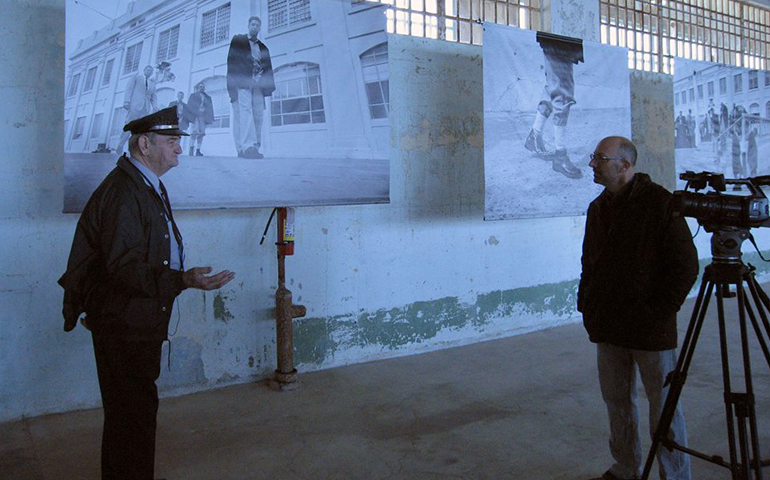 A Short Story About the History of a Former Guard

In partnership with Hilton San Francisco Union Square, Alcatraz Cruises will be hosting a free panel discussion on Saturday, June 15 from 1:30-3:30PM at the hotel’s Cityscape Lounge. For more information and to register, visit: https://alcatrazspeakerseries.eventbrite.com

One of the featured panelists is former Alcatraz prison guard Jim Albright who served on the Island from 1959 to 1963. He was the last guard off the Island on the fateful day of the prison’s closing.

As a 24-year-old, married man and father of a baby, Albright and his family moved from Colorado to San Francisco in 1959 to take his first job as a correctional officer. After his stint on The Rock, Albright went on to serve the Federal Penitentiary system in Marion, IL; Petersburg, VA; Terra Haute, IN; and Milan, MI. Albright served a total of 26 years.

Albright recalls, “When I went into the (Alcatraz) cell house for the first time, it occurred to me that I was never in a prison before and then I find myself walking into the Infamous Alcatraz.” He continues, “When the door leading into the cell house closes behind you, it really gets your attention.”

After he got his feet on the ground, the typical workday became a redundant routine, the same thing at the same time…a precise succession, which was only interrupted when a fight, stabbing, assault, attempted murder or attempted escape occurred. He comments, “That’s when things got very busy and exciting.”

When Albright and his wife Cathy return to Alcatraz now, it’s empty but still so atmospheric. When Alcatraz was still a Federal Penitentiary, however, the prison was alive at night with the many convicts either talking in their sleep, lighting a cigarette, coughing, snoring, farting or flushing a toilet.

Albright recalls that he was really never afraid. He might have experienced apprehension or excitement depending on what was transpiring. With that said, living on the Island with his family was life as usual. Sure, they locked the doors at night, but mostly to keep the kids in than to keep anyone out. Albright recalls, “The kids played like other children played everywhere.”

While the families that lived on the Island felt safe and secure, there was that momentous occasion when the great escape of 1962 occurred. As a matter of fact, one of the master minds of that escape, John Anglin, worked for Albright in the clothing room. Most of the guards agree that the three escapees must have drowned, but the inmates insisted (at the time) that they “made it…” until you talked to them one on one, and they relented that the escapees must have failed.

When Albright was asked if he would ever try to escape from prison, should he have been incarcerated, he claims that he may have a head start in his attempt, but he would never try.

Some of the infamous inmates that Albright oversaw include:
AZ1576 Weatherman (the last inmate out)
AZ325 Karpis (public enemy #1)
AZ1117 Bumpy Johnson (the “Al Capone of Harlem”)
AZ1518 Cohen (with the Jewish mafia)
AZ1414 Sprenz, (“the flying Bandit”)
Tomoya Kawakita (a traitor who tortured American prisoners)
James Whitey Bulger (a mafia boss, indicted for 19 murders and convicted for 11)

As will happen on June 15, Albright and his fellow Alcatraz Alumni will gather for a free-to-the-public panel discussion to reminisce about life on the Island. He comments, “When the remaining guards and convicts get together, they get along fine. The inmates have paid their debt to society and we (the guards) hold no grudge against them.”

Albright’s book, The Last Guard Out, is available on Amazon. Or, for those that want an autographed copy, please email [email protected].