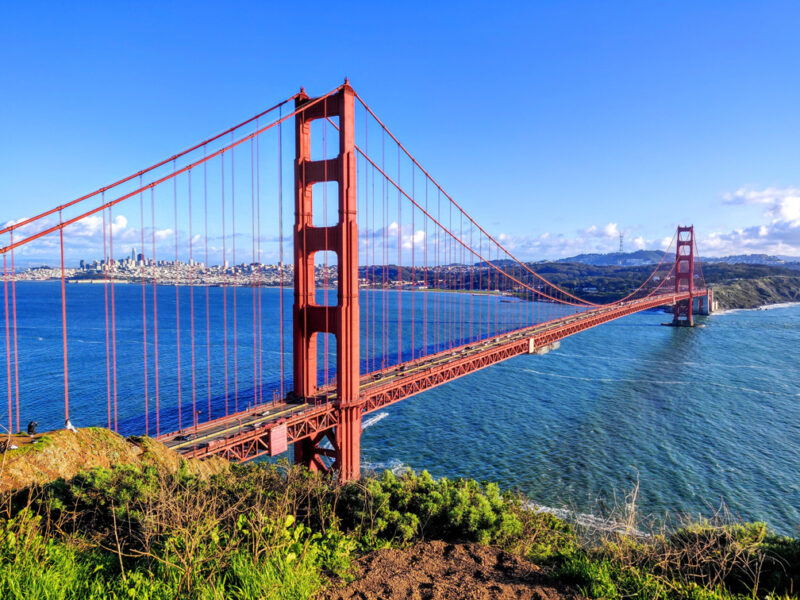 Before the bridge was built, a ferry service operated between Marin County and the San Francisco Peninsula.

In the early 1900s, plans to link the two were first developed, and decades later, on January 5, 1933, work on the bridge project began. During the bridge’s construction, a safety net was strung beneath to help prevent laborer deaths—and it saved 19 lives.

On May 27, 1937, the Golden Gate Bridge opened to the world, and today it’s one of the most famous spans in the world. Here are five little-known facts about City by the Bay’s best-known symbol. 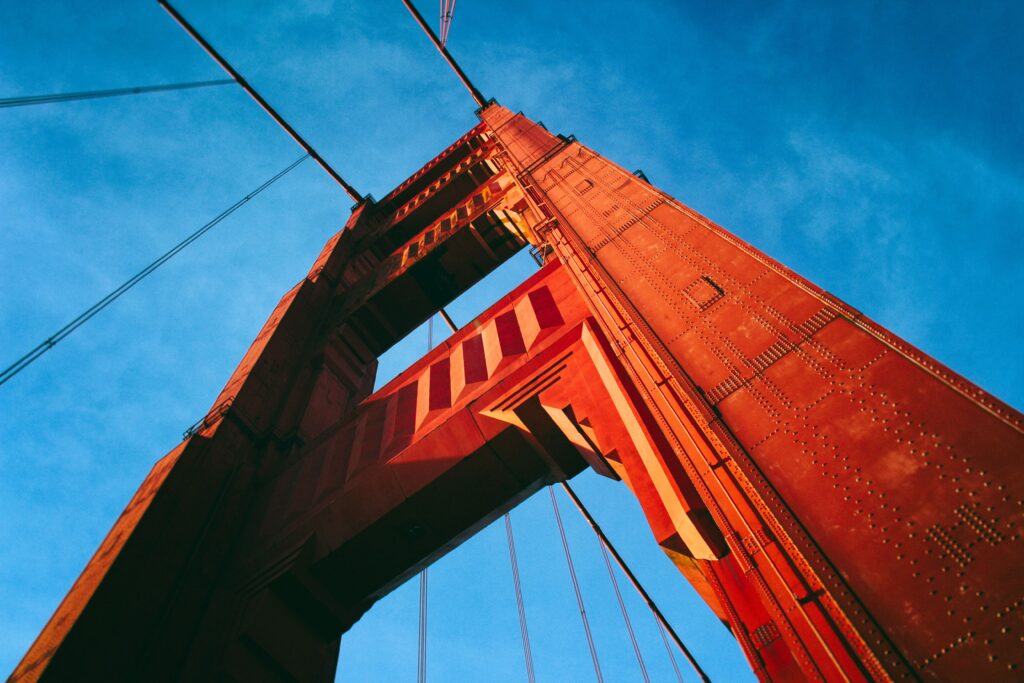 1. Its signature color was created specifically for the Golden Gate Bridge

The Golden Gate Bridge has architect Irving Morrow to thank for its vibrant orange-red hue. Though the striking color—called International Orange—is widely used in the aerospace industry, this version is unique to the suspension bridge itself.

The shade is slightly lighter than you might see on an astronaut’s spacesuit, and the paint itself was formulated to be rust-resistant against the salty spray of the water. Safety concerns were also taken into account: The bright orange color makes the bridge more visible in the thick fog often engulfing the San Francisco Bay.

2. More than 2 billion cars have crossed the Golden Gate Bridge

On February 22, 1985, the one billionth driver, Dr. Arthur Molinari, crossed the Golden Gate Bridge. (He was gifted a case of champagne and a hardhat in celebration.) As of 2019, those numbers had more than doubled, and two billion–plus cars have driven over it to date, according to the latest tallies.

3. So many people attended its 50th anniversary, the Golden Gate Bridge flattened

Roughly 300,000 people crowded onto the suspension bridge, weighing it down so much that the curved arch completely flattened and lowered the bridge by 7 feet.

4. The Golden Gate Bridge was hit by an earthquake before it was even finished

In June 1935, a strong earthquake hit the Golden Gate Bridge while it was still being built. Construction workers on top of the South Tower reported that the pillar swayed 16 feet from side to side.

5. The Golden Gate Bridge is a Hollywood star

This famous bridge is also a silver-screen star. It’s been featured in dozens of films, including the 1985 James Bond flick, A View To A Kill, and 2011’s Rise of the Planet of the Apes. Perhaps because of its real-life strength and indestructibility, directors seem to love to reduce it to rubble, as evidenced in films like 1955’s It Came from Beneath the Sea.

The Golden Gate Bridge is a marvel of the modern world, with a history just as fascinating as the bridge itself

Now the next time you visit, you’ll know more about the stories behind this iconic piece of engineering. Looking to see the Golden Gate Bridge from a different perspective? City Experiences’ San Francisco in a Day tour gets up close and personal—and hits the rest of the highlights too.