Things To Do » History & Architecture » Chip Off The Old Salt Block 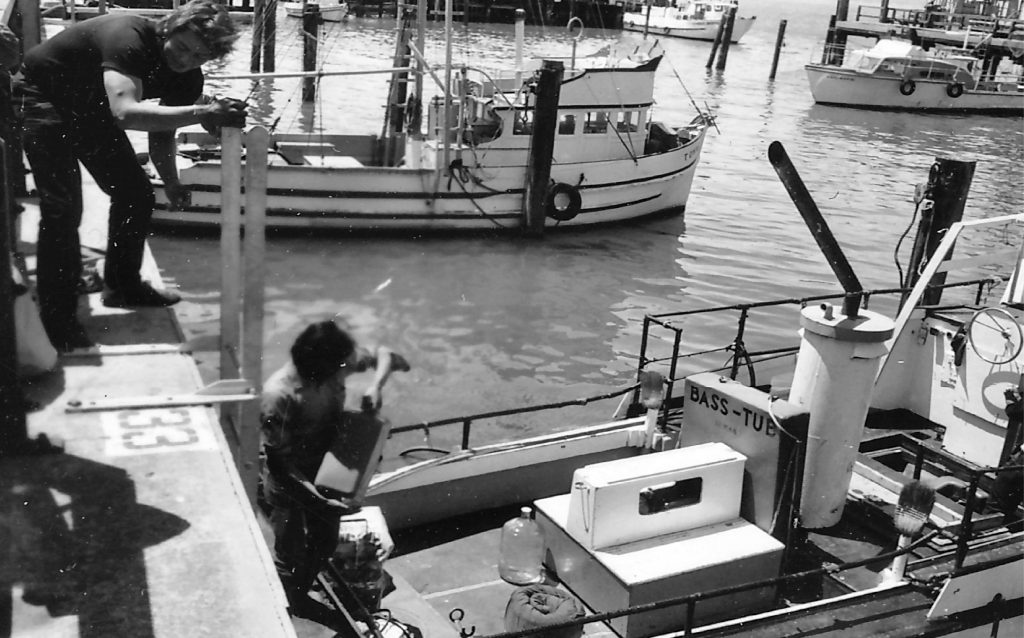 It’s no wonder Captain Erik (“Tubby”) Anfinson has salt in his veins, his father Clifford Anfinson was a boat person all his life as a sport fisherman, chartering his vessel (the m/v Bass Tub) and in all things leisure.

Additionally, during the Native American Occupation of Alcatraz, Clifford was called upon by other fisherman to transfer participants of the Occupation, including Indians, provisions and newscasters.

At the time he was transporting cargo and people to the Island, he was not yet a father. Shortly after he was married to Lynn, and after the Occupation, Clifford sold the “Bass Tub” and purchased another vessel so that he could continue his career as a fisherman.

(Interesting tidbit about the Bass Tub is it was previously owned by the band Credence Clear Water Revival).

According to Lynn, Tubby’s mother and wife of Clifford, “My husband had a passion for being on the water…and whatever he chose to do was a fine decision with me.” Lynn herself was a bookkeeper in San Francisco during this time.

Now that Tubby has been at the helm at Alcatraz Cruises for about 13 years, he attributes his love of the water and boating to all the time he spent with his father, starting on the docks at five years old. Tubby comments, “Whenever we went on vacation, it was always water-oriented…from as far back as I can remember.” And, from there, Tubby went on to get his one hundred gross ton masters/captains license at the young age of 19.

Read on for more information about Captain Tubby and his rescue at sea.