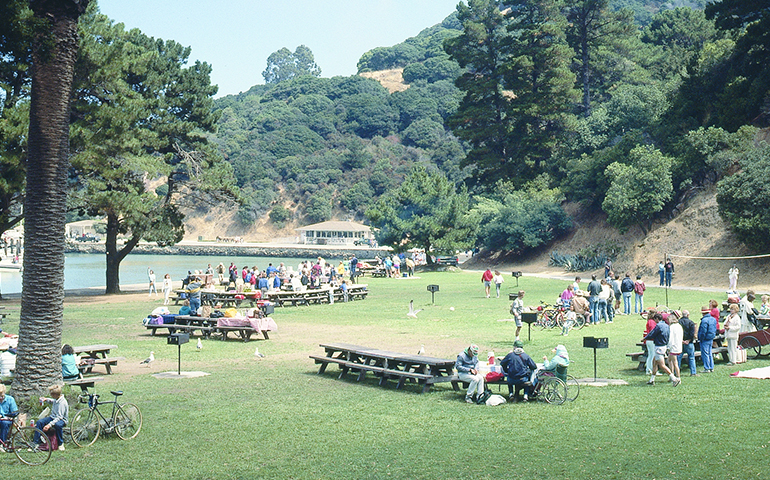 
The combination tour is a 5½ hour journey. Ticket prices include the ferry rides to both islands, a one-hour historic tram tour on Angel Island, the Cellhouse Audio Tour on Alcatraz and daily optional programs and exhibits. (Note: the tour of the Angel Island Immigration Station is not included in the Alcatraz & Angel Island Combination Tour).
For bookings, visit Alcatraz Angel Adası Kombo Turu or call 1.415.981.7625. If booking the combination tour for a group of 15 or more, please contact Alcatraz Cruises Group Services Department at 1.415.438.8361 or e-mail [email protected]
About Alcatraz:
Most people know that Alcatraz was once a world-famous federal penitentiary, but the island’s history before and after the penitentiary era is less well known. For example, few realize that it was also the site of the first American lighthouse on the West Coast and that the island served as a huge harbor defense fort during the Civil War. After the fort became obsolete, the U.S. Army turned the island into a military prison. Following the closing of the penitentiary, Alcatraz became the site of an American Indian protest movement that would change modern American history.