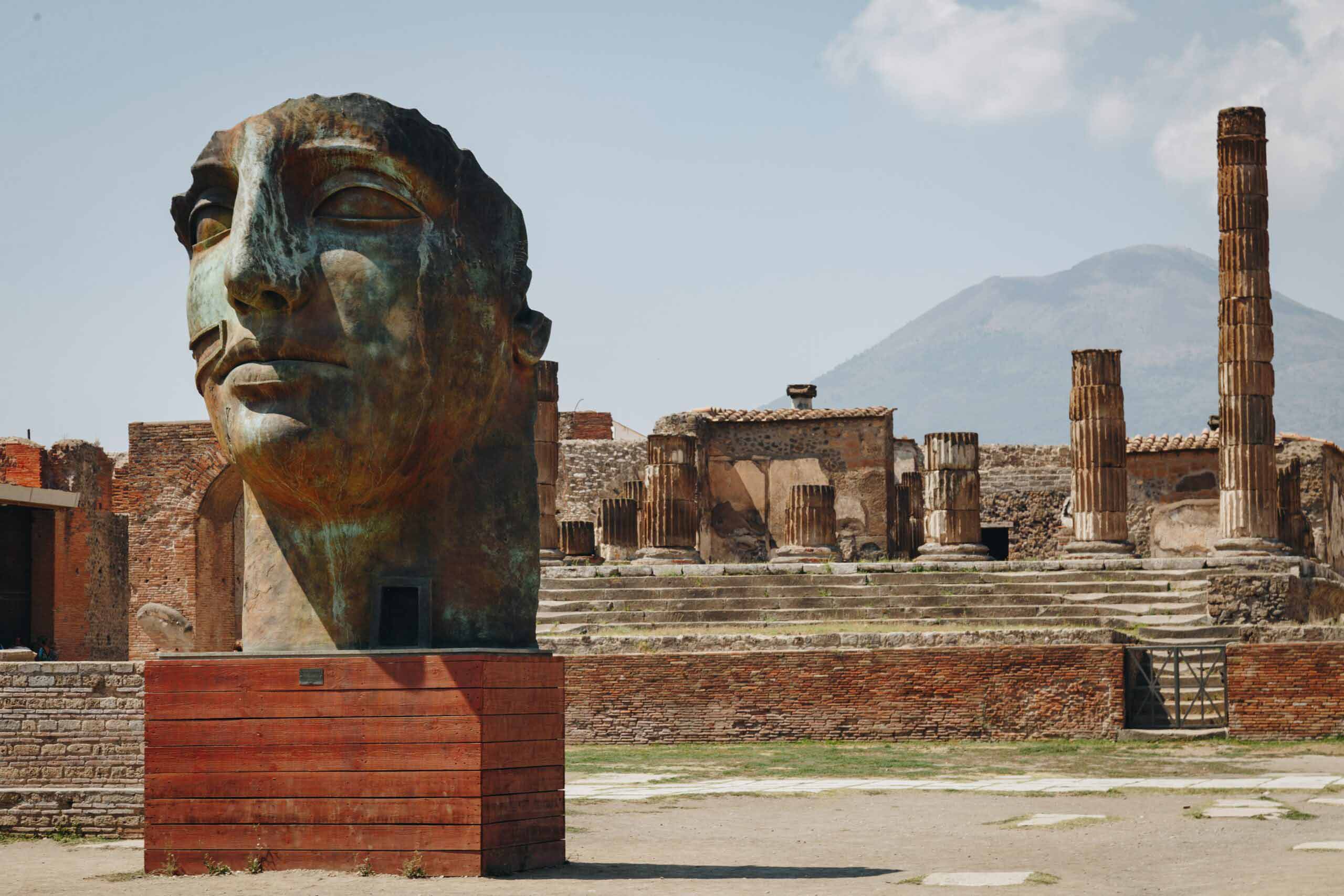 Rome, the Eternal City, is a haven for tourists with amazing tourist attractions, food, and even its people watching.

The ancient city was founded by brothers Romulus and Remus, according to legend. But when it came to who would run the city, an argument ensued, Romulus defeated his brother, then he “named the city after himself.”

As for its nickname as the Eternal City, “Romans believed that no matter what happened to the world or how many empires came and collapsed, Rome would go on forever.” Today, this ancient yet modern city is a top destination for tourists from all over the world. It’s vibrant and filled with so much to do. And while there, you may want to hop on a cool day trip to escape the city’s heat during the summer months. 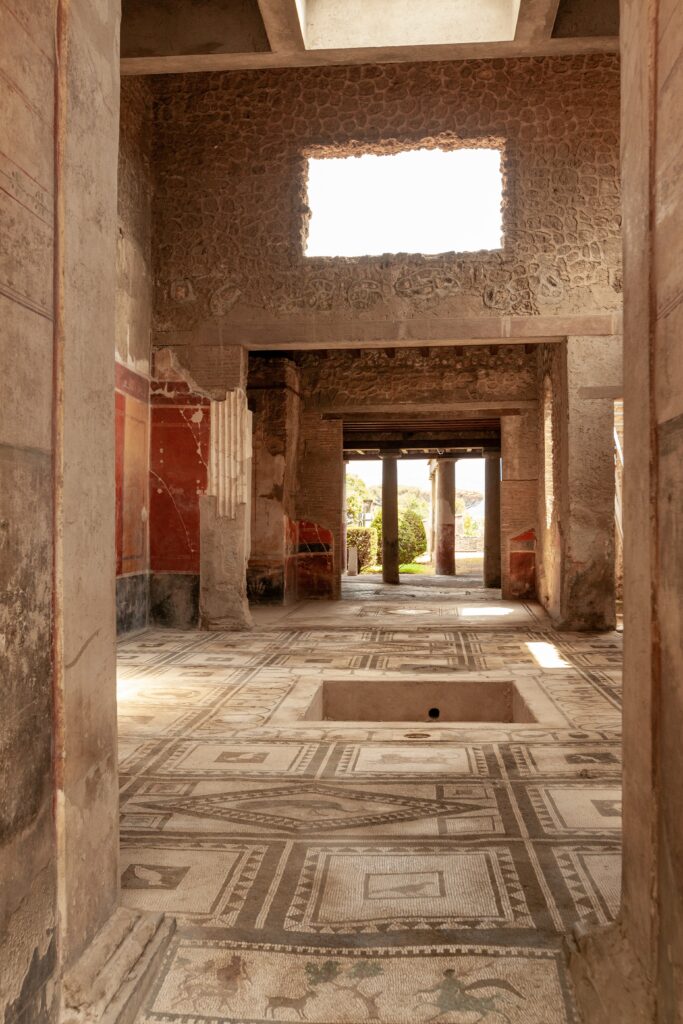 While Rome has so much to see, there are so many places outside the Eternal City to explore. Start with the Pompeii Tour from Rome with Amalfi Coast Drive.

When Mount Vesuvius erupted in 79 A.D., the volcanic ash buried Pompeii, an ancient Roman city located just 150 miles from Rome. It killed 2,000 people and the city was deserted. In 1748, explorers found an intact city under the thick debris. “The buildings, artifacts and skeletons left behind in the buried city have taught us a great deal about everyday life in the ancient world.”

Visiting Pompeii is truly an exciting experience that will leave you with answers to questions about this ancient city. You’ll start the day in Rome where you’ll be picked up and driven to Pompeii via private transport. Your guide, a local archeologist, who is an expert on the ancient city, will help you understand the city’s streets and ruins of houses, temples, restaurants, and businesses. You’ll hear stories about the bustling city that fell after the catastrophic volcanic eruption.

Following the city of Pompeii, you’ll get back into the private van and “enjoy one of the most beautiful drives in the world, as you head into the fabled Amalfi Coast.” The tour guide will tell you all about the coastline’s history. While once many fishing villages, the Amalfi Coast is now one of the top areas visited in Italy. Make sure to take lots of pictures as you’ll want to preserve these memories.

You’ll get out at the town of Positano, a village on the cliffs of the Amalfi Coast. Picturesque beyond your wildest dreams, you’ll enjoy lunch, maybe a swim in the Bay of Naples, and a stroll through the town to shop at the boutiques. Then it’s back to your hotel in Rome at the end of the day.

Explore the Amalfi Coast by Sea

Beautiful and scenic doesn’t even come close to describing the Amalfi Coast. It’s something you need to see for yourself. It’s home to 13 cities and towns on the Mediterranean Sea. “Dazzling landscapes and fascinating historic and cultural sights await along the stretch of coast between Positano and Vietri sul Mare, famous for its winding highway skirting dramatic cliffs thick with tiny villages and luxurious villas clinging to the rocky slopes and breathtaking views behind every curve.”

A great way to enjoy this spectacular coast is by Boat-Hopping on the Amalfi Coast: Day Trip from Rome. You’ll get on a high-speed train out of Rome and then arrive in Salerno, then get on a small ferry and cruise the blue waters of the Amalfi Coast.

By touring the coast by sea, you’ll be able to see the coastline that you can’t see by driving on the winding roads. You’ll view the colorful towns, experience authentic limoncello during a tasting at a local orchard with amazing views, and explore Amalfi and Positano where you can check out the shops and even take a dip in the sea. You’ll have an English-speaking guide along the way.

Your next port along the water is Positano, another town where pictures are necessary but won’t do it justice. Enjoy 2 ½ hours of free time to shop, grab a delicious bite, or take a dip. Then meet up with your guide again and board the boat back to Salerno and then on a train before returning to Rome. 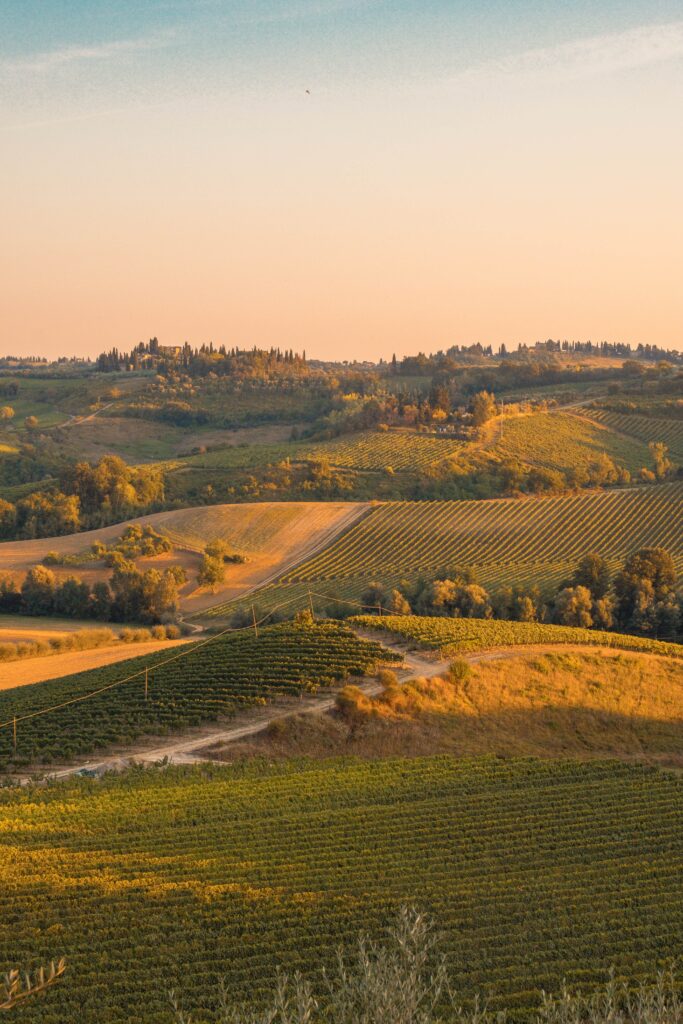 Tuscany is as magical is the stories you hear about it. Attracting millions of tourists every year, Tuscany is a region filled with paintings, museums, galleries, and churches with magnificent sculptures. The region “is one of the true gems of Italy.”

Plan Day Trips from Rome: Tuscan Hilltowns, Castles & Vineyards to get the most out of an experience like no other while exploring Tuscany.

Known for many things including a fascinating history, it’s a popular spot for tourists and locals. You’ll enjoy world-class wine and top-notch cuisine.

Start by boarding a small bus with the comforts of home including A/C. There’s only up to 18 guests aboard. Your personal tour guide will travel with you and fill you in on all things cultural and culinary while you also hear about the region’s background. Tuscany came back from the destruction it experienced in WWII and now is known for its fabulous wine and cheese.

Start in Pienza while you have an hour to yourself to wander the streets, shop, and check out the Etruscan Well along with the wonderful views.

Enjoy lunch at a local farm where you’ll indulge in food that is grown right there. The food has fresh ingredients from the farm and neighboring areas. Afterward, climb the ancient walls of Montalcino Fortress. You’ll get to visit a nearby vineyard and finally indulge in a guided tasting of Tuscan wines.

There’s so much to explore in Tuscany, but this day trip will enable you to explore as much as you can to get the essence of this gem of a region. The best spots in Tuscany are waiting for you while you gain knowledge of the area with your own tour guide. You can even have some of the fine wine shipped back home to you.

Rome is a wonderful spot to vacation. But it’s also a great place to take off for other parts of Italy that are not too far and close enough for a day trip you’ll always remember.