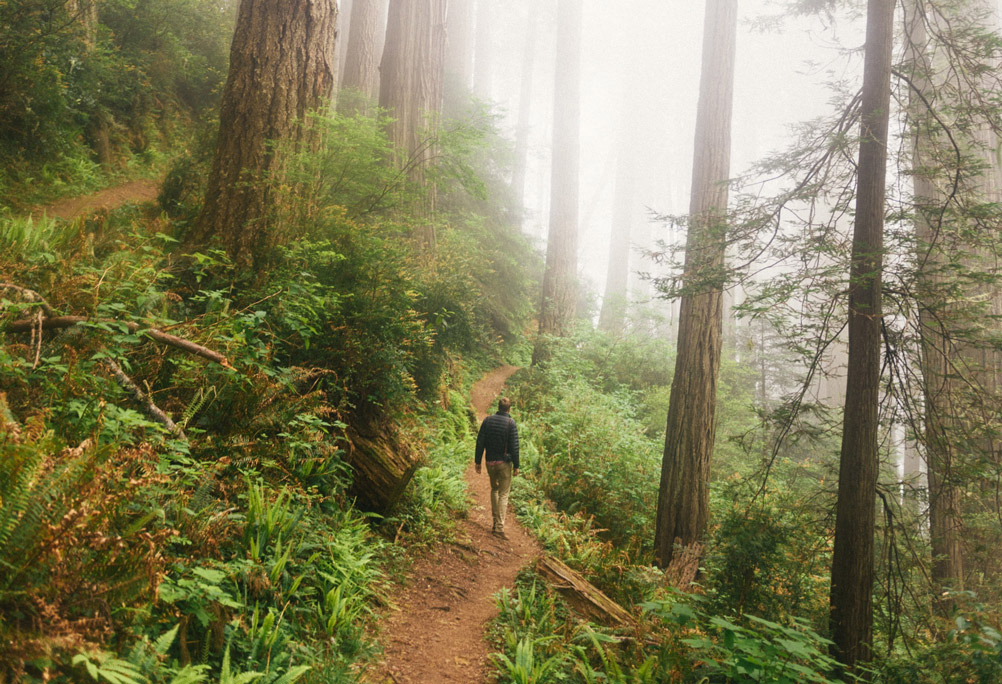 We’ve got the rundown on the best hikes near San Francisco, so get ready to lace up your hiking boots and hit the trails!

What’s an easy hike to see the redwood trees?

Just a short skip from San Francisco, Muir Woods is not to be missed on a trip to the Bay Area. A fantastic way to see it is with a City Experiences tour to nearby Muir Woods National Monument.

The guided San Francisco: Muir Woods Redwood Forest and Sausalito Tour departs in the morning or afternoon, allowing you to explore one of the best-known giant-redwood forests near the San Francisco city limits at a leisurely pace.

You’ll cross the Golden Gate Bridge to Muir Woods National Monument, where you’ll experience pristine nature with stunning native flora and fauna. Then you’ll head to the quaint seaside community of Sausalito, where you can take in sweeping coastal views of the San Francisco Bay area. (Don’t worry: You’ll have time to browse in the local boutiques and grab a bite to eat at one of the charming cafes or restaurants.)

You might also opt for the stellar San Francisco: Yosemite and Giant Sequoias One Day Tour, which takes you east of the city—through the San Joaquin Valley and into the Sierra Nevada mountains—to see that cousin of the redwood trees, the giant sequoia.

After you enter Yosemite National Park, you’ll have the chance to visit Tuolumne Grove of Giant Sequoias, Bridalveil Falls, El Capitan, and Half Dome. You’ll also have time to explore Yosemite Valley with its waterfalls and meadows before heading back to San Francisco.

Many Bay Area hikes are suitable for all levels, but the best easy hike near San Francisco is hands-down Devil’s Slide Trail—a paved multi-use coastal trail that follows the path of the former Pacific Coast Highway.

This now-reclaimed segment of the old Highway 1 is located just 18 miles south of San Francisco in Pacifica. An easy 2.5 miles, the trail length is just long enough to satisfy your wanderlust, and you can traverse it in any direction, as there’s a free parking lot at either end. If you aren’t up for the entire hike, you could easily stroll along just a portion of the coastal trail, stopping to take in the breathtaking views while resting on one of the many benches en route.

On a clear day, if you hike as far as the bluffs, you might catch a glimpse of the distant Point Reyes or the Farrow Islands. The whole family will enjoy this easy coastal hike near San Francisco, with spectacular views of the Pacific and terrific opportunities to spot native wildlife, such as whales, sea birds and seals.

The stunning Mori Point Reyes National Seashore offers a fabulous short hike just outside of San Francisco. The 32-acre wetland park has a coastal trail dotted with wildlife, such as coastal birds and whales, as well as sublime views looking over the Pacific.

Here you can hike a short, flat, half-mile trail, or challenge yourself a bit with a 1.5-mile loop trail that’s a touch steeper. The flat trail winds directly down to the Pacific Ocean, while the steeper trail climbs up to some bluffs. An added bonus for dog lovers? Mori Point park is dog-friendly, so your four-footed friend can come along. 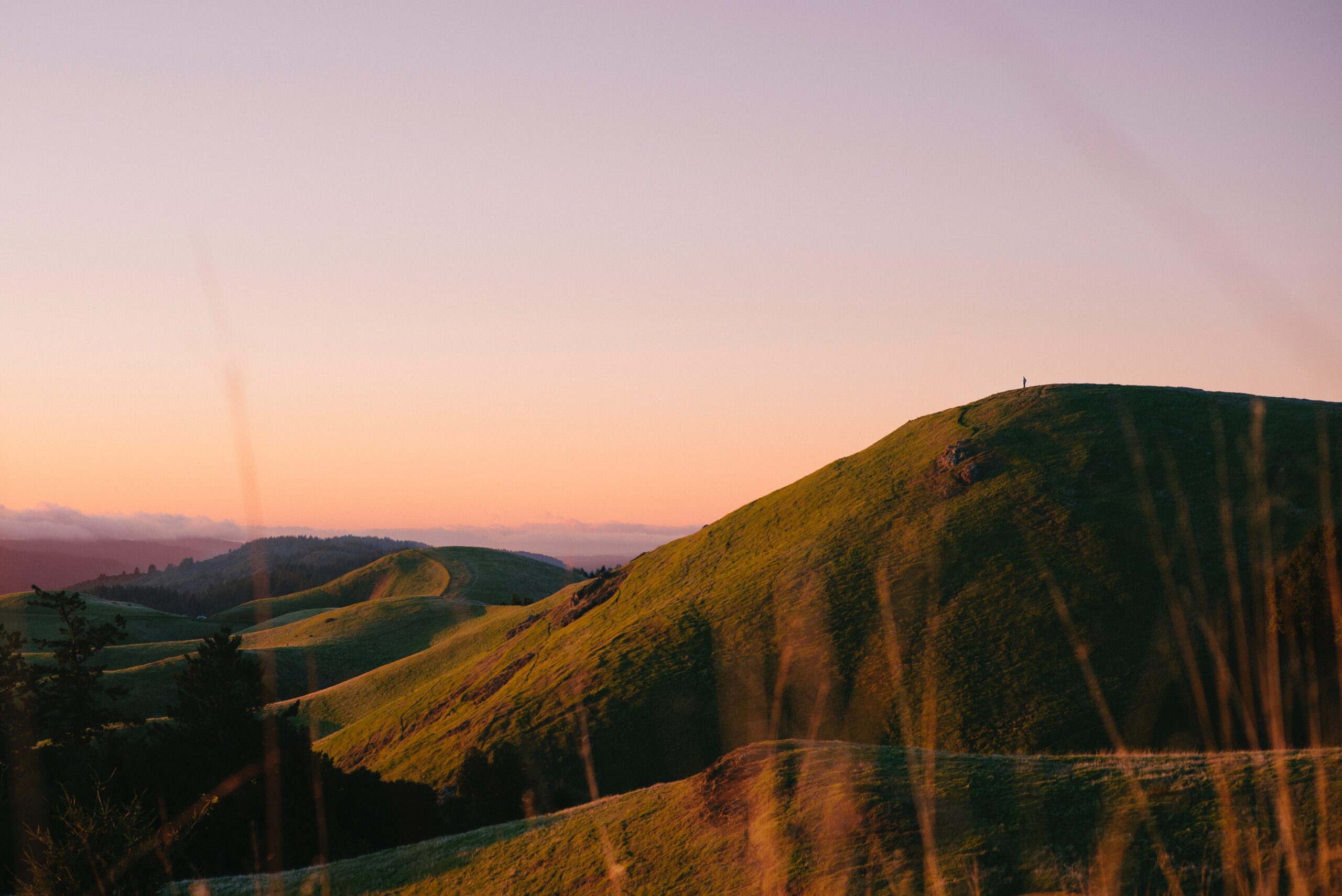 What is the best overnight hike near San Francisco Bay?

One of the best hiking trails near San Francisco for an overnight trek is along the Steep Ravine trail in Mount Tamalpais State Park, located in Bolinas, about 23 miles northwest of the San Francisco Bay Area.

There are numerous trails here, but if you follow the 7.1-mile Matt Davis loop, you’ll cover most of the western portion of the state park—and find plenty of options for camping along the way.

The trail starts off mostly in a forest, and the first 1.5 miles or so are pretty much level. But after that, it juts out of the woods and into grasslands that offer spectacular views of the Pacific Ocean and coastal landscapes.

You should be an experienced hiker and have excellent hiking gear if you tackle this loop trail, as it’s ranked intermediate to difficult as far as the terrain goes. But the trail passes plenty of local flora and fauna, and the hike is well worth the effort. (There are also biking and horse trails throughout the park, in case that’s more your speed.) 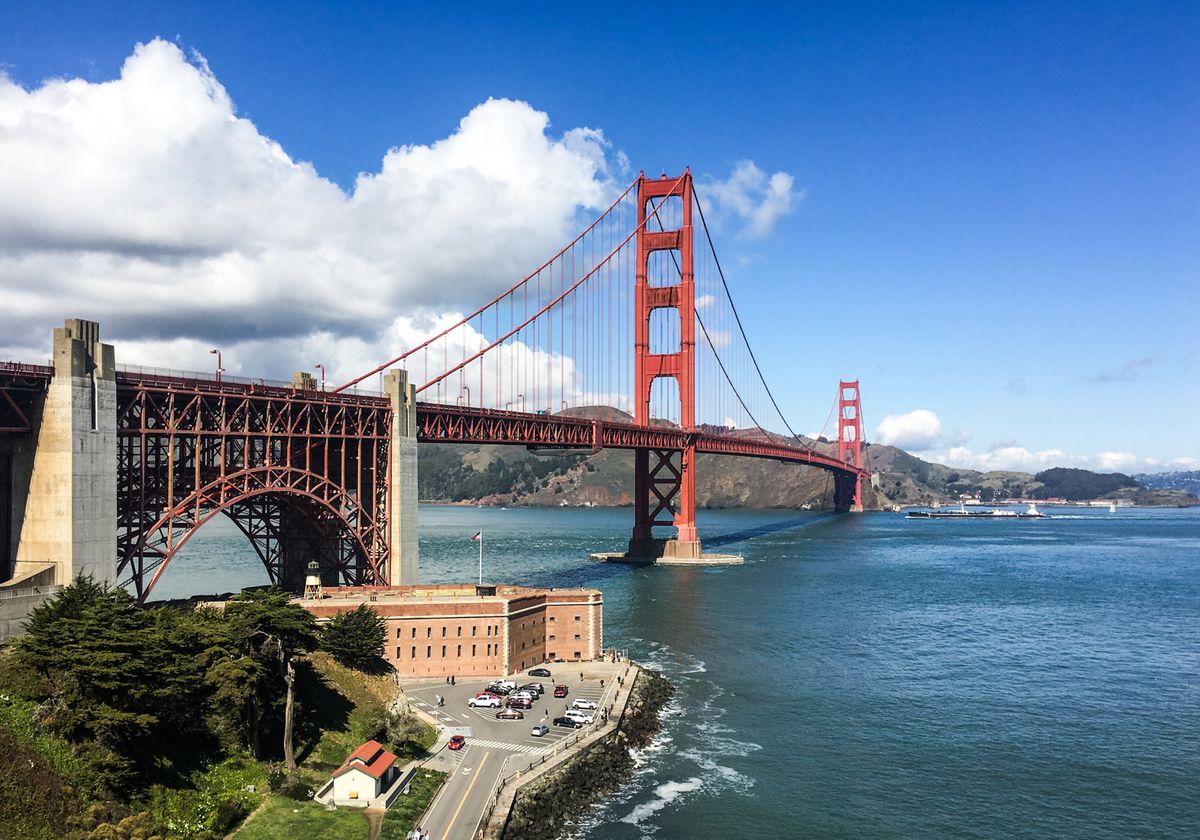 Which hike has the best views of the San Francisco Bay?

Mount Diablo State Park has a Four Peaks Loop trail that’s the perfect choice for experienced hikers looking for a strenuous hike with superb views and wildlife. Located in Clayton, around 36 miles east of the San Francisco Bay Area, this 15.4-mile loop trail is one of the most amazing hikes near San Francisco.

It’s best tackled on a clear day to really get the full experience—and the best views. As the name implies, you’ll hit four mountain peaks along the way: Mount Diablo (the highest point along the trail), Mount Olympia, Eagle Peak, and North Peak. You can hike as much or as little of the summit trail as you like, as there are several parking lots en route. If it’s just views you’re after, choose one of the trailheads leading straight up to the highest peaks to soak it all in fast.

Another fantastic way to take in the Bay’s sweeping coastal views is via the Half Day by the Bay: North Beach, Fisherman’s Wharf & Scenic Bay Cruise.You’ll get to see such stunners as North Beach, Coit Tower, the famous Lombard Street, Ghirardelli Square, and Fisherman’s Wharf, plus the Golden Gate Bridge and Alcatraz Island.