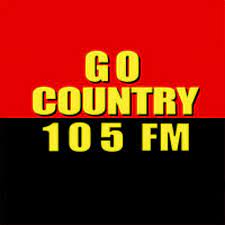 Despite being the metropolitan epicenter of Hip Hop and everything pop, country music has taken Southern California by storm.

For four consecutive Thursdays, we at Hornblower hosted the hottest country music attraction on the waters of the Pacific. Our strong ties with LA’s leading Country station, Go Country 105, helped us wrangle 4 hot, up and coming, country powerhouses.

Week one featured DL Marble. This heartthrob reminded us all how easily you can be swooned by a boy and his guitar.

Week two was followed by Sheeyna Gee. Who doesn’t love a strong female lead singing songs that get you on your feet for that boot scootin’ boogie?

Week three included performances from our youngest performer yet: 14 year old J’Rose. A fresh Taylor Swift in the making? We think so!

And finally, week four was topped off with Honey County who performed their original single “99 Bottles”. This girl group was far from basic: sweeping people, quite literally, off their feet.

Over the 4 week span, we hosted over 500 country music fans and made LA a country force to be reckoned with.

But we didn’t stop there…

Hornblower took the bull by the horns and hosted 2 cd release cruises.

On October 22nd, 2015, we hosted a CD Release promotion aboard Entertainer to celebrate the album release of country music duo ‘Striking Matches’. Go Country 105 invited an exclusive list of “Go Girls” and their guests for an exclusive meet and greet. These exclusive cruisers and over 140 other paid guests enjoyed a special intimate performance from the band.

The band, composed of 5 Nashville based musicians, debuted their album “Meat and Candy” which features their single “Break Up with Him” which has reached No. 1 on Country Airplay, which they performed in front of almost 300 guests on our vessel.

While on board, our very own Captain Mike managed to snag a photo with Adrinna Pattridge, known best for her roll on The Hills, after enjoying the performance with friends.

Overall, the summer of 2015 was a scorcher for Hornblower Cruises & Events. We saw high temperatures and hot acts on board our cruises. We can’t wait for our next set of summer cocktail cruises in 2016!