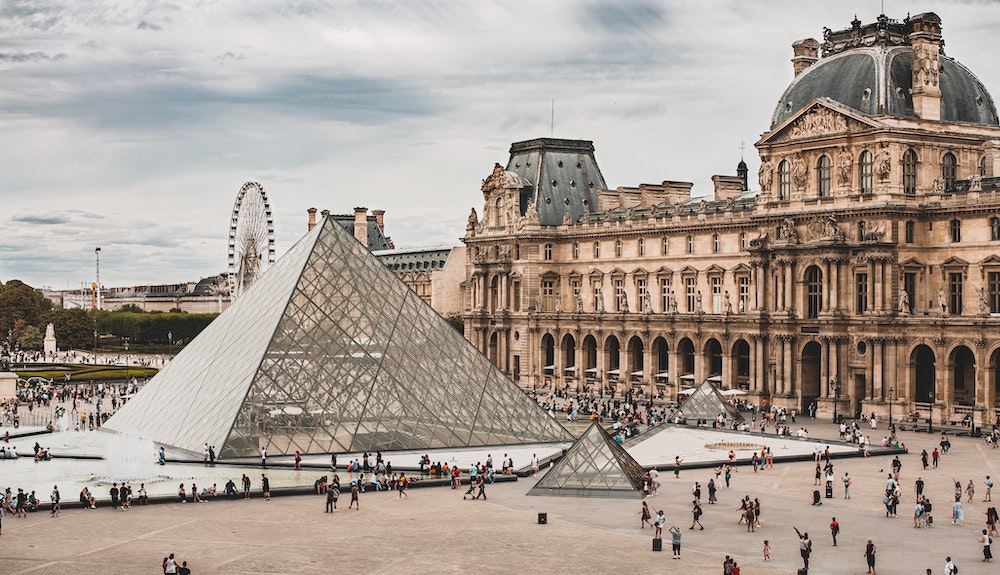 A crown jewel of the art world, the Louvre Museum is a must for anyone heading to Paris.

Even if you never set foot within the galleries and exhibition spaces themselves, you’ll delight in strolling around the courtyards of the Louvre Palace and its splendid Tuileries Garden, admiring the signature glass pyramid and the Arc de Triomphe while taking in some fantastic views of the Eiffel Tower in the distance.

But venture inside and you’ll find heavy-hitter Hellenistic art, such as the Winged Victory of Samothrace and Venus de Milo, and an impressive paintings collection showcasing technical mastery and stellar artistic techniques, including Leonardo da Vinci’s Mona Lisa and her infamously enigmatic smile.

There’s also a bevy of rotating Louvre exhibits to keep things interesting—and the upcoming lineup is full of intriguing shows, including the much-anticipated Naples in Paris. Read on for the must-see exhibitions at the Louvre museum in 2023 and the best permanent collections to check out while you’re there—plus the best ways to fit it all in. 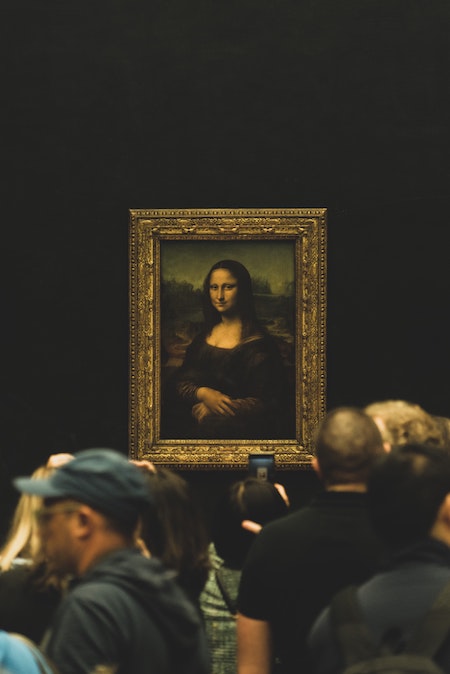 How much time do I need to visit the Louvre Museum?

First things first: Temporary exhibits aside, the permanent collections of the Musée du Louvre are well worth a visit on their own. Art lovers will need at least three or four days to take in all that the French museum has to offer, so planning a visit requires a smart approach.

If your schedule is tight, you might consider joining our Louvre Highlights Tour: Mona Lisa, Venus de Milo & the Crown Jewels. On this two-hour walking tour, you’ll have the chance to skip the long lines at the most popular of all Paris museums, taking in some of its most iconic works of art under the guidance of an expert art historian.

If you have a little more time in the City of Lights, why not come along our Complete Louvre Tour? Over the course of three hours, you’ll visit some of the Louvre’s most important rooms, getting up close and personal with Mona Lisa’s smile as well as hitting a few under-the-radar spots you might’ve missed on your own.

And if you’re keen on taking in some of the museum’s most sought-after works of art without the crowds, our Closing Time at the Louvre: The Mona Lisa at Her Most Peaceful is for you. On this tour, an expert art-historian guide will give you the lowdown on the history of the palace, including an overview of the medieval Louvre, and some of the museum’s most important works of art, including the classic Greek artworks in the Galerie d’Apollon and, of course, that ever so artistically accomplished painting, the Mona Lisa.

What are the Louvre’s can’t-miss exhibits for 2023?

The Louvre museum’s 2023 temporary exhibition season boasts a number of stellar shows, the crown jewel being the much-hyped Naples in Paris (on view from June 7, 2023, to January 8, 2024 in the Salon Carré, the Grande Galerie and the Salle de la Chapelle).

Mounted in special collaboration with the prestigious Museo di Capodimonte in Naples, Italy, the exhibition will feature 60-some major masterpieces culled from one of Europe’s most important picture galleries and drawings collections.

Another much-anticipated temporary exhibition slated to open in 2023 is a show entitled The treasury of Notre Dame Cathedral from its origins to Viollet-Le-Duc (on view in the Richelieu Wing from October 19, 2023, to February 19, 2024).

On April 15, 2019, the world watched in shock and horror as flames consumed a large portion of Paris’s Notre Dame Cathedral, one of the city’s most unmistakable icons. In anticipation of its completed renovation, the Louvre Museum will mount a temporary exhibition in the Richelieu wing, showcasing items from Notre Dame’s lavish treasury before they are returned to their home.

The exhibition will tell the history of the iconic cathedral through roughly 100 artifacts, including remarkable relics and precious metalworks. Items from the cathedral’s sumptuous treasury will be on view alongside important historical documents, such as illuminated manuscripts, inventories, paints, prints, and other illustrated documents that aim to elucidate Notre Dame’s rich history.

What are the must-see collections and artworks in the Louvre?

Among the most popular are the Egyptian Antiquities department, with its splendid sphinxes and mummies, and the Greek, Etruscan, and Roman department, treasured particularly for its outstanding collection of original Greek statues and ancient Greek art.

Art historians and casual visitors alike will relish a visit to the Sculpture and Painting departments, the former highlighting sculptural works produced before 1850, including the world-famous Dying Slave by Leonardo da Vinci.

The latter focuses on a meticulously curated selection of western paintings from the 13th to the 19th centuries, including superb representatives of medieval European iconography and pieces from the studios of the Northern European and Italian masters. You can also delve into French history with excellent works of art culled from the French Romanticism Movement.