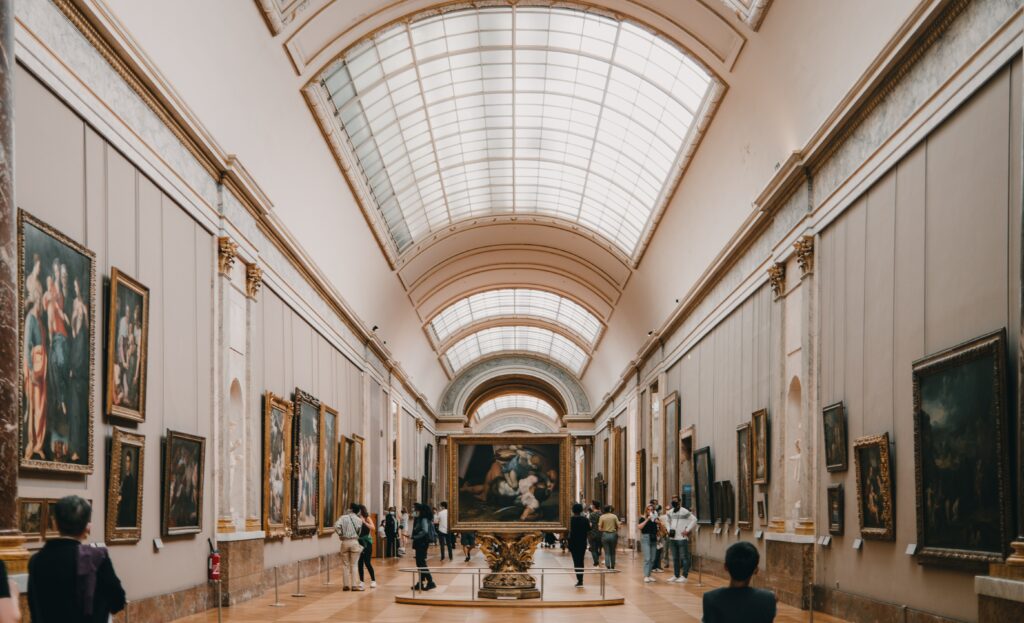 Museums are some of the coolest places on earth. On any given day, a museum will be teeming with adults and children alike who are there to learn while staring at an exhibit.

These houses of information hold anything and everything from educational artwork, dinosaur bones, historic garb, jewels worn by the pharaohs, painting, and the list goes on. Museums are places filled with education and history for the discerning inquisitive person, whether adult or child. “As incomparable places of discovery, they teach us about our past and open our minds to new ideas — two essential steps in building a better future.”

Because museums are so important, we celebrate International Museum Day 2022. This year on May 18, the festivities begin. This important day was started in 1977 by the International Council of Museums (ICOM). It is a very special day that been celebrated by tens of thousands of museums and in more than 150 countries and territories.

It’s been more than 20 years since the 9/11 attacks on U.S. soil, and the incident continues to have a profound effect on us all. The 9/11 Memorial & Museum is the museum to visit to learn and pay your respects to the victims. It is “the country’s principal institution concerned with exploring 9/11, documenting its impact, and examining its continuing significance.”

The museum offers resources for teachers, students, families and the public at hand. Resources include interactive timelines, oral histories, and a 9/11 primer, which all provide information about the attacks and impact afterward.

During the City Experiences tour of the museum, you’ll follow a local New York guide and visit St. Peter’s Church, St. Paul’s Chapel, the Oculus, and the FDNY Memorial Wall as well as the 9/11 Memorial, which includes the reflection pools and survivor tree. Your local guide will provide an overview before you start. 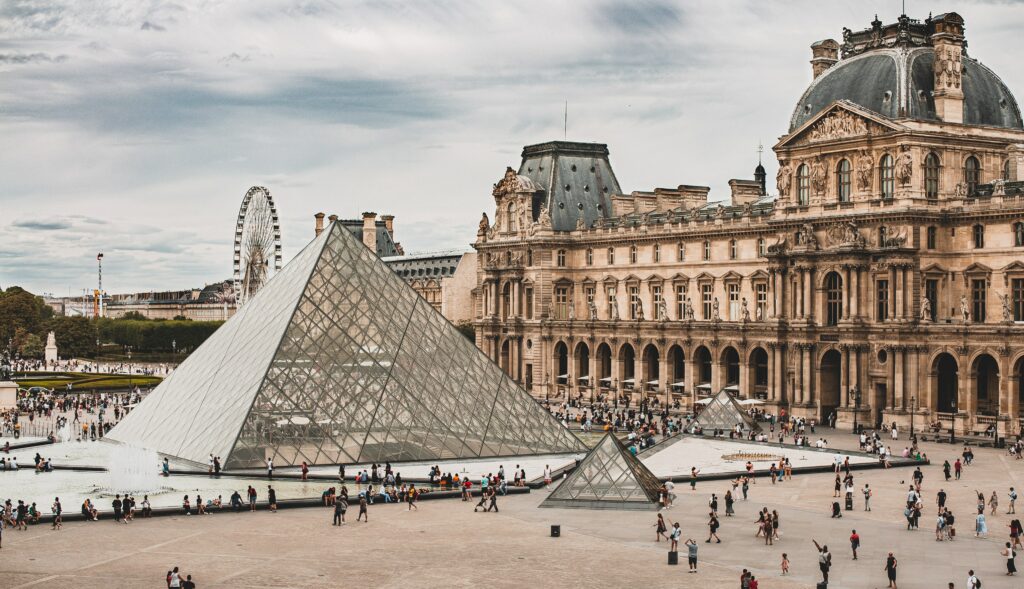 When in Paris Visit the Louvre

Did you know the Louvre, the famous museum in Paris and the largest museum in the world, was once a palace for French kings? The Louvre is filled with just about 10,000 years of history and is also home to d Leonardo da Vinci’s Mona Lisa, the most famous art painting in the world. The famed piece of art sits in the Salle des États, the largest room in the museum.

Other prominent works of art at the Louvre include Venus de Milo, a piece of Greek sculpture, and the Venus of Arles, which was found in 1651 in southern France.

In the museum you’ll gaze upon the French Romantics, Italian masterpieces, and even the Crown Jewels.

The Louvre in Paris Highlights Tour will show you some of the museum’s 35,000 works. You’ll see some of the best works of art in a shorter period of time while your tour is led by an art historian. Indulge in history with stories about the Mona Lisa being stolen.

Enjoy the Louvre not just for the artworks inside but also for the history as you experience tales of this spectacular building that was once a defensive fortress and then became a seat for French royalty. It was literally palatial, hosting the grandest of balls and royal affairs long before it became a museum. You’ll enjoy walking the museum and in the footsteps of the kings and queens who walked the halls before famed artwork graced its walls.

So Much to See in Madrid Including the Prado

While in Madrid, catch the Prado Museum, or the Museo Nacional del Prado, which is the main national art museum of Spain. Having turned 200 in 2019, the museum has lots of history to share with the public. It opened in November 1819 and was designed by Juan de Villanueva.

The walls of this great museum are adorned with Spanish, Italian and Flemish masterpieces, which include Velázquez’ Las Meninas and Goya’s Third of May, 1808. The collection at the Prado consists of 8,600 paintings and more than 700 sculptures.

City Experiences’ Madrid Prado Museum Tour & VIP Botin Lunch will feature about six people who will indulge in the essential art you have to see. You’ll more easily be able to enjoy the artwork while enjoying a three-course meal at Sobrino de Botín, a restaurant founded in 1725 and known for some of the best traditional cuisine of Madrid.

Take in the Tower of London and Explore an Infamous History

When you visit the Tower of London, you’ll find more than just a castle. It’s “a secure fortress, royal palace and infamous prison.”

You’ll see that the tower is not a tower, but “was a fortress and royal stronghold for British monarchs for some 1,000 years.” Its history is dark and filled with torture, ghosts, jailbreaks, and royal blood feuds among other juicy tales. Inside the tower there has been murder, executions and weird disappearances.

The Tower of London Tour is British royal history gone wild but speaks to those who love history and a good story. You’ll also get to feast your eyes on the Crown Jewels, “the largest collection of coronation regalia in the world.” 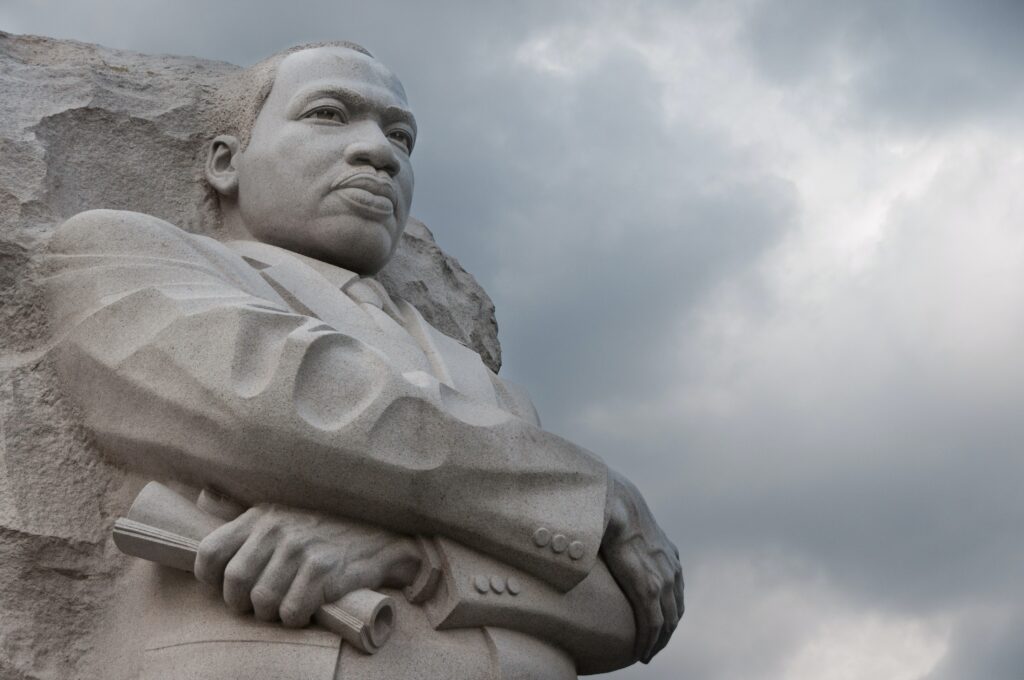 When in Washington, DC make a point to see the National Museum of African American History and Culture. Established by an Act of Congress in 2003, the museum “is the only national museum devoted exclusively to the documentation of African American life, history, and culture.”

The museum has more than 40,000 artifacts while almost 100,000 people have become members. Visitors can explore the African American culture, and learn vital history by way of interactive exhibitions.

Through this City Experiences tour, offering, you’ll learn about African-American culture and history in the DC area. You’ll also visit the MLK Memorial as well as the White House.

From the first African-Americans in Jamestown all the way through the Civil Rights movement, you’ll learn so much about history. You’ll also get to visit the Frederick Douglass National Historic Site, the vibrant U Street corridor, the National Museum of African American History and Culture, and more.

San Francisco’s Museum of Modern Art for the Discerning

As a museum of modern as well as contemporary art, The San Francisco Museum of Modern Art (SFMOMA) holds a collection of painting, photography, architecture, design, sculpture and media arts. It is in a building that is LEED Gold-certified, which was designed by Snøhetta and Mario Botta.

The museum is an important part of the San Francisco landscape and “believes the art of our time is vital and shares it with passion and purpose, and that art and the creative process can open minds and help build a better world.” From vast collections and exhibitions to public programs, SFMOMA stands out as an engaging place of art and learning for San Francisco and the world.

SFMOMA has more than 33,000 works of art on seven floors. From permanent to rotating exhibits, there’s always art to view at this spectacular museum.

With International Museum Day so close, there’s no reason not to visit some of the top museums in your area. Stop by for the fun and leave with some education.