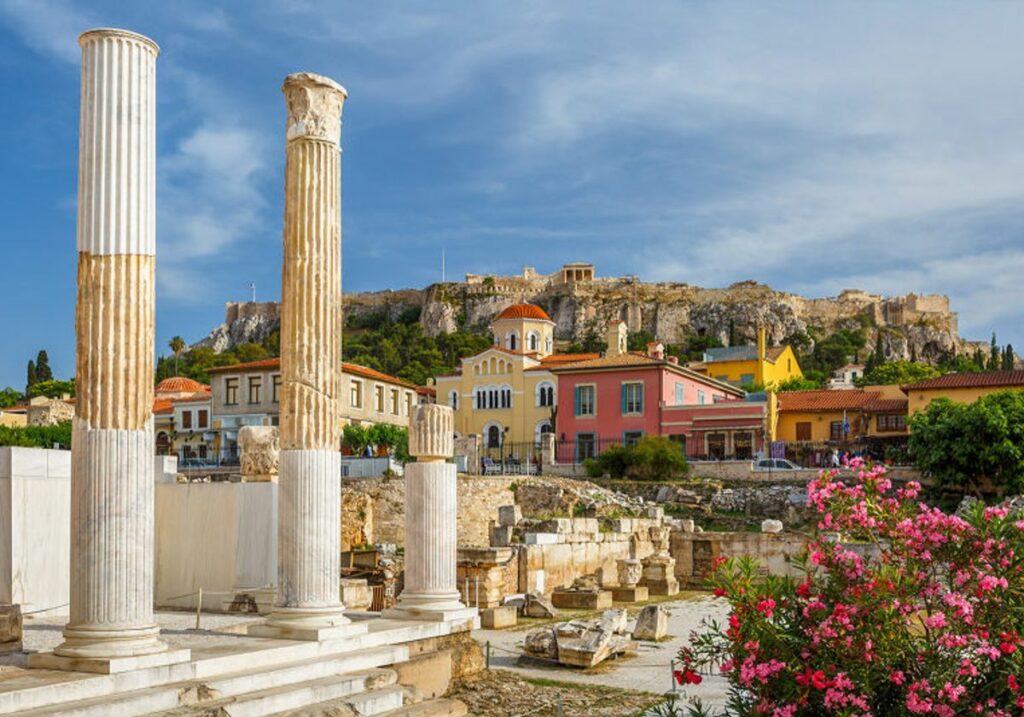 Explore the must-see locations of one of the most famous cities in the world and soak up history, culture, and breathtaking views.

You’d be hard-pressed to find a city with a more rich, fascinating history than Athens, Greece. As the capital, it’s the beating heart of the country, with a rich cultural heritage, sprawling markets, and a warm, inviting populace. And, as it’s home to nearly four million people, it’s also the largest city in Greece (and the seventh largest city in the European Union). But, despite being a hub of modern culture and business, you’re probably most familiar with Athens for its storied past—it is one of the world’s oldest cities, after all, with a recorded history spanning a whopping 3,400 years. Regarded as the birthplace of democracy and the cradle of Western civilization, the city was home to ancient Greek schools of learning—such as Plato’s Academy and Aristotle’s Lyceum—as well as fantastic monuments and works of art that still stand today, including the famed Parthenon. Plus, if you’re interested in ancient Greek mythology, there’s no better place to be than Athens to immerse yourself in the lore of years past, since the city is chock full of temples and statues dedicated to the Greek gods and goddesses. So, whether you’re looking to cross another country off your bucket list or you just finished reading the Percy Jackson & the Olympians series, strap in, and check out this short list of the best best things to do in Athens, Greece. 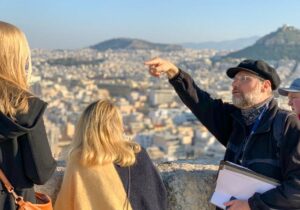 If you’re looking to get the gist of Athens (who isn’t?) the Best of Athens City Tour: First Entry Acropolis Tour, Ancient Agoras & Plaka Walk is the tour for you. You’ll get to check out the top attractions in Athens in only four short hours, so you’ll have the rest of the day to explore on your own. And, of course, you’ll be stopping by the Parthenon—only, it’ll be before most of the crowds arrive, since you’ll be following a specially timed itinerary with exclusive, skip-the-line tickets. On top of that, you’ll visit the Acropolis with a knowledgeable local guide to gaze upon some of the most breathtaking structures still standing from the ancient world, including the Monumental Gateway and Erechtheum (the ionic temple of Athena). Oh, and don’t forget about the Ancient Greek Agora— a central public space, similar to a town square—which you’ll enter with skip-the-line tickets, too. Then, make your way through iconic monuments, including the Temple of Hephaestus, and have a leisurely walk through the historic neighborhood of Plaka, which some describe as “a village within the city,” full of restaurants, jewelry stores, shops, and cafes. 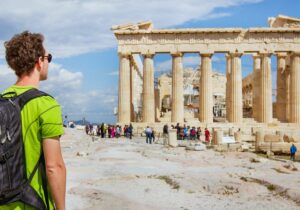 You’ve heard the name, you’ve seen the pictures: The Parthenon is one of the most famous buildings on the planet, and with the Pristine Parthenon: No-Crowds Acropolis Tour & Skip-the-Line Acropolis Museum Tour, you’ll have the unique, exclusive opportunity to see the site like never before. With included skip-the-line, first-entry tickets and a special itinerary provided by City Experiences, you’ll beat the crowds to the top of the Acropolis for the first viewing of the day. Then, stroll through the Acropolis with an expert guide and visit the Monumental Gateway, Erechtheum, Theater of Dionysus—god of wine and parties; one of our personal favorites—and more incredible attractions. (Plus, the panoramic views of the city are second to none.) You’ll also enjoy skip-the-line privileges at the New Acropolis Museum, which comes with a guided tour featuring the original Parthenon Marbles—a slew of ancient marble sculptures made under the supervision of the architect and sculptor Phidias—and the Caryatids, which are columns sculpted to look like female figures. You also get unrivaled access to the underground excavations—and with all-inclusive tickets, you can leave your wallet at home

Athens in a Day 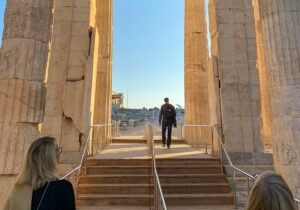 So, you want to get to know Athens? Like, really know Athens? Then the Athens in a Day: Complete Athens Day Tour with Acropolis tour, New Acropolis Museum, Plaka Walk & Olympic Stadium is going to be a must-do item on your travel list next time you visit the city. As the most comprehensive walking tour of Athens on the market (with four skip-the-line tickets included in the price), you’ll get to experience all—and we mean all—of the city’s main attractions in just a single day. We’re talking about checking out the Acropolis before the crowds, exploring the Greek Agora, walking the oldest street in the world on a Plaka City stroll, and seeing the treasures inside the New Acropolis Museum. You’ll also have the pleasure of visiting beautiful temples including the Stoa of Attalos, a beautiful covered walkway dedicated to a former King of the ancient Greek state of Pergamon, as well as the Temple of Hephaestus, who was the Greek god of blacksmiths, fire, and volcanoes. To cap it all off, you’ll step onto the field of the Olympians, the 2,300-year-old Panathenaic Stadium, like the athletic legends of old, and you’ll forever be able to say that you’ve walked in the only stadium in the world made entirely of marble. (Sure beats your high school gymnasium!)

But no matter where you go in Athens, be it the beautiful monuments, iconic ruins, or meticulously reconstructed buildings, there’s one thing that’s for sure: You’re bound to fall in love with this historic European capital. So, brush up on your ancient Greek mythology and break out the ouzo, because your next trip to Athens will be one for the history books.