Special Events & Holidays » Albus and Scorpius Do Time On Alcatraz 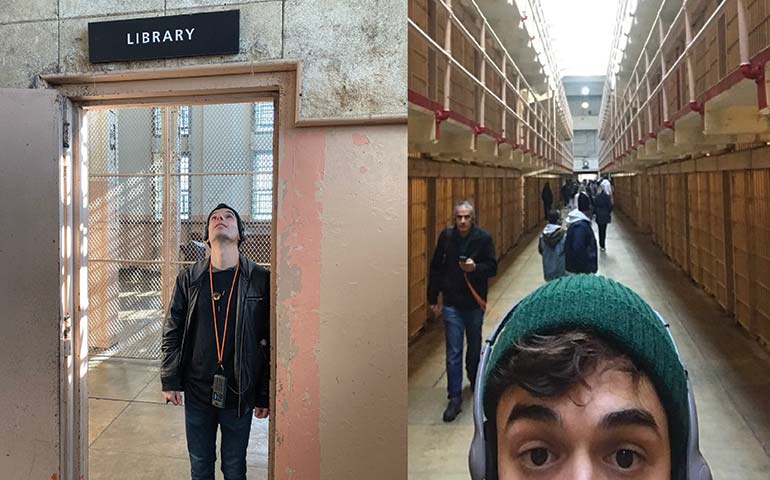 Nope, this isn’t the last ferry to Azkaban…

As most Harry Potter fans are aware, Harry Potter and the Cursed Child is now playing at the Curran Theater in San Francisco. As a result, Alcatraz Cruises had the pleasure of hosting some of the cast for a tour of the Island. Benjamin Papac and Jon Steiger, Albus and Scorpius in the Harry Potter realm, respectively, came aboard and “shot” their way through Alcatraz.

What many may not know, the name “Azkaban” is derived from a mixture of the prison Alcatraz, which is its closest Muggle equivalent, being set on an island, and “Abaddon,” which is a Hebrew word meaning place of destruction or depths of hell. Here’s J. K. Rowling to tell you more:

Want to discover the depths of Alcatraz to experience your own inspiration? On Tuesdays and Wednesdays in January and February, Alcatraz Cruises is offering a special Buy One Get One promotion for Bay Area residents.
Follow the link to start planning your incredible journey to ‘The Rock’: http://bit.ly/AlcatrazBOGOHP