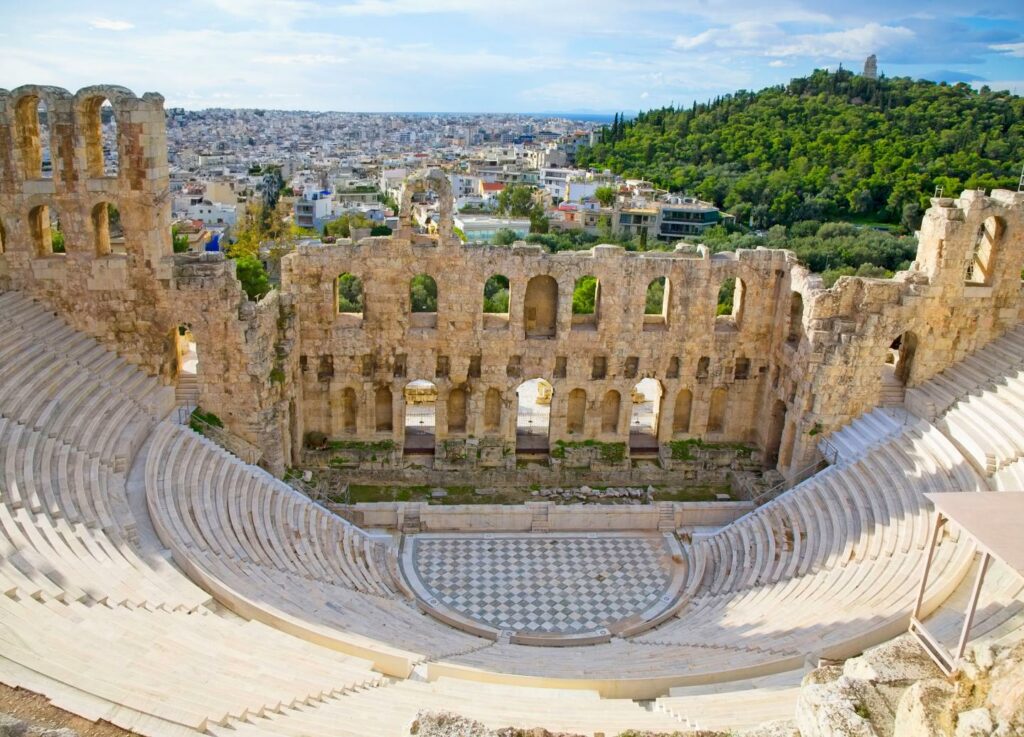 With beautiful weather year-round, Athens is the perfect weekend getaway no matter what time of year.

Athens is the capital of Greece, and one of the oldest cities in the world. Some of the most important philosophers of all time called Athens their home, and some of the best classical art and architecture can be found while walking the streets.

From ancient ruins to beautiful beaches and from contemporary street art to thousands of year-old amphitheaters, there is something for everyone in Athens. The capital of Greece is known for its many historical ruins mixed with contemporary architect. 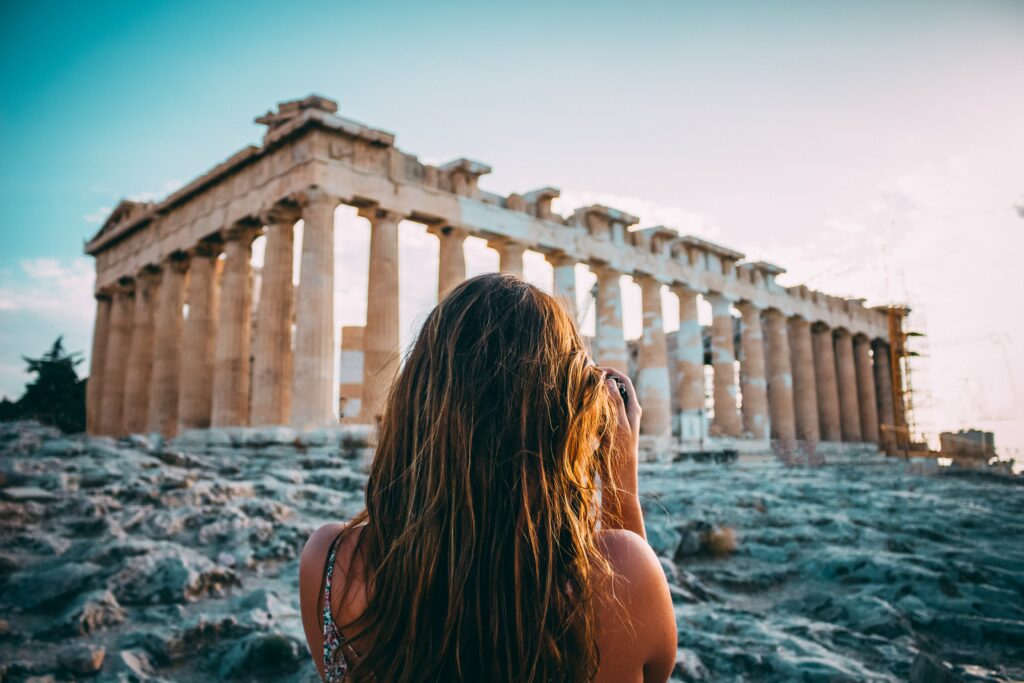 One of the most popular attractions in Athens is The Acropolis. This ancient fortress sits atop a rocky hill that can be seen from almost everywhere in the city. The area includes many ancient buildings and theatres, with the most famous being the Parthenon and the Theatre of Dionysus. At the entrance of the Acropolis is the Acropolis Museum. Visitors can view artifacts from the Acropolis and visit the archeological ruins that are underneath the museum.

At the foot of the Acropolis hill lies the historic neighborhood Plaka. This neighborhood is a popular place to stay with a mix of contemporary buildings and ancient sites. Exploring this area will bring you past beautiful squares, popular museums, an abundant of shops, and delicious cafes and restaurants.

Close to the Acropolis is another historically significant sight. The ancient Agora of Athens was a central public space thousands of years ago. Today visitors can view many popular ancient ruins. The Temple of Hephaestus is a Greek temple that is in the area and is one of the few buildings that is standing nearly all intact.

Another must see while in Athens is the 19th century Old Olympic Stadium. The Panathenaic Stadium is the only one in the world made entirely out of marble. The stadium hosted its first Olympic game in 1896. The Herod Atticus Odeon, a theatre built in a cliff over two thousand years ago, is another notable place to visit in Athens.

When planning your visit to Athens, there are many great Athens walking tours and Athens private tours.

The Pristine Parthenon Tour includes entry to the Acropolis first thing in the morning, which means no crowds to navigate through the Parthenon. In addition, a tour guide will point out all major sights up to the Parthenon like the Monumental Gateway, the Theatre of Dionysus, Erechtheum, and Hereodes Atticus. After a tour of the Parthenon, you will head back down Acropolis to have a private tour of the Acropolis Museum, where you will be able to view the original Parthenon Marbles and have access to the underground excavations. 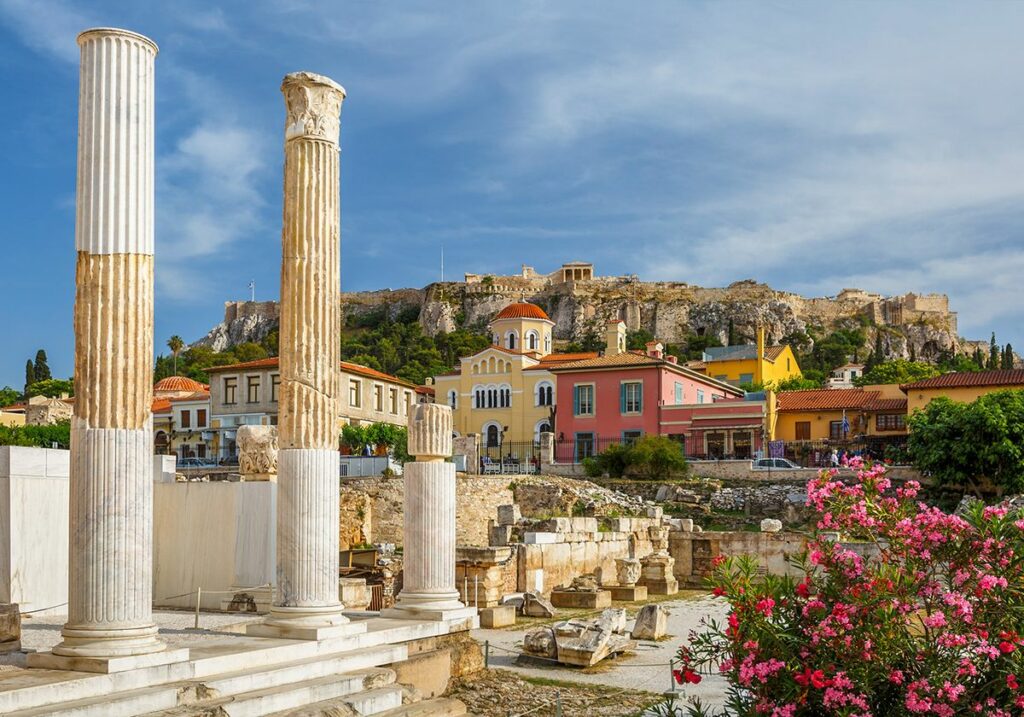 If you don’t have a lot of time, but want to enjoy everything that Athens has to offer, consider joining the Best of Athens City Tour. Visitors will start off this tour by visiting the Acropolis first thing in the morning, which means less crowds when visiting the Parthenon. After walking around the historical site and learning from the expert guide, guest will head back down towards the Ancient Greek Agora. This area was the commercial center in the old city and includes ruins that are up to two-thousand five-hundred years old. You will visit the Temple of Hephaestus, which is one of the best-preserved temples in Greece. Last, your guide will bring you to the neighborhood of Plaka where they will show you some of the main attractions in the area like the Tower of the Winds, the first meteorological station, or the Arch of Hadrian. At the end of the tour, guests will receive a pass that allows them entry into some of the city’s best attractions that can be used within five days. This includes the Temple of Olympian Zeus and Hadrian’s Library..

If you want a little more in your tour, there is always the Athens in a Day Walking Tour. Like the last tour, this one takes you to the Acropolis first thing in the morning to see the Parthenon without crowds. In addition, it has guests exploring the Ancient Greek Agora and the Plaka neighborhood. Unlike the previous tour, it also includes tickets and a guided tour of the Acropolis Museum and the Panathenaic Stadium, which is the only stadium in the world that is constructed entirely out of marble