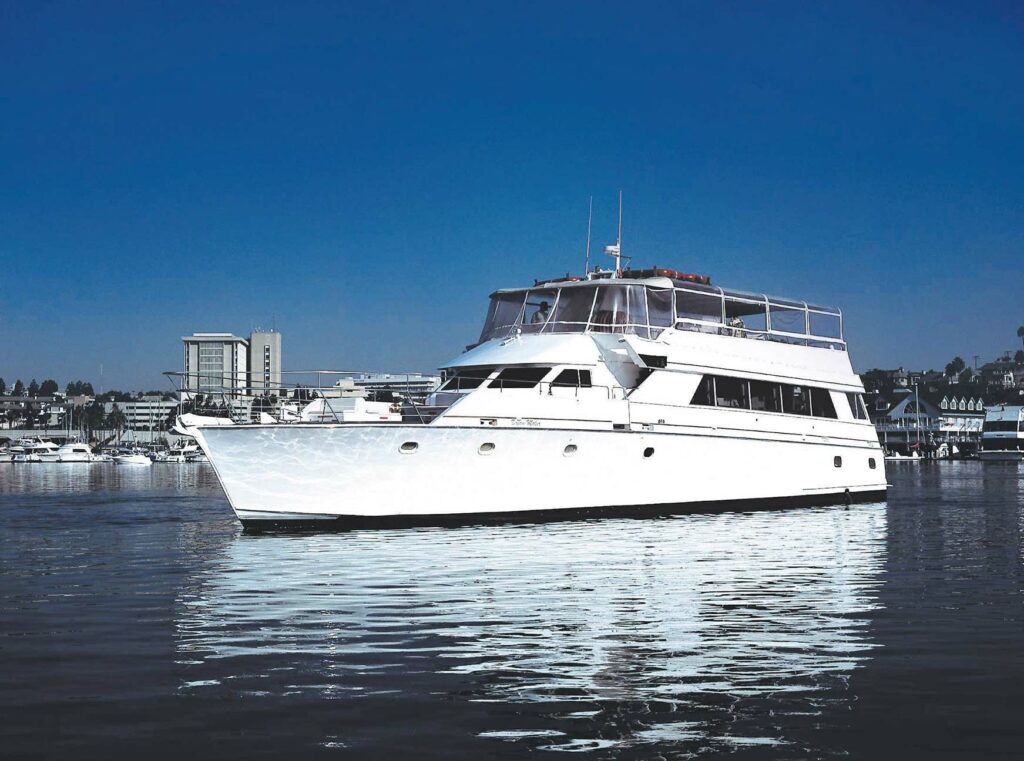 The Zumbrota in Marina del Rey was originally commissioned by circus baron Charles Ringling. in 1918, Zumbrota was recently added to the National Register of Historic Places. This remarkable pleasure craft is still sailing the marina and looking better than ever. The beautiful renovations, completed in early 2018, represent a fresh feel on a classic design. Highlights include the polished hardwood columns and stairwells, which make up the centerpiece of Zumbrota.

Travel back to vintage Hollywood aboard a private yacht, which boasts gleaming teak decks, sparkling antique brass fittings, luxurious window seats and giant bay windows offering expansive views. New plush, neutral-toned carpets, and parquet dance floor round out the fresh look. Glimpse what it might have looked like to share a cocktail with Zumbrota’s famous guests in the 1930’s who included legendary Hollywood icons Mae West, W.C. Fields and Douglas Fairbanks Sr.

This yacht can host up to 125 guests.

You may know Endless Dreams’ in Marina del Rey from HBO’s Entourage or CSI Miami. It’s a favorite of Hollywood producers! Since the yacht was launched in 2002, she has represented the very pinnacle of coastal contemporary yacht design. The upscale interior design in stylish blues and grays appointed with granite bars, modern woodwork, brushed chrome accents and custom lighting and brings you back to a more sophisticated time.

With 6,000 sq. ft. of event space on three spacious decks this yacht is the largest in the Newport Beach harbor and can host up to 450 guests.

With 6,600 sq. ft. of event space on three spacious decks this yacht is the largest charter yacht in the marina and can host up to 550 guests.

One of the most popular and historic yachts in the Newport Beach fleet, Dream Maker was remodeled in 2017 with a new bar and lounge. Built as P-510 during WWII, she was stationed in the Aleutian Islands in 1943-44 as a rescue boat for downed pilots. Known then as ‘crash boats’ only 200 have survived to this day. They were kept a secret for 25 years after the Korean War.

Dream Maker’s status as a Canadian-owned vessel would have prevented her from ever being certified by the U.S. Coast Guard for charters had it not been for a local Congressman who persuaded Congress to have her deemed as “a historical vessel.” After military service, she was sold to a Canadian who re-named her “Magnum Force” and refitted her as a private yacht complete with staterooms, salon, and even a Jacuzzi on the bow. Some of the original bunks remain though recent renovations include a classic contemporary look with marble and natural wood accents. This elegant yacht has been featured on TV and in films, including reality TV show More To Love (2010) and The Bold and the Beautiful, which featured Dream Maker as the royal yacht of an Arab Prince. In V.I.P. (2002) starring Pamela Anderson, Dream Maker featured in scenes for a high seas diamond heist. Little wonder she’s a popular charter yacht in Newport Beach for corporate parties, weddings, and receptions.

The yacht is 90ft. in length and can accommodate up to 90 guests.